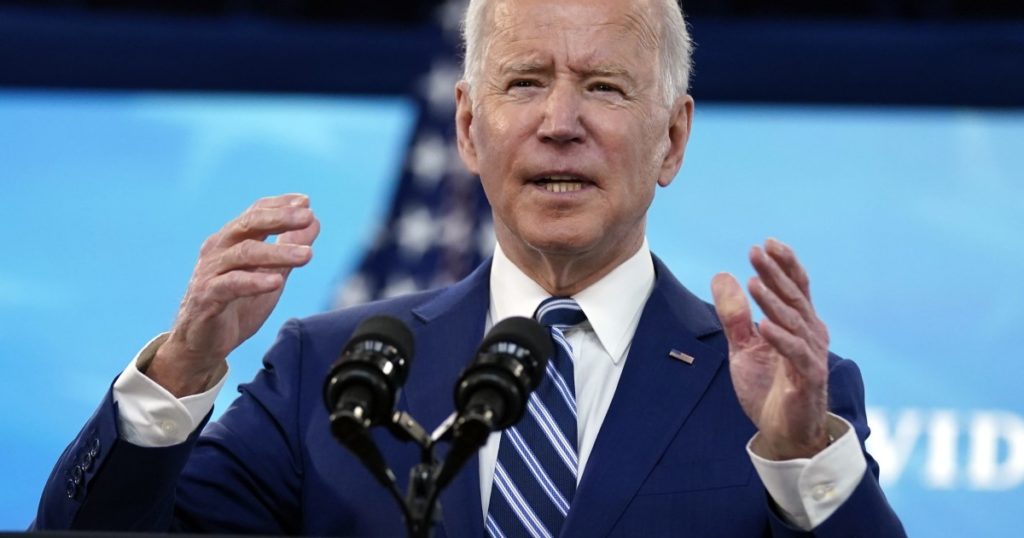 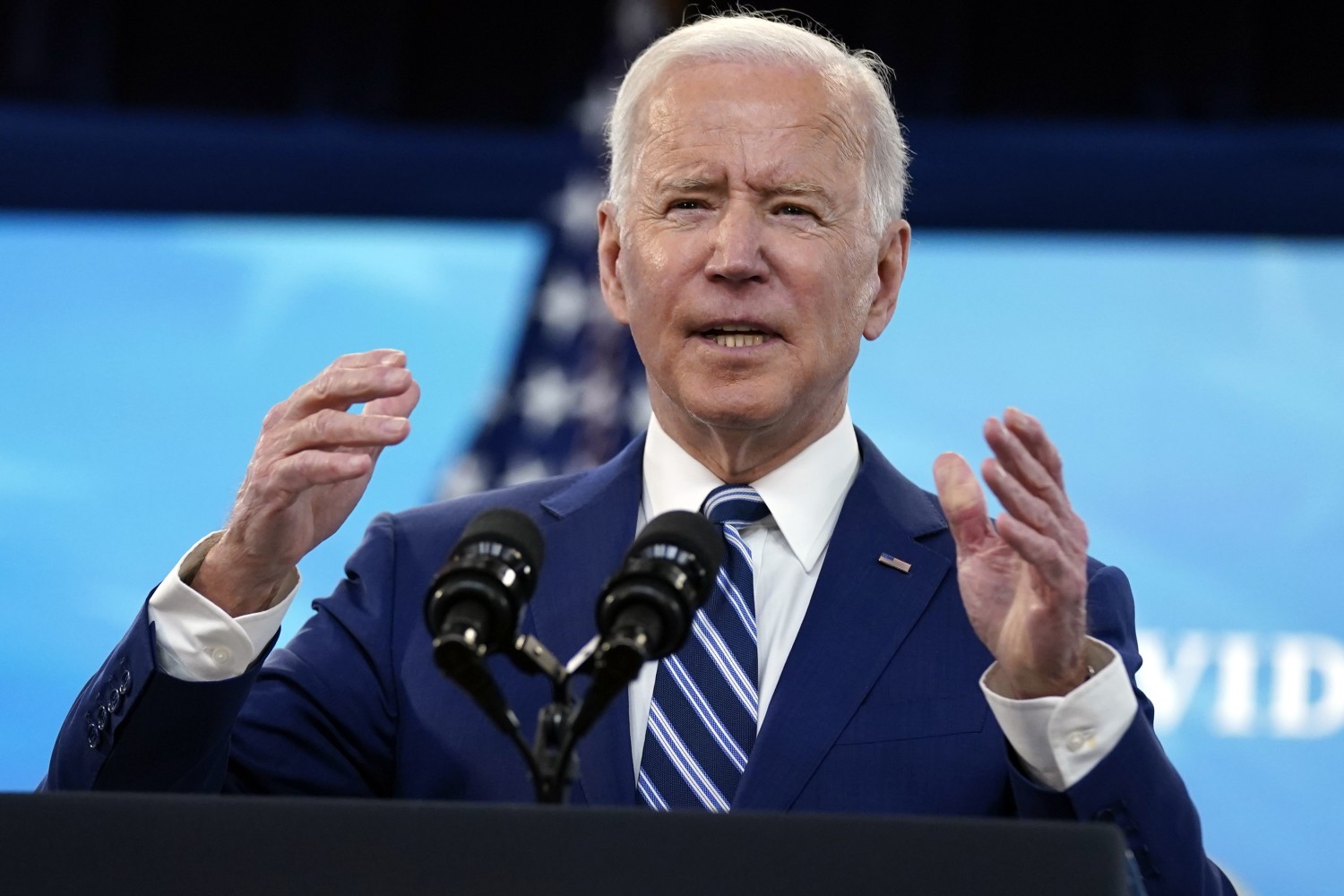 President Biden announced his first slate of judicial nominees Tuesday, moving quickly to put a diverse cast on the federal judiciary and placing a 50-year-old federal judge in position to potentially become the first Black woman nominated to the U.S. Supreme Court.

The 11 nominees contrasted sharply with the people appointed to the bench by former President Trump, who were overwhelmingly white and male. All three of Biden’s initial nominees to the federal appeals courts, the second-highest tier in the judicial system, are Black women. The nominees for federal district court posts include people who, if confirmed, would become the first Muslim federal judge and the first woman of color to serve on the federal bench in Maryland, the White House said.

In a statement, Biden referred to his picks as a “trailblazing slate of nominees” drawn from “the very best and brightest minds of the American legal profession.”

“Each is deeply qualified and prepared to deliver justice faithfully under our Constitution and impartially to the American people — and together they represent the broad diversity of background, experience, and perspective that makes our nation strong,” he said.

The current Biden nominee likely to attract the most attention, especially in the Senate, which will consider their confirmations this spring, is Judge Ketanji Brown Jackson, who currently serves as a federal district judge in Washington, D.C.

Biden has nominated her to serve on the D.C. Circuit federal court of appeals. That court is often tagged as the second-most influential in the country because of the many high-profile government-related cases that land on its docket. More pertinent in Jackson’s case, it has often served as a springboard for the Supreme Court. Three of the current nine justices — Chief Justice John G. Roberts Jr., and Justices Clarence Thomas and Brett M. Kavanaugh, served on the D.C. Circuit before being nominated to the Supreme Court. So did the late Justices Ruth Bader Ginsburg and Antonin Scalia.

Jackson, a well-regarded district court judge, has often been mentioned as a potential Supreme Court nominee in a Democratic administration. That speculation heightened during the presidential campaign when Biden promised during a debate to name a Black woman to the high court.

White House officials were quick to note that naming 11 judicial nominees by the end of March put Biden ahead of the pace set by his predecessors. White House Chief of Staff Ron Klain tweeted statistics Tuesday morning showing that in their first 100 days, President Obama made three nominations and Trump two while neither President Clinton nor President George W. Bush made any. Biden was at “11, with 30+ days to go,” Klain wrote.

The president previously served as chairman of the Senate Judiciary Committee, giving him extensive experience with the nomination process; Klain for a time was the committee’s chief counsel.

During Trump’s four years, Senate Republican leader Mitch McConnell of Kentucky led a concerted drive to fill every available judicial vacancy with conservative nominees, often relatively young judges whose lifetime appointments to the bench could last decades. Trump ended up naming 234 federal judges, including 54 to the courts of appeals, the second most in a four-year term. Partly as a result, several appeals courts now have strong conservative majorities.

Democratic activists have been anxious for Biden to begin quickly making his own appointments to redress what they see as an improper skew in the judiciary. Many of them fretted during both Obama’s and Clinton’s tenures that judicial vacancies were too low a priority for the Democratic administrations.

Because many judges appointed by Democrats held off on retiring while Trump was in office, Biden currently has more than 60 vacancies to fill, and the number is expected to continue to grow this year. Several of the appeals courts, however, almost certainly will retain a conservative majority well into the next presidential term.

On the Supreme Court, where Republican appointees have a 6-3 majority, Biden’s first chance to fill a seat could come if Justice Steven G. Breyer, 82, as widely expected, steps down from the court either at the end of the current term, in June, or next year to ensure that Biden can appoint his successor while Democrats control the Senate. Many Democratic activists were devastated last year when Ginsburg’s death weeks before the election allowed Trump to name her replacement, Justice Amy Coney Barrett and a Republican-controlled Senate to quickly confirm her.

Breyer, a politically experienced justice who worked for seven years earlier in his career as a top aide to Sen. Edward M. Kennedy of Massachusetts on the Senate Judiciary Committee, and was appointed in 1994 by President Clinton, is unlikely to let a similar scenario play out in his case.

Jackson worked as a law clerk to Breyer after graduating from law school, part of a resume that fits what is, at this point, the standard profile of a Supreme Court justice — graduation from an elite law school (Harvard in her case), judicial clerkships, and, if confirmed now, prior service on an appeals court. She also served as a federal public defender and as vice chair of the U.S. Sentencing Commission and has won praise in legal circles for the quality of her written opinions.

Indeed, to the extent that some Democrats have voiced reservations about her candidacy, the argument has ironically been that she has too many traditional qualifications. Some Democrats, including Biden’s ally Rep. James E. Clyburn of South Carolina, have suggested the president should look for a nominee who would break the mold of Ivy League graduates into which almost all the current justices fit.

In addition to three appeals court nominees, the current slate includes nominees for federal district court judgeships in New Mexico, Colorado, Maryland, New Jersey, and D.C., and a nominee for the D.C. Superior Court, the local trial bench in Washington.