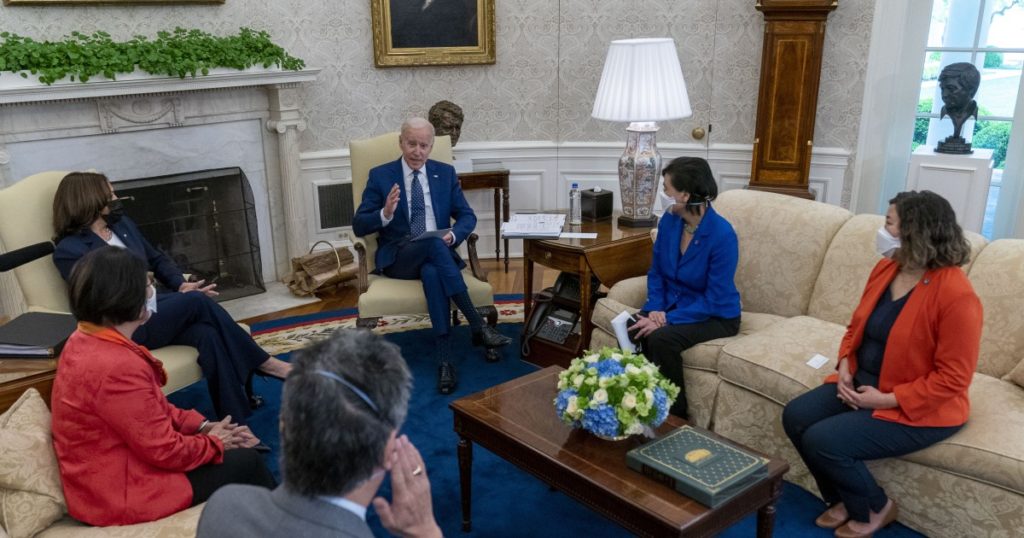 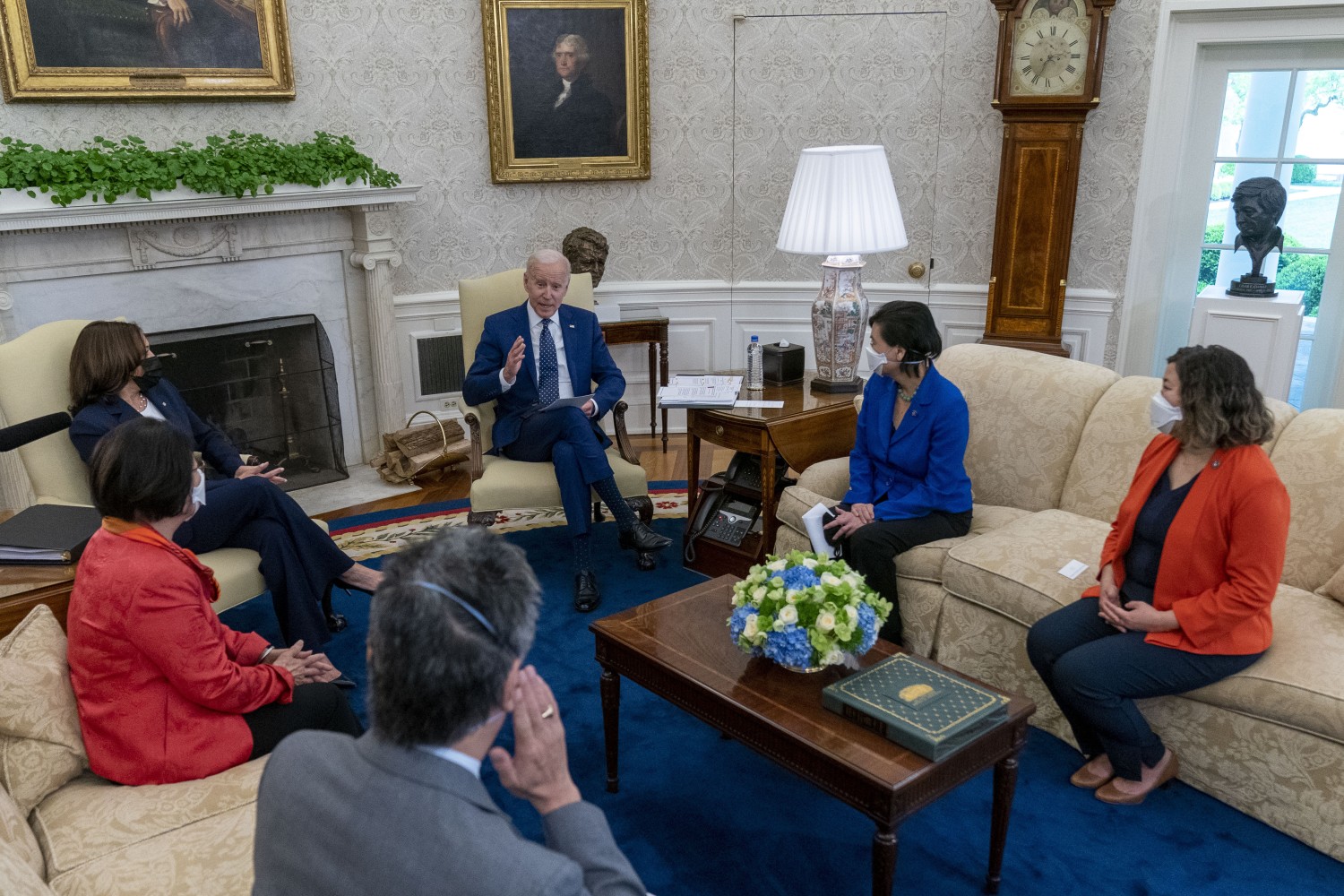 President Biden met Thursday with leaders of the Congressional Asian Pacific American Caucus, which has pushed for more Asian Americans in his administration and for a law to combat the sort of hate crimes against the group that have risen since the COVID-19 pandemic began in China.

“We need to stand with the AAPI community,” Biden said, referring to Asian Americans and Pacific Islanders, before reporters were ushered out of the Oval Office ahead of the private meeting.

He said he and Vice President Kamala Harris — the first vice president of Asian descent, who sat by his side — were “heartened” by the Senate’s preliminary 92-6 vote Wednesday to begin debate on bipartisan legislation that would would strengthen hate crime reporting and speed up the Justice Department’s review of those crimes.

The impetus for the legislative action, and for Asian Americans’ advocacy more broadly, was the March 16 killings at three Atlanta-area spas of eight people, six of them Asian American women, after months of violence nationwide against people of Asian heritage. The White House meeting came a day after the president hired a new advisor to placate two lawmakers who have criticized the lack of Asian Americans in his Cabinet.

On Wednesday, Biden appointed Erika Moritsugu as his administration’s liaison for Asian Americans and Pacific Islanders, following through on a promise to two Asian American senators — Tammy Duckworth of Illinois and Mazie Hirono of Hawaii — who threatened last month to oppose future nominees if he didn’t increase the group’s representation in his administration.

Moritsugu, who is of Japanese and Chinese ancestry, previously served as Duckworth’s general counsel and as an assistant housing secretary during the Obama administration.

During his first days in office, Biden made clear that he was serious about taking action against anti-Asian American hate crimes, which rose by nearly 150% last year, according to a study by the Center for the Study of Hate and Extremism at California State San Bernardino.

As he signed four executive orders addressing racial equity in January, including one directing more Justice Department resources to tracking hate crimes against Asian Americans, Biden called the rise in such violence “unacceptable” and “un-American.” He has also harshly criticized President Trump, who branded the coronavirus as “the China virus” and “the Kung Flu” as part of his effort to shift blame for the pandemic to China.

Senate Majority Leader Charles E. Schumer (D-N.Y.) said Thursday that he expects that Democrats and Republicans “will be able to figure out an appropriate number of reasonable, germane, non-gotcha amendments for the Senate to consider.”

Although Senate Minority Leader Mitch McConnell (R-Ky.) has yet to explicitly state that he and other Republicans may support the bill, Schumer predicted it would be approved by the Senate by next week.