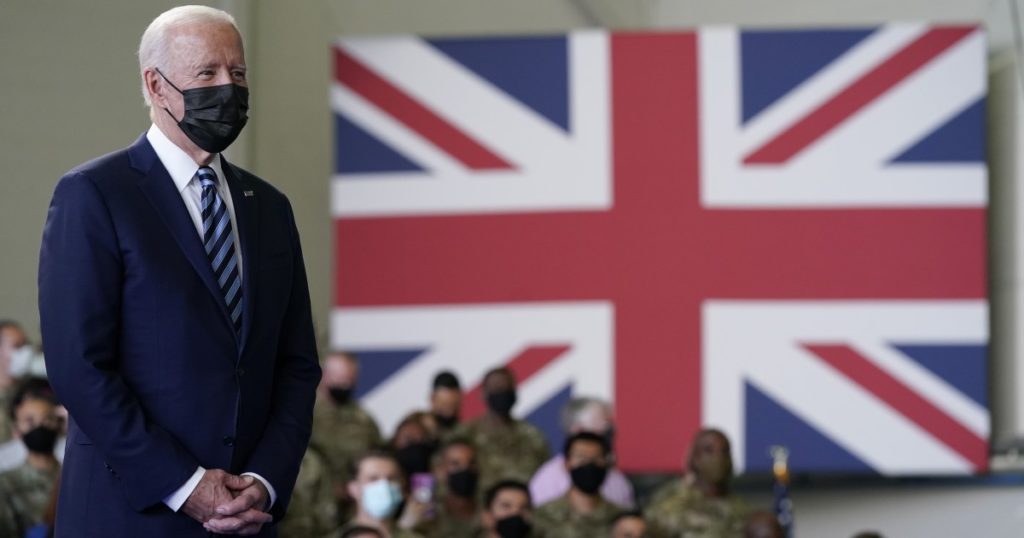 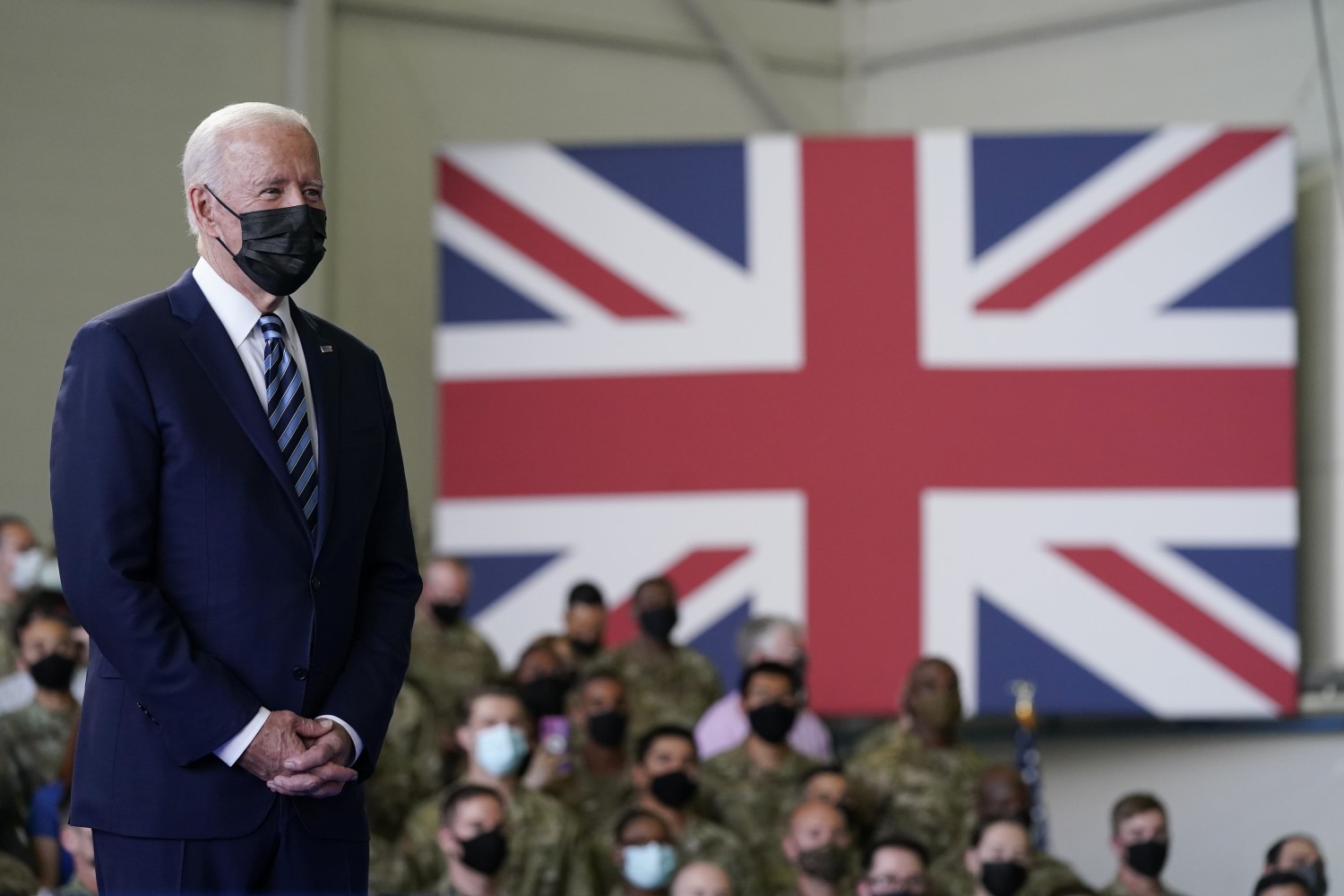 President Biden and British Prime Minister Boris Johnson greeted each other Thursday on the eve of an allied summit in England, for a meeting at which they will agree to a path toward reopening travel between the United States and United Kingdom, part of a much broader effort to renew the 80-year-old partnership between their countries.

During a meeting here ahead of the Group of Seven summit that starts Friday, the two leaders, despite their political and personal differences, plan to highlight new opportunities for collaboration on major global challenges, including climate change, to demonstrate the resilience of the world’s democracies.

“Everybody’s absolutely thrilled to see you,” Johnson, the host of the G-7 summit, told Biden as they met.

Besides announcing a new working group to determine how to ease pandemic-related travel restrictions, Biden and Johnson also plan to announce new efforts to boost global coronavirus vaccine supplies, including a U.S. donation of 500 million doses of the Pfizer vaccine for 100 underserved nations, and more ambitious commitments to reduce carbon emissions to slow the pace of climate change.

In a gesture heavy with symbolism, they will examine the original Atlantic Charter, the declaration signed by President Franklin D. Roosevelt and Prime Minister Winston Churchill in 1941 that set out American and British goals for the world after the end of World War II. They’ll reaffirm their countries’ partnership by agreeing to an updated version of the pact emphasizing shared democratic values.

At a time when authoritarianism and nationalism have been on the rise, the new charter will outline priorities, values and challenges that include defending democracy, reaffirming the importance of collective security, building a more fair and sustainable global trading system, combating cyberattacks, addressing the climate crisis, protecting biodiversity and bringing an end to the coronavirus pandemic, an administration official said prior to the meeting.

“It is not meant to presage a new cold war,” the official said of the update. “It is meant to presage a much more complex global landscape … [with] …new transnational challenges and authoritarian competition.” The updated charter, the official continued, would “make clear what coming decades of the 21st century can and should look like from the perspective of common aspirations and common values for people everywhere.”

Biden and Johnson, the official said, are also expected to agree to pursue a bilateral technology agreement to reduce barriers for British tech firms in working with U.S. companies; it could be signed next year. The two leaders also will open a new dialogue on energy and commit to holding a joint summit in the coming months on boosting efforts to find a cure for cancer.

But the first meeting between these two leaders won’t be without a measure of awkwardness. That is mostly related to Brexit and unresolved issues stemming from the U.K.’s exit from the European Union late last year — a geopolitical disruption that threatens the Good Friday Agreement, which is the enduring deal for peace in Northern Ireland that was brokered more than two decades ago largely by American politicians, including Biden.

Biden, who opposed Brexit, will tell Johnson, who rose to power by supporting it, that the United States expects to see the peace treaty maintained, according to national security advisor Jake Sullivan. It would be up to Biden and Johnson, Sullivan said, to work out the particulars.

“Whatever way they find to proceed must at its core fundamentally protect the gains of the Good Friday Agreement and not imperil that,” Sullivan said earlier this week when asked about the message Biden wanted to send.

Johnson, dubbed the “British Trump” including by the former U.S. president, began his rise to power when British voters, in a big surprise, narrowly approved the 2016 Brexit referendum he supported. Johnson was elected prime minister in 2019 and inherited the complex job of carrying out Brexit.

As he looks to demonstrate his country’s strength and resilience as an independent entity outside of the EU, Johnson finds his nation perhaps more reliant on the U.S. That is evidenced by the desires for a new, bilateral trade pact between the two nations, and for continued and expanded security cooperation.

“What we’re seeing in a post-Brexit U.K. is a U.K. that wants to stay as close as possible in lockstep with the United States on its military posture, particularly on technology and cyber capabilities,” said Heather A. Conley, a Europe specialist at the Center for Strategic and International Studies, a Washington think tank.

Donald Trump’s defeat, however, has left Johnson with a less compatible personality in the White House — one who speaks with pride about his Irish heritage, for example. During the 2020 campaign, Biden even referred to Johnson as a “physical and emotional clone” of Trump.

Johnson, for his part, has recently seemed to bristle at the longstanding phrase “special relationship” that has long defined the ties between the two countries. He appears driven more by pragmatism than the sort of personal affinity between leaders that has at times been a feature of the U.S.-U.K. partnership, dating back to the bond between Roosevelt and Churchill.