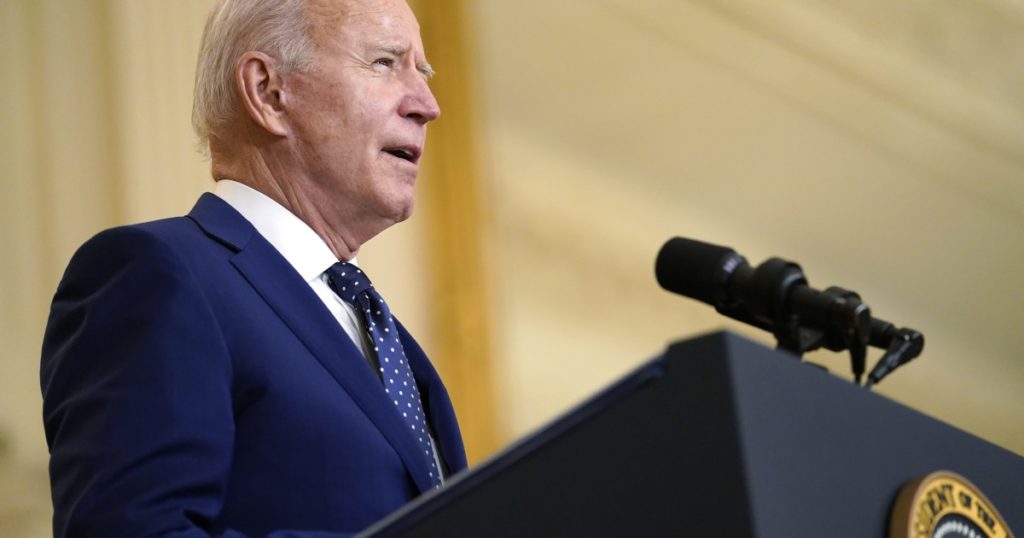 President Biden kept in place Friday the Trump administration’s historically low cap of 15,000 refugees allowed into to the United States, a reversal of promises to let in over 60,000 people fleeing danger and persecution this year.

Biden’s decision signaled a break from his vows on the campaign trail and in the White House, as well as his broader rhetorical commitment to quickly replace former President Trump’s nativist-fueled immigration policies with a more humane approach. The move drew outrage from refugee advocates as well as Democrats, who criticized the president more strongly than they have on any issue in his first months in office — which prompted a walk-back from the White House within hours.

“There are simply no excuses for today’s disgraceful decision,” tweeted Rep. Ilhan Omar (D-Minn.), whose family fled civil war in Somalia. “It goes directly against our values and risks the lives of little boys and girls huddled in refugee camps around the world. I know, because I was one.”

“Say it ain’t so, President Joe,” said Sen. Richard J. Durbin of Illinois, the No. 2-ranked Democrat in the Senate.

“I want to reflect my deep concern about the extremely low refugee cap announced today by the Biden administration,” said Sen. Dianne Feinstein (D-Calif.). “I find it surprising.”

After hours of outcry over Biden’s order, known as an emergency presidential determination, the White House appeared to backtrack, saying in a statement later Friday that Biden would announce a new cap next month.

“We expect the President to set a final, increased refugee cap for the remainder of this fiscal year by May 15,” White House Press Secretary Jen Psaski said.

The Biden administration earlier Friday attributed the decision to keep the low refugee cap on the challenges of the COVID-19 pandemic and of rebuilding the U.S. refugee program, which the previous administration effectively dismantled.

“It was even more decimated than we’d thought, requiring a major overhaul in order to build back toward the numbers to which we’ve committed,” a senior administration official said in a statement to The Times. The White House declined to name the official or provide a reason for anonymity. “That build back is and has been happening and will enable us to support much increased admissions numbers in future years.”

In the emergency determination, the administration said it would reallocate the 15,000 slots to more equitably distribute them among vulnerable refugees from Africa and the Middle East — regions targeted by Trump’s bans — and it would speed up processing by increased testing, vaccine access and travel approval, according to the official’s statement.

In February, Biden said he’d raise the refugee cap for next fiscal year to 125,000, and would put a “down payment” on that pledge this year. In a report to Congress, his administration proposed a ceiling of 62,500 slots this year.

“It’s going to take time to rebuild what has been so badly damaged, but that’s precisely what we’re going to do,” Biden said at the time.

The about-face from that position early Friday to keep the 15,000 refugee cap immediately prompted calls from some of the president’s closest supporters urging another reversal.

“The United States has a proud, bipartisan tradition of providing refugees protection through resettlement,” Menendez said in a statement. “As we face the largest global refugee crisis in history, with 29.6 million refugees worldwide, resettlement serves as a critical tool.”

Menendez also said the decision was preventing the State Department from admitting vetted refugees already waiting in the system.

More than 100,000 refugees await resettlement to the United States, according to Amnesty International, including 35,000 refugees already approved for placement. Since January, over 700 of them have had flights to the U.S. canceled at the last minute.

“Today, President Biden is turning his back on tens of thousands of refugees around the world,” Amnesty’s Joanne Lin said in a statement.

As concern spread among White House allies, Psaski said in her statement that there had been “some confusion” over Biden’s directive, and she gave the new May 15 date for an announcement on an increased cap.

But her statement also said: “Given the decimated refugee admissions program we inherited, and burdens on the Office of Refugee Resettlement, [the president’s] initial goal of 62,500 seems unlikely.”

Since the fiscal year began on Oct. 1, just over 2,000 refugees have been resettled in the U.S., putting the Biden administration behind pace to reach even 15,000 — the lowest ceiling set since the refugee program began 40 years ago.

Trump’s administration set that cap in its last year; some of his White House advisors had pushed for zero.

Psaski said earlier Friday that the administration’s delayed action on refugee admissions was due in part to an increase in migration to the southern border. She said resources for vetting, processing and resettling refugees in the U.S. have been diverted to respond to the increase.

“It is a factor,” said Psaki, noting that the Office of Refugee Resettlement at the Health and Human Services Department, which is charged with the care of unaccompanied migrant children, “does management and has personnel working on both issues, and so we have to ensure that there is capacity and ability to manage both.”

The federal government is holding about 20,000 lone migrant children in its custody, and March marked the highest number of unaccompanied minors ever recorded seeking asylum at the border, according to U.S. officials. Still, the Biden administration is quickly expelling some 70% of migrants at the border, under a Trump-era pandemic policy known as Title 42; the overwhelming majority of those migrants are single adults.

Refugee and asylum procedures are separate and distinct: Refugee status is applied for from outside the United States, whereas asylum — a legal right afforded to migrants — is claimed at or within U.S. borders.

Refugees do not choose which country they will be resettled in; that recommendation is made primarily by the United Nations. To be placed in the United States, refugees must pass the strictest vetting process in the world, which takes well over a year.

The processing of refugees and asylum seekers is handled by different officials within U.S. Citizenship and Immigration Services, in coordination with the State Department and other federal agencies. Customs and Border Protection is initially responsible for migrants crossing into the U.S.

HIAS, an international Jewish nonprofit that works on refugee resettlement and asylum in 16 countries, called the decision earlier Friday a “bitter disappointment” and said in a statement that Biden had “broken his repeated promises.”

The White House released the following proposed allocations for fiscal 2021, which ends Sept. 30: