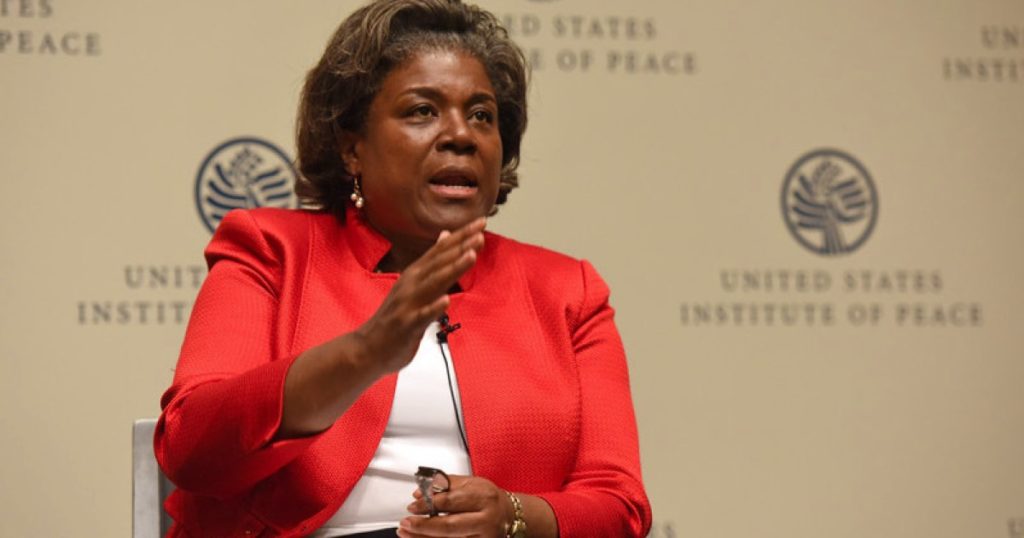 Five days after President Trump took office, Linda Thomas-Greenfield, assistant secretary of State for African affairs, was summarily fired — the start of what was to become a purge of senior State Department officials and career professionals over nearly four years.

That is expected to include an ambitious campaign to rebuild the department’s ranks by recalling veteran officials like herself who were driven away and refilling many of the approximately 1,500 foreign service and civil servant jobs lost under Trump, as well as vacant ambassadorial positions.

Biden’s ability to fulfill his promise to restore “normalcy” in the U.S. government will rely heavily on whether he can revitalize key agencies, starting with State and including the Environment Protection Agency, Education Department and Labor Department.

“There is going to be a need to massively rebuild the government,” said Max Stier, president of the Partnership for Public Service, a nonprofit that tries to improve the effectiveness of the federal government.

Biden’s government experience and respect for diplomacy can only go so far, current and former officials warn. Some of the damage inflicted under Trump — disparaging professional statecraft, dismantling interagency systems and filling positions with inexperienced friends — may take months if not years to repair.

“You can’t do it overnight. You’ve got to create a relationship of trust with the career workforce,” Stier said.

Thomas-Greenfield, who was the highest-ranking Black diplomat at State when she was fired in 2017, is advocating a bold initiative of recruitment that focuses both on experience and on broadening diversity; the numbers of people of color in important State Department jobs has also plummeted.

“The United States needs a top-to-bottom diplomatic surge,” she wrote in a recent article in Foreign Affairs magazine. “The Trump administration’s unilateral diplomatic disarmament is a reminder that it is much easier to break than to build. The country doesn’t have the luxury of waiting for a generational replenishment.”

For the moment, Trump’s refusal to acknowledge his loss to Biden is slowing her effort by withholding crucial information about budget and vacancies.

The transition period is critical because it’s the one time when “you get unencumbered by the day-to-day developments and the requirements of the inbox,” Denis McDonough, former chief of staff to President Obama, said in an interview. It’s hiring, converting campaign promises to policy, morale, communications and identifying what experts remain who can do the job, he said.

“It’s also about making sure you have the budget authority, you have the plans, and you have preparation and the understanding of the institutions to carry them out,” McDonough said.

He said he often ran into worried career employees on the street after Trump won in 2016. “A lot of people asked, ‘Should I stay?’ And my answer always was, ‘Uncle Sam needs you. We need apolitical experts advancing the national interest based on not ideology, not partisanship,’” he said.

Biden is also expected to again put apolitical career diplomats into senior positions; under Trump, most were replaced with political appointees or acting officials.

“It begins with appointments,” said Uzra Zeya, a retired 27-year veteran diplomat who specialized in the Middle East and Southeast Asia. “It is a totally anomalous situation in the State Department’s modern history to have exactly zero career officers as confirmed assistant secretaries of State. … There are exactly zero African Americans at assistant secretary level or above.”

A swift recovery of lost talent and reinvigoration of those who remain is all the more important in light of the apparent drop in interest among young people to enter foreign service. The number of young potential diplomats taking the entrance exam for the foreign service plummeted from 20,000 in the early Obama years to fewer than 5,000 now.

“You can start hiring people now at the entry level, but it could be, what, 10 years before they have real heavy experience under their belts,” said Patrick F. Kennedy, a four-decade veteran of the State Department who was dismissed along with Thomas-Greenfield.

The policies that a revived State Department will tackle include reentering multilateral global efforts that Trump eschewed, such as the Paris climate accord and Iran nuclear deal. A Biden administration is expected to remain tough with China and Russia while mending fences with allies like Germany whom Trump routinely dissed. And the new government will probably take a more balanced approach in the Israeli-Palestinian conflict, after Trump and his inner circle showered favors on Israeli Prime Minister Benjamin Netanyahu.

Many former State Department workers are expected to eagerly return to their jobs, particularly under an administration that values their work.

“The most important confidence-building step will be to have a president with a secretary of State who trusts the professionals and empowers them to do their jobs, instead of a daily dose of contempt,” said Thomas Countryman, the former head of arms control who was dismissed with Thomas-Greenfield.

Countryman received his pink slip while he was traveling in Jordan on State Department business.

Getting back to having competent people in leadership and in ambassadorial positions could be achieved in four years, Countryman said. But, he added, “rebuilding confidence in U.S. diplomats among other governments could take longer.”