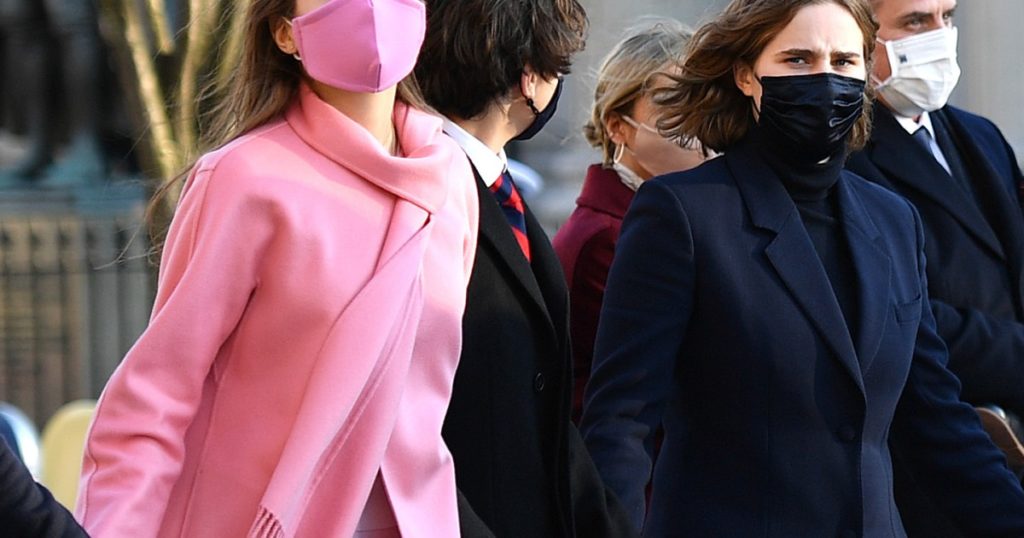 Natalie, one of seven grandchildren of President Joe Biden, was one of the fashionable standouts at the presidential inauguration in Washington, D.C. The 16-year-old stole the runway show with a monochromatic pink coat and matching mask among a sea of purple and blue shades worn by Vice President Kamala Harris, former First Lady Michelle Obama, former Secretary of State Hillary Clinton, and her grandmother, First Lady Jill Biden.

Social media was buzzing Wednesday about the younger Biden’s all-pink look along with the Miu Miu coat worn by Ella Emhoff, the vice president’s stepdaughter. We’ll likely get to know more about the eldest child of the president’s late son, Beau, and his widow Hallie as Joe Biden’s first term commences.

(For those wondering: Natalie’s coat is custom, but there’s a similar pink cashmere coat ($2,698), which also comes in gray, on sale at the Lafayette 148 New York website.)

“Natalie biden really serving pls,” one person tweeted, along with viral video of the teen making her inauguration debut.

“Natalie biden i am in love w u,” wrote another, adding, “ok it’s official bright pink gonna be a 2021 fashion trend.”

According to Town & Country, “Though more private than her cousins, Natalie campaigned for her grandfather in the 2020 election and even spoke about having Dr. Jill Biden as a grandmother at the 2020 Democratic National Convention.”

Appearing during the virtual 2020 DNC in August, Joe Biden’s granddaughters opened up about their close relationship with the president, while Natalie called him out for “eating [ice cream] in the freezer so that my grandma doesn’t see.”

The young women also discussed the president’s daily habit of checking in on his granddaughters via phone, as well as his concerns about how a 2020 presidential run might impact his family.

“Pop told us that this election would be totally different from any other election, ever. He was worried how it would affect his kids,” Natalie said during the DNC segment. “We just knew that he had to run, and we weren’t gonna take no as an answer.”

The Gen Z trendsetter has also amassed 1.4 million followers on TikTok, where she posts videos of herself and her friends dancing and singing along to popular tunes.

Natalie Biden is my new style icon in that pink coat / mask combo.

Anybody else deeply in love with Natalie Biden? Just me, alright.