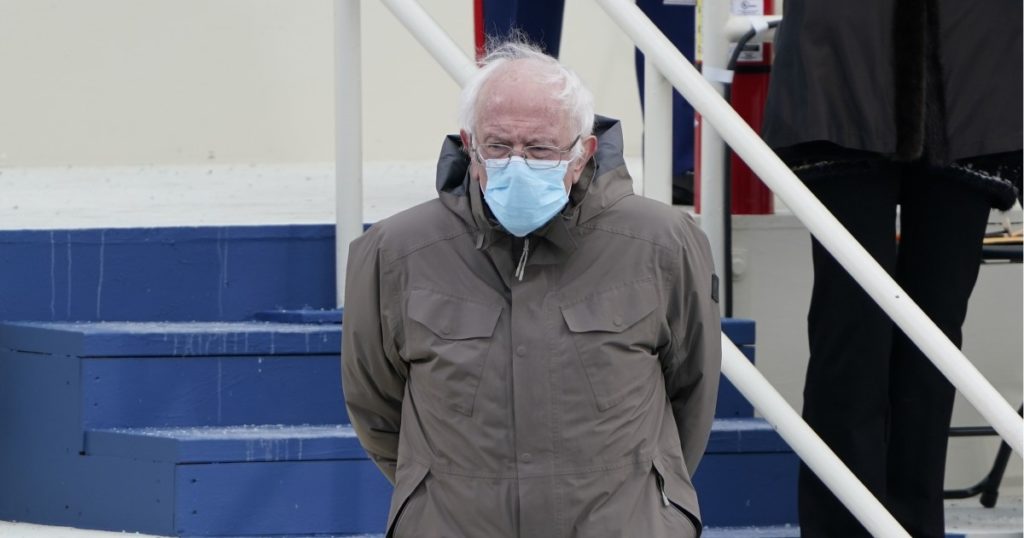 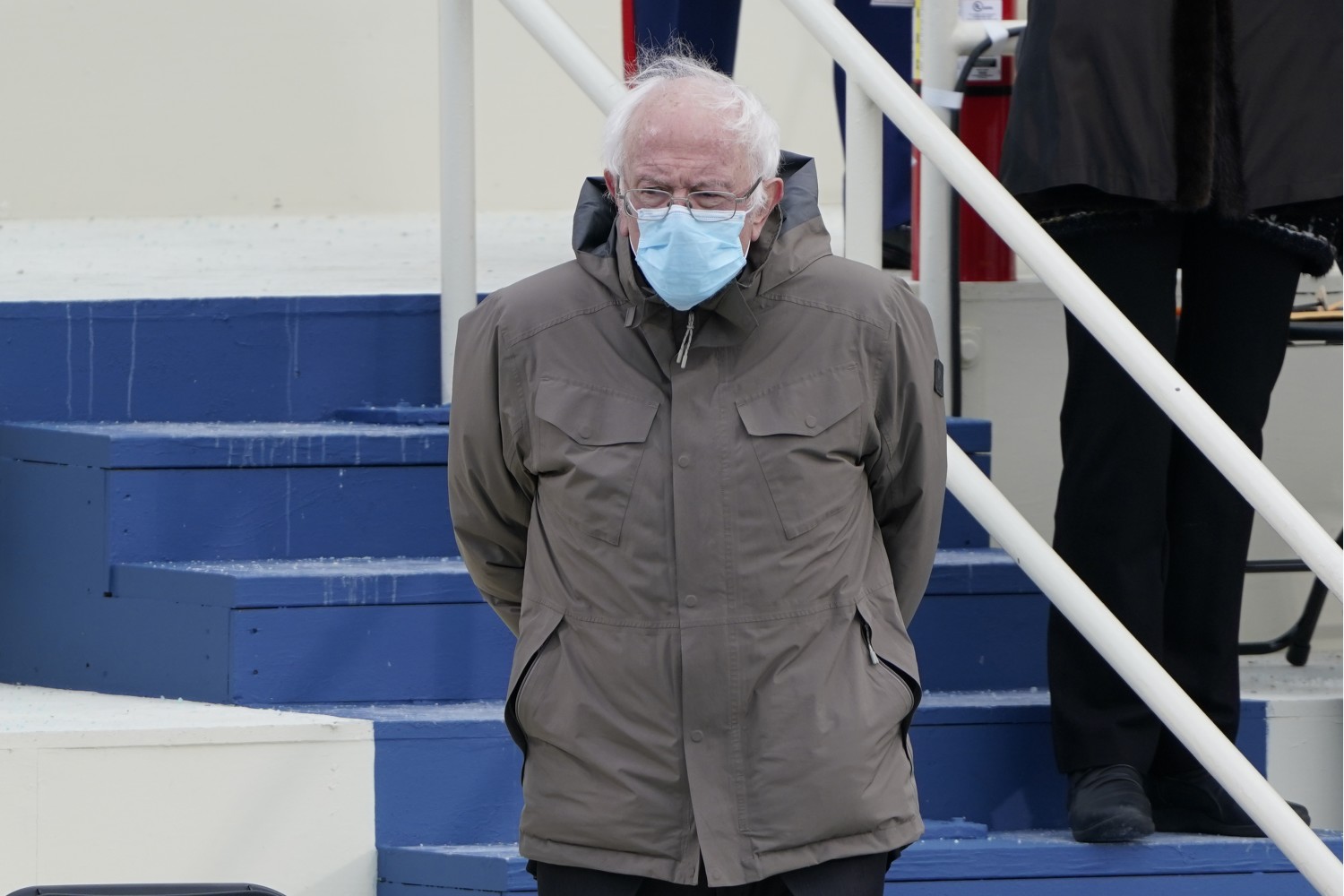 Sen. Bernie Sanders certainly felt the icy burn of the cold day at the Capitol as well as that of the pithy Twitter users who couldn’t get enough of his casual Inauguration Day look.

The Vermont senator became an unexpected meme during Wednesday’s festivities after being photographed appearing extremely uncomfortable and cold while in his seat ahead of the ceremony in Washington, D.C.

But Sanders, a former presidential hopeful who became an important ally to President Joe Biden during the 2020 campaign, made a sartorial statement all his own. One of the IDGAF variety.

The 79-year-old lawmaker donned his signature utilitarian Burton jacket amid a sea of bespoke trench coats. (Burton is a snowboarding company based in Burlington, Vt., and a longtime supporter of Sanders).

The progressive politician also prominently displayed patterned knit mittens and inexplicably carried a large manila envelope to the ceremony. It’s all business, all the time for this no-frills civil servant.

Ruby Cramer, a reporter for Buzzfeed, noted that Sanders previously wore the same mittens on the campaign trail during his presidential bid. The Green New Deal scribe was given the mittens two years ago by Vermont teacher Jen Ellis, who made them “from repurposed wool sweaters” and lined them with “fleece made from recycled plastic bottles.” Men’s magazine Esquire noted the jacket proved that “You Only Need One Good Coat.”

Bernie’s mittens are made by Jen Ellis, a teacher from Essex Junction, Vt. She gave them to him 2+ years ago and was surprised when he began wearing them on the campaign trail. They are made from repurposed wool sweaters and lined with fleece made from recycled plastic bottles. pic.twitter.com/ErLr29lY2t

Like the other guests attending the inauguration during the COVID-19 pandemic, Sanders also wore a disposable blue surgical mask. But that’s neither here nor there.

Here are the best tweets reacting to Sanders’s look and stance, and some of the best guesses as to what was in that envelope:

Bernie dressed like “Gotta drop this off at the post office, get a money order while I’m there, maybe grab a coffee, and if I got enough time maybe pick up some milk on my way home” 😂😂 Black Twitter pic.twitter.com/8KRDShxML0