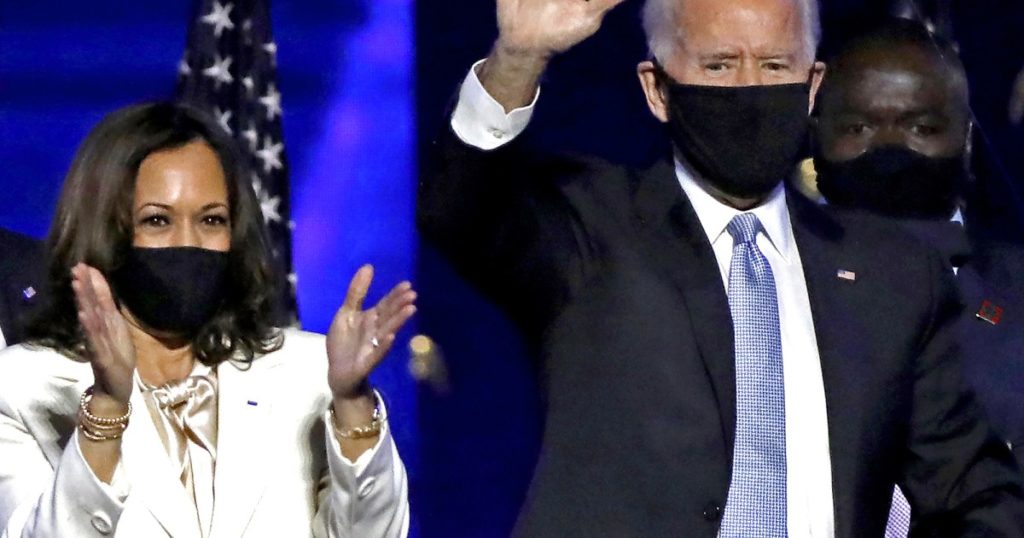 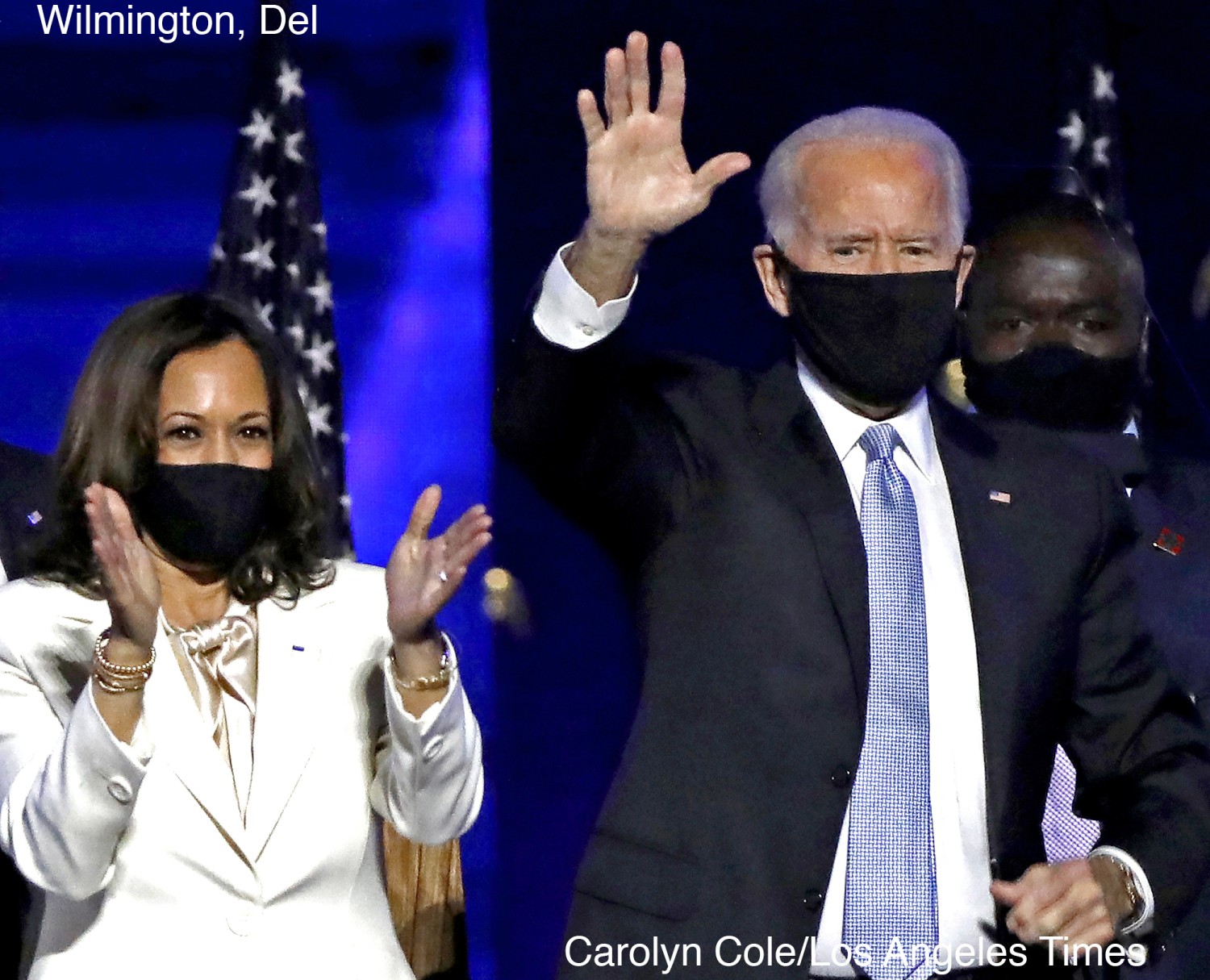 I realize it will be tempting to chronicle soon-to-be-former President Trump’s reaction to the culmination of Biden’s resounding victory in the 2020 election. Ever since it became clear that he had lost his reelection bid, Trump has done everything he can to ensure that his name continues to dominate headlines. When denials, conspiracy theories and multiple lawsuits did not work, he directed a murderous mob to the Capitol in an effort to overturn the election by force and fear.

Trump did not achieve that treacherous end, but he did manage to make the week leading up to Biden’s inauguration all about Trump. His outrageous list of pardons, his refusal to participate in any of the traditional presidential duties created to enforce the notion of a peaceful and democratic transition of power, his continual lashing out at virtually everyone except, for some reason, Lindsey Graham, and then — though I don’t imagine it was exactly Trump’s idea — his second impeachment all insisted on continual coverage.

That he is being derided, censured and faces possible conviction for some of these moves does not appear to matter to him — as Trump has proved time and time again, he doesn’t care what people are saying about him, just as long as they’re saying something.

In under 24 hours, he will no longer be president, which means his temper tantrums are no longer legitimate news. We no longer have to care how private citizen Trump feels about anything.

And there is so much more and better news to talk about.

After conducting an unprecedented, largely virtual campaign, Joe Biden received more votes than any other presidential candidate in history; Kamala Harris will be our nation’s first female, first Black, first South Asian vice president. Taking office at a time when Americans are dying every minute from a badly handled pandemic, when the economy has been hobbled by months of patchworked shutdowns, when we have been nakedly confronted by the dangers of racism and when any chance the world has to fight climate change is rapidly fading, Biden has already announced sweeping and ambitious plans to address all of these challenges, and more.

Publicly positioning himself as a bridge between the old Washington and the new, he has given Harris a higher profile than any vice president in recent history, down to the inaugural signage — on the Biden Harris Inauguration placards lining the Capitol building, “Harris” is displayed in the same lettering as “Biden,” which means, having one more letter, “Harris” actually occupies more space on the signs.

Biden has proposed the most diverse Cabinet in this nation’s history, while consistently and insistently reaching out to those with views that differ from his with the promise that they too will be heard.

He and Harris strongly and immediately condemned the violence of Jan. 6, but even as Wednesday’s inauguration festivities — already greatly diminished by COVID-19 — have been further curtailed by threats of violence, neither the president-elect nor the vice president-elect nor any member of their teams have expressed outrage.

No complaints on Twitter, no leaked tales of Biden “lashing out” against staff for not making sure the media is focused on him, no criticism of the soon-to-be-former president’s refusal to aid in the transition — except in those areas where the obstacles threatened this country’s safety by disrupting Biden’s team’s ability to begin its governance on Jan. 20.

No indication that Biden or Harris take any of the attempts to overthrow, undermine or generally diminish their big win personally.

Think about that for a minute. Joe Biden has wanted to be president all his life; he has run three times, and now that he has finally won, this is what he gets. No pomp and circumstance, no stately walk to the Capitol past Inauguration Day crowds, no live concert, no parties or balls with all the photo ops they offer. Some of this is due to the pandemic — the evening before his inauguration, the president-elect hosted a vigil for those who have died — but having already planned on a virtual celebration to keep citizens safe from COVID-19, Biden will now take on what is arguably the most important job in the world while surrounded by members of the military in a shut-down capital.

Despite all the well-meaning calls for his swearing-in to take place inside so he and Harris and their families will be safe, he will take his presidential oath on the steps of a Capitol building recently ransacked by a treasonous mob.

And then, like any person hired to fill a position long left unfilled or wildly mismanaged, he will get to work, Harris alongside him. Immediately.

Frankly, having a president willing to actually do the job is worth an entire “breaking news” cycle in and of itself; an end to continual internecine drama could fuel another.

So yes, it will be tempting to report on, or wallow in, the former president’s fury and frustration — analyzing his every tweet and tantrum will be a hard habit to break. There is no getting around the fact that Trump will remain in the news until his fate is decided by the Senate (and possibly other bodies of law). But how he’s feeling or what he’s saying or whom he’s blaming is no longer of national interest and after four years, it’s become so predictable, it’s not even that interesting.

Certainly not as interesting as President Biden, who finally has the chance to do the job he has worked toward all his life at a moment when he could actually make a very big difference.

So let’s give Biden and Harris their moment — they and millions of Americans worked long and hard to achieve it and it is worth celebrating with something more stately and substantial than relief. And then, as with any elected official, let’s keep our eyes on what they do with this moment — not what that other guy has to say about it.

Biden administration to grant TPS to thousands of Venezuelans