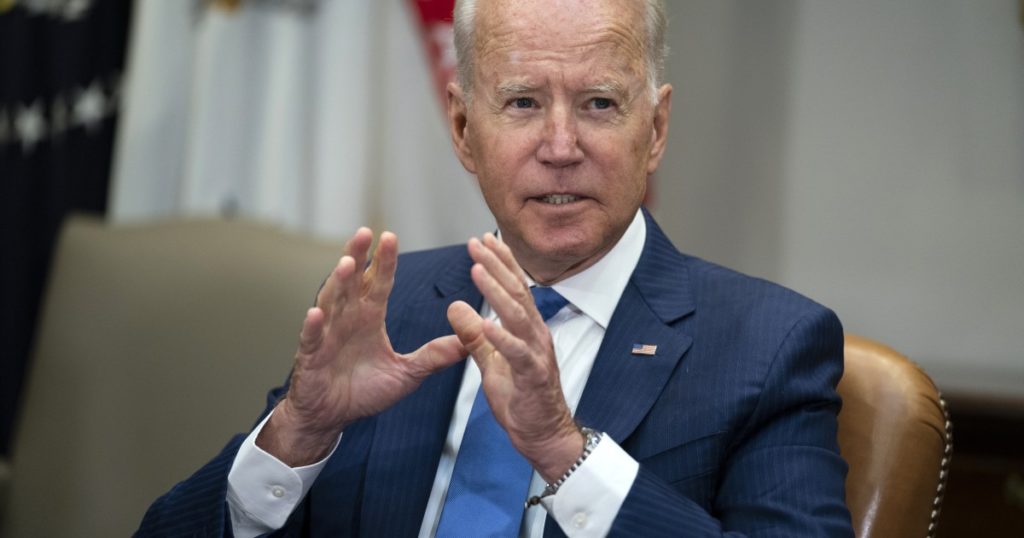 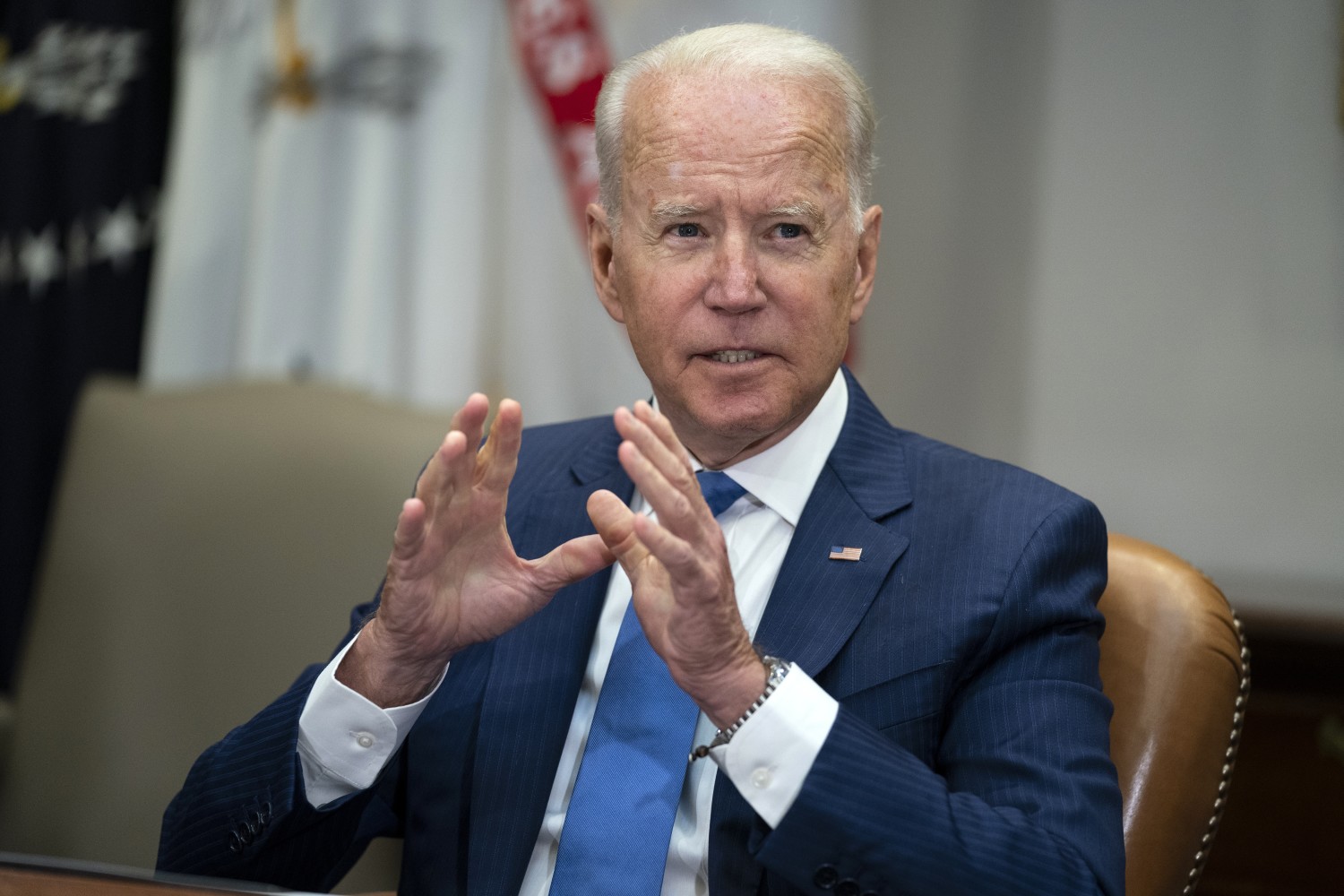 As polls show that voters are increasingly concerned about crime, President Biden is trying to keep the conversation squarely focused on gun control and violence prevention. On Monday at the White House, the discussion was with local leaders and police officials.

“We recognize that we have to come together to fulfill the first responsibility of a democracy, and that’s to keep each other safe,” Biden told his guests before reporters were ushered out of the meeting, which also included Atty. Gen. Merrick Garland and other administration officials. “And that’s what the American people are looking for when it comes to reducing violent crime and gun violence.”

Among the local officials attending was San Jose Mayor Sam Liccardo, whose city suffered California’s worst mass shooting this year when a gunman killed nine co-workers at a light-rail yard before committing suicide. After the shooting, authorities found a dozen guns and 25,000 rounds of ammunition at the killer’s home.

The meeting was the first encounter between Biden and Eric Adams, the Brooklyn borough president and a former police captain, since Adams won the Democratic nomination for mayor of New York City. Adams is expected to win the general election in November, and he has been outspoken about the toll that shootings have taken — and about his opposition to talk on the left of “defund the police.”

Appearing Sunday on ABC’s “This Week,” Adams said: “Cities are hurting all across America, and New York personifies that pain — the inequalities, the gun violence, the lack of really looking after everyday, blue-collar workers.”

Gun ownership increased last year and violent crime is rising in Los Angeles and other cities, but experts said comparisons can be difficult to make because of the disruption caused by the coronavirus crisis, which forced many people to stay home, cost millions of jobs and upended the global economy.

A recent poll conducted by USA Today and Ipsos said 57% of Americans believe there is more violent crime than there was 30 years ago, though the numbers have actually plummeted in that period.

The poll also found mixed responses on police issues. Although 70% of Americans wanted more funding for police, the poll showed, 62% wanted some of that money to fund community policing and social services, as progressive activists have suggested.

More respondents said they generally trusted Republicans over Democrats to handle crime, but they said they also trusted Biden more than former President Trump, 42% to 37%.

Biden has long tried to strike a careful balance on policing and crime. He opposed defunding the police when that slogan became a rallying cry among liberal activists last year after the murder of George Floyd, a Black man, by a white Minneapolis police officer. But he’s supported bipartisan negotiations to overhaul how police departments function, including a federal law making it easier to sue police for allegedly excessive force.

“We’ve been at this a long time,” said Biden, who spent 36 years as a U.S. senator and worked on controversial crime legislation. “It seems like most of my career, I’ve been dealing with this issue.”

White House senior advisors Susan Rice, Gene Sperling and Julie Rodriguez issued a memo on Monday describing the crime increase as “a complex and multidimensional challenge for communities around the country,” and recognizing that “cities and states need a strong partner in the federal government.”

The memo highlighted how local governments have harnessed funding from the “American Rescue Plan,” the $1.9-trillion COVID-19 relief package that Biden signed earlier this year.

San Jose is putting $20 million toward jobs for low-income young adults, including wildfire prevention projects, and after-school programs. New York is using $44 million to boost the number of officers on the street and expand a community program promoting interventions before disputes turn into violence.