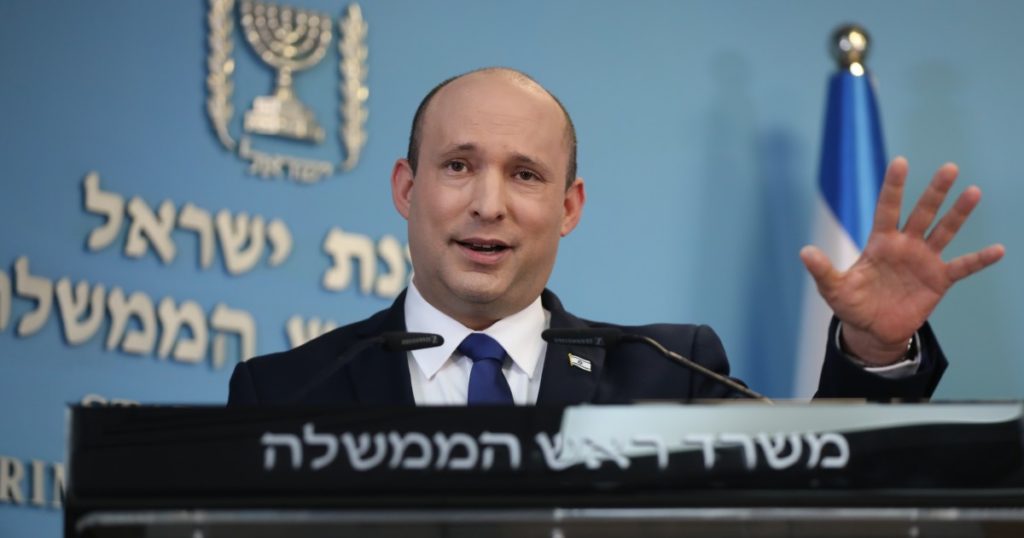 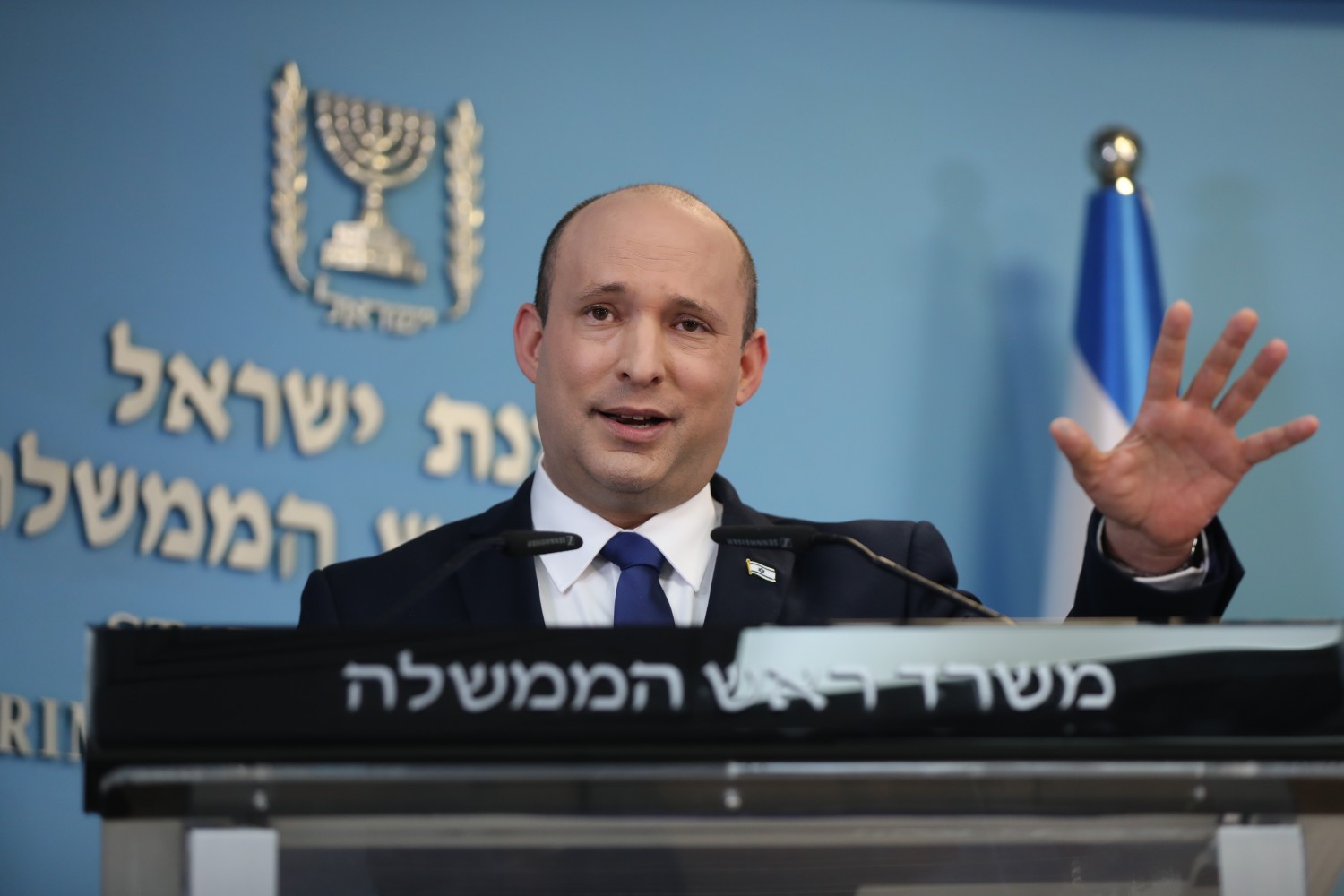 For the first time in more than a decade, an Israeli prime minister not named Netanyahu is arriving in Washington to visit the president of the United States at the White House.

Naftali Bennett, the right-wing leader of Israel’s highly fragmented coalition government who recently replaced Benjamin Netanyahu, will meet with President Biden on Thursday. The two have never met — a sign of Bennett’s status as a relative political novice, given that Biden has spent decades crisscrossing between world capitals.

Bennett and Biden seem to share no political positions and will likely remain at odds over whether to rejuvenate the nuclear agreement with Iran. Biden wants it back, while Bennett cheered former President Trump’s decision to withdraw.

But the two leaders are also looking for an opportunity to normalize U.S.-Israeli relations after several years in which Israel has increasingly become a partisan issue in American politics. Republicans have tied themselves to Israel’s ruling right wing, a shift accelerated by Trump and Netanyahu, while Democrats have grown disenchanted with Israel’s indifference to the Palestinians, who remain under occupation.

“One thing that both of them care the most about is getting over this rancor in the relationship in the past few years and the polarization beyond that,” said Ilan Goldenberg, a Middle East expert at the Center for a New American Security, a Washington think tank, who has also advised the Biden team.

Michael Doran, a senior fellow at the Hudson Institute, a conservative think tank in Washington, said that “they have a shared interest at the moment in the appearance of very productive and cordial relations.”

Both sides are already taking steps in that direction. Biden called Bennett to congratulate him hours after he became prime minister in June, and a senior administration official gushed over the “truly remarkable” government that Bennett represents, describing it as a “big tent” that shows “people of divergent views can come together to solve big problems.”

Bennett also sounded hopeful before taking off from Israel, saying “there’s a new government in the U.S. and a new government in Israel, and I bring with me from Jerusalem a new spirit of cooperation, and this rests on the special and long relationship between the two countries.”

U.S.-Israeli ties have always been strong, but the relations among leaders have ebbed and flowed.

President Obama and Netanyahu — who served as prime minister from 2009 to June of this year, and from 1996 to 1999 before that — did not like each other. Netanyahu dealt the ultimate diss when he traveled to Washington to speak before the U.S. Congress, with no formal notification to the White House, and then used the occasion to attack the Iran nuclear deal Obama was negotiating.

Under Trump, Israel without question found its staunchest U.S. ally ever. But critics said that relationship was built more on personal ties between Trump, and his family, and Netanyahu — not on the legal principles that had long governed U.S. dealings with Israel and the Palestinian territories, which Trump did his best to sideline and punish.

Ideologically, Bennett is probably closer to Trump. He embraces some of the Israeli right’s most radical positions, rejecting the creation of a Palestinian state and annexing much of the West Bank claimed by Palestinians to become part of Israel.

But he also recognizes the way the excessiveness of the Trump years damaged the bipartisan support for Israel that the nation has enjoyed for decades. And given his politically precarious status as the leader of a fragile parliamentary coalition, Bennett wants to demonstrate that he can deliver a strong relationship with his country’s most important ally.

Even though the Biden administration has sought to revive the Palestinian role in the conflict and peace talks to resolve it, these issues are not likely to be a priority for Biden and Bennett in their meeting Thursday. The Israeli is reported to be carrying a new series of recommendations for dealing with Iran.

To the alarm of the international community, Iran has been stepping up its processing of potential nuclear materials following the Trump administration withdrawal from the landmark 2015 nuclear pact.

Since Trump pulled out of the Iran nuclear deal in 2018, “Iran’s nuclear program has just dramatically broken out of the box and is accelerating from week to week,” said a Biden administration official who requested anonymity to speak about Bennett’s visit before his arrival.

Acknowledging the threat Iran poses to Israel, the administration supports a diplomatic solution and is waiting for the new Iran government to return to negotiations in Vienna, the official said. So far, the new hardline government in Tehran has been unwilling to do so. If talks don’t work, “there are other avenues to pursue,” the official said, noting the U.S. has yet to lift sanctions and there are other ways to pressure.

Bennett is expected to raise this as the priority issue with Biden, possibly offering a plan to further contain Iran. Israel is believed to be responsible for several bombings of Iranian facilities in recent months, attacks that earned little international condemnation.

Doran expects Bennett will want to continue a campaign of sabotage, which would put Biden in a difficult position as he seeks negotiations over Iran’s nuclear program.

“There’s no way Biden can get a deal with Iran, and wink and nod at the Israelis at the same time,” Doran said.

While the two leaders do differ sharply on Iran, Biden may be content to have an Israeli prime minister who appears easier to deal with.

Susie Gelman, executive board chair of the Israel Policy Forum, a U.S.-based advocacy group, said what Bennett brings to the Oval Office is “a new face.” She said Bennett, the son of a Berkeley couple who immigrated to Israel, is unlikely to arrive with dramatic proposals for the Palestinian conflict, nor a willingness to budge on Iran, but he will try to build a “personal, more positive relationship.

“He can be very charming,” she said.