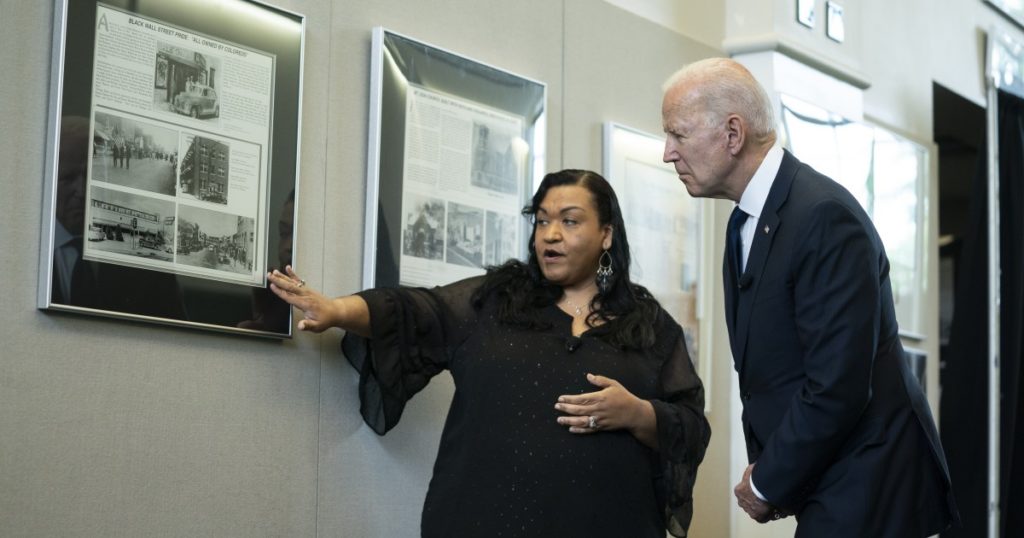 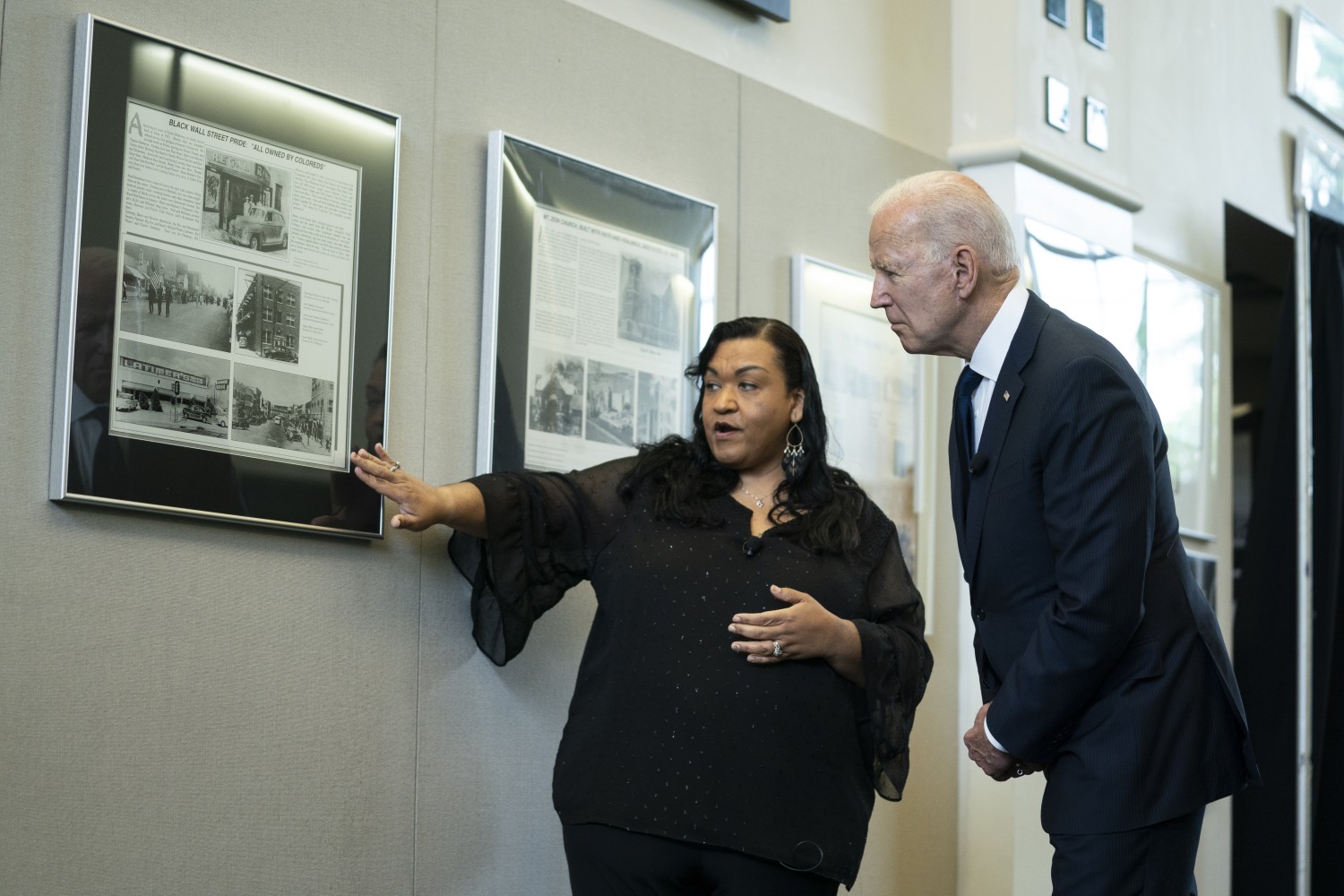 President Biden traveled to Tulsa, Okla., on Tuesday to mark a shameful and largely forgotten part of American history, calling for racial reconciliation on the 100th anniversary of the violent destruction of the city’s thriving Black community by a white mob.

Biden became the first president to participate in a public remembrance of the 1921 race riot that left hundreds of Black people dead, and burned what was known as “Black Wall Street” to the ground.

Incited by a local newspaper’s reports that a Black male had been accused of stepping on a white girl’s foot, Tulsa’s white residents and civil society leaders confronted a group of Black Tulsans trying to protect the accused from a lynch mob. The white rioters unleashed violence on a massive scale, looting, setting fire to the Greenwood district and even using small airplanes to drop projectiles on it.

“Some injustices are so heinous, so horrific, so grievous, they can’t be buried, no matter how hard people try,” Biden said. “Only with truth can come healing and justice and repair.”

The high-profile visit comes amid another national reckoning on race, and is in keeping with Biden’s campaign promise to focus on issues of racial equity. It’s a promise that, by its very necessity, underlines the persistence of racism and prejudice in a country founded on the idea of equality.

Just last week, Biden played host at the White House to relatives of George Floyd, the Black man killed a year ago when a Minneapolis police officer kneeled on his neck for more than nine minutes.

But the visit did not coincide with any action by lawmakers, a reminder that the president can only achieve so much alone. Congress has been slow to act on police reform legislation, despite Biden’s urging.

And while Democrats are set to take up voting rights legislation next month, they are unlikely to overcome a GOP Senate filibuster. Rather than expanding voting rights, many Republican-led states are enacting new laws making it harder for people to cast ballots.

In Tulsa, Biden met privately Tuesday with three survivors of the massacre, all of whom are over 100 years old, and toured a new $20-million cultural center and museum erected to mark the attack.

Issuing a presidential proclamation Monday declaring a national “day of remembrance,” Biden said discriminatory laws and practices implemented in the aftermath of the riot made it impossible for Black Tulsans to recover and rebuild. They included discriminatory local housing ordinances, redlining by mortgage companies and federal highway projects that forced the razing of homes in Black areas.

“The federal government must reckon with and acknowledge the role that it has played in stripping wealth and opportunity from Black communities,” Biden’s proclamation stated.

Prior to his speech, the administration announced new measures aimed at narrowing the wealth gap between Black and white people, and reinvesting in underserved communities by expanding access to homeownership and small-business ownership.

The administration plans to take steps to address disparities that result in Black-owned homes being appraised at tens of thousands of dollars less than comparable homes owned by whites, as well as issue new federal rules to fight housing discrimination.

Additionally, Biden’s White House will direct an additional $100 billion to small, disadvantaged businesses over the next five years, part of an effort to increase the share of federal contracts going to those businesses by 50% over that period.

The president has expressed his support for a study of potential reparations for Black people whose families were devastated by slavery and the Jim Crow era, but he has stopped short of backing direct payments by the government.

Biden’s decision to shine a presidential spotlight on Tulsa’s community and its difficult past was praised by citizens and historians who have long sought to illuminate the tragic events.

“The mentality of the mob to declare that there would never again be another Black Wall Street in Tulsa, that mentality still survives in many institutions, and unfortunately in many people’s hearts,” Lauren Usher, a descendant of a riot victim, said as she introduced Biden.