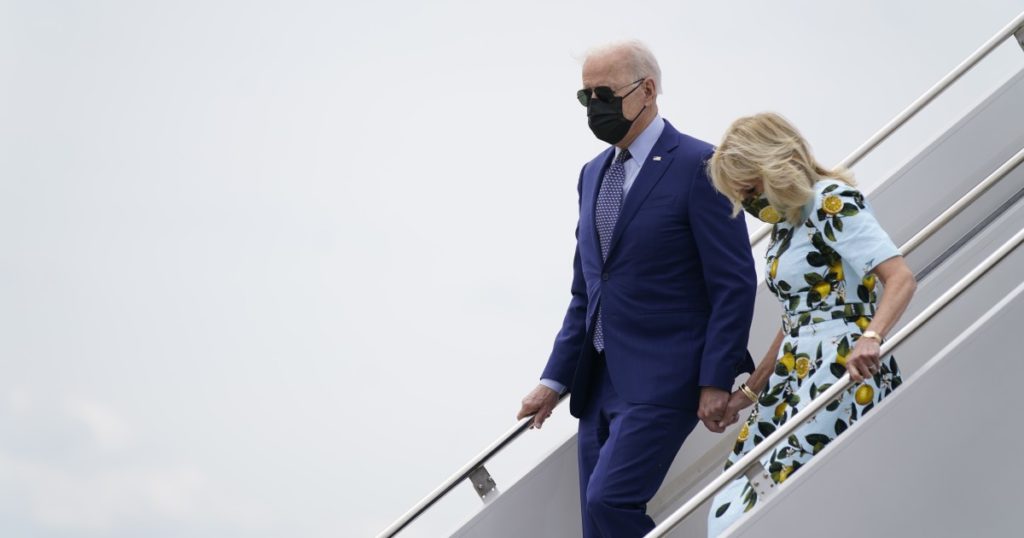 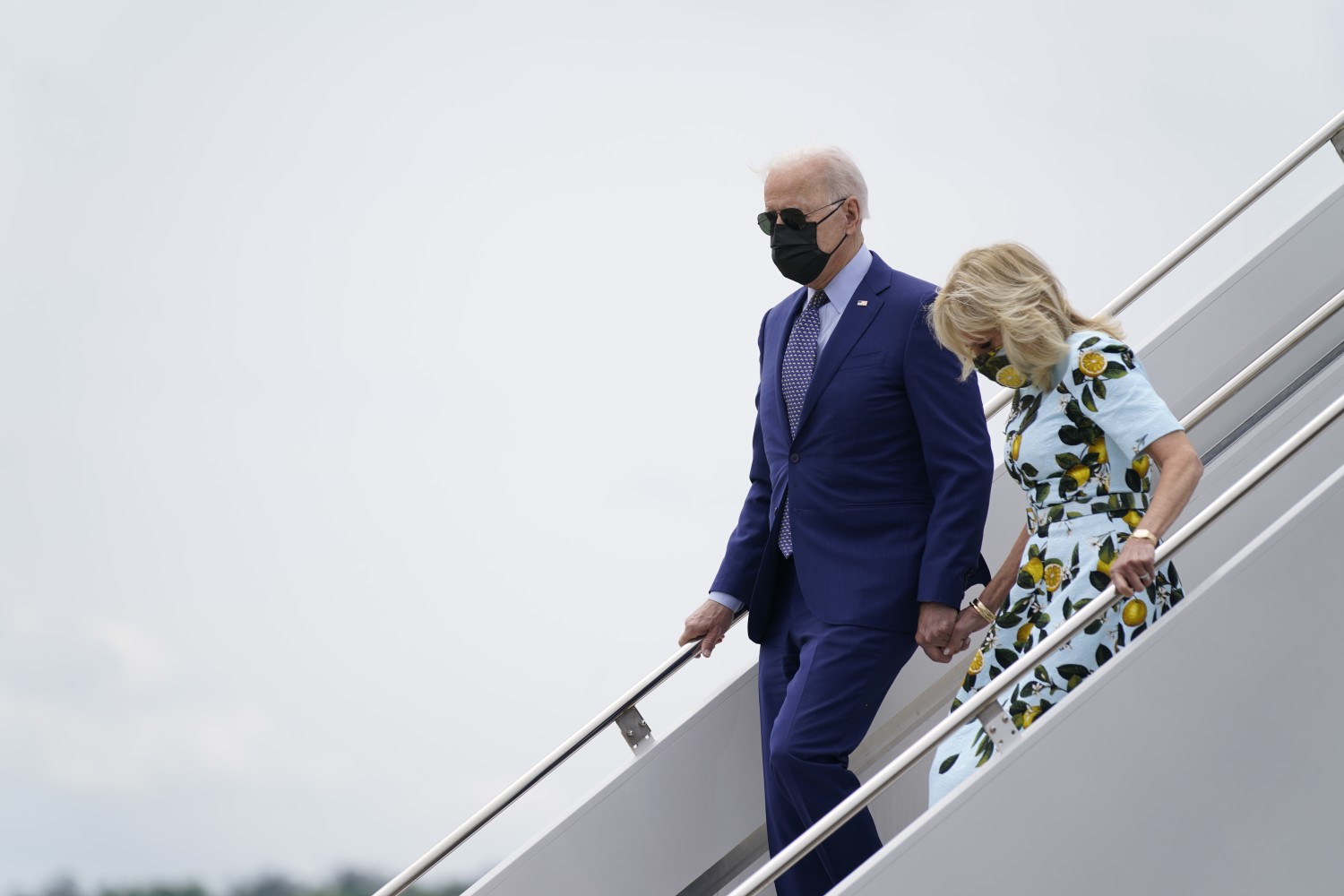 President Biden marked the 100th day of his presidency at an outdoor rally Thursday evening in suburban Atlanta, the locale that not only propelled him to the White House last fall but also enabled his administration’s early success.

Taking the stage amid a din of honking horns and looking out on a vast blacktop of more than 300 parked cars, Biden stood before large banners that read “Getting Back On Track,” as he celebrated the progress made against the COVID-19 pandemic.

Beyond the expanded vaccination program his administration has worked to stand up, Biden touted the $1.9-trillion American Rescue Plan he enacted in March that delivered $1,400 direct relief checks to millions of Americans.

The scale of the sweeping legislation, which also included a child tax credit for families and funding for mass vaccination sites and schools seeking to reopen, was enabled by the Democrats’ sweep of two Senate runoffs here in Georgia in January that wrested control of the Senate from Republicans and cleared a path for Biden to go big.

“Those two votes made the difference!” Biden said, describing the COVID-19 relief bill as “one of the most consequential” laws ever enacted. “It passed by a single vote. That means we owe a special thanks to the people of Georgia. Because thanks to you, the rest of the American people were able to get the help they need.”

The two senators who won those races, Raphael Warnock and Jon Ossoff, attended the rally, which was sponsored by the Democratic Party.

Biden urged voters to help reelect Warnock next year: “We won the first round, but there’s more coming up,” he told the crowd.

Also there was Atlanta Mayor Keisha Lance Bottoms and former gubernatorial candidate Stacey Abrams — all looking to solidify Democrats’ grip on this hotly contested state that will be critical in deciding the balance of power again in the 2022 midterm elections and the next presidential contest in 2024.

Georgia has also been at the center of a national debate around voting rights. Last month, Gov. Brian Kemp signed into law new Republican-backed changes to state elections that restrict voting by mail and give greater oversight of elections to state legislatures.

In the near term, Georgia offered Biden his first barnstorming opportunity following his address to a joint session of Congress on Wednesday night as he looks to drum up public support for a legislative agenda that is increasingly ambitious and progressive.

Biden is eager to follow up on his coronavirus relief bill with $4 trillion of investments in the country’s infrastructure and expanded benefits for workers and families.

After proposing a $2.25-trillion infrastructure package weeks ago, Biden this week laid out a companion proposal to invest an additional $1.8 trillion in subsidies that would give all Americans access to two years of free preschool and two years of free community college, while guaranteeing low income families pay no more than 7% of their income on child care, expanding a number of tax credits and enacting a more generous federal paid family and medical leave policy.

The American Families Plan, like the proposed investments in the American Jobs Plan to improve roads, bridges, rail lines and airports, would be paid for by altering the tax code so that the wealthiest Americans and large corporations contribute more.

Biden and aides have argued the proposals are “generational investments” that are critical to ensuring the United States has the “human infrastructure” for long-term competitiveness with China. Moreover, the White House argues, the investments will fuel economic growth.

As he spoke, a handful of protesters interrupted, shouting about immigration, “End detention now!”

Before the rally, Biden flew to Plains, Ga., to visit former President Carter and his wife, Rosalynn Carter.