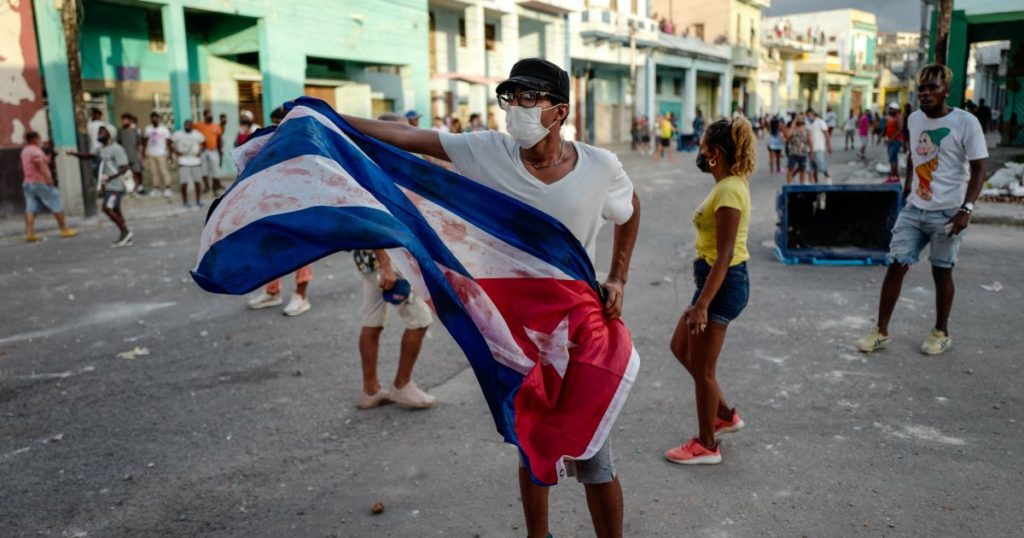 The Biden administration on Thursday announced a new round of sanctions against the besieged Cuban government for its violent crackdown on demonstrators.

Officials said the sanctions would target specific members of the communist-ruled island’s government who are deemed responsible for the repression of protesters demanding more freedom, food and healthcare.

The measures come as President Biden faces mounting criticism from hardliners in both political parties in Congress seeking stronger retaliation against Cuban President Miguel Díaz-Canel and his associates.

It is unclear, however, what effect the sanctions would have since few of those blacklisted individuals are likely to have assets in the U.S. or business dealings with U.S. firms.

Some conduct business in Europe and Latin America, and the U.S. sanctions could have an effect there.

“We have, of course, condemned mass detention, sham trials and disappearances that are attempts to threaten the Cuban people into silence,” White House press secretary Jen Psaki said. “We continue to call for swiftness with release of peaceful protesters who have unjustly been detained. We’ve made clear over the last week that addressing this moment was a priority for the administration and the president.”

Sen. Marco Rubio (R-Fla.), a prominent hawk on Cuba, said the key was to erode confidence within Cuba’s security forces.

“This is welcome additional pressure,” he said on MSNBC, “but more needs to be done.” He urged a diplomatic push by the Organization of American States and other regional bodies, with Washington in the lead.

The U.S. has maintained a stifling economic embargo since the early 1960s, shortly after the late Fidel Castro led a revolution to topple a U.S.-backed dictator. Castro soon imposed one-party communist rule on the island and limited many basic political freedoms while improving health and education services for much of the population.