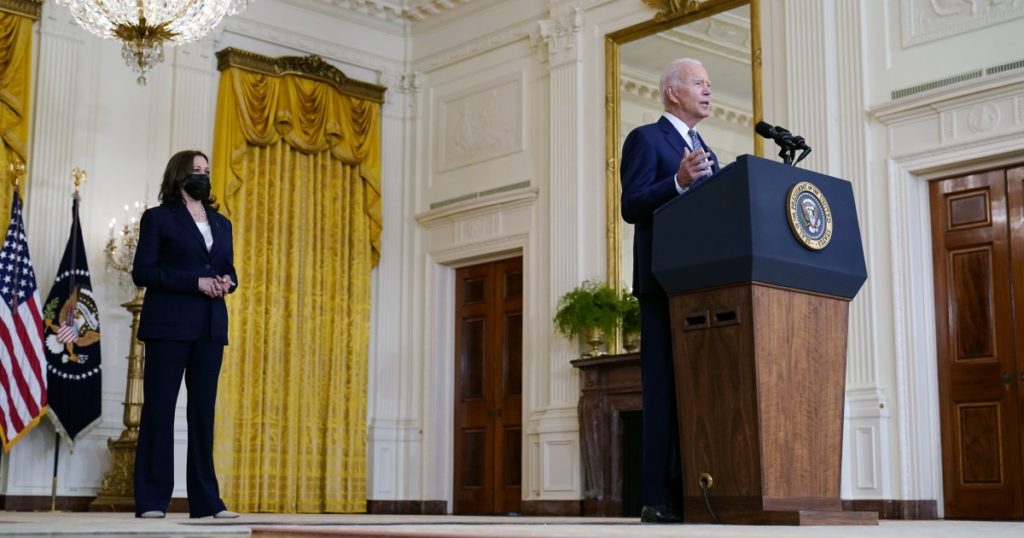 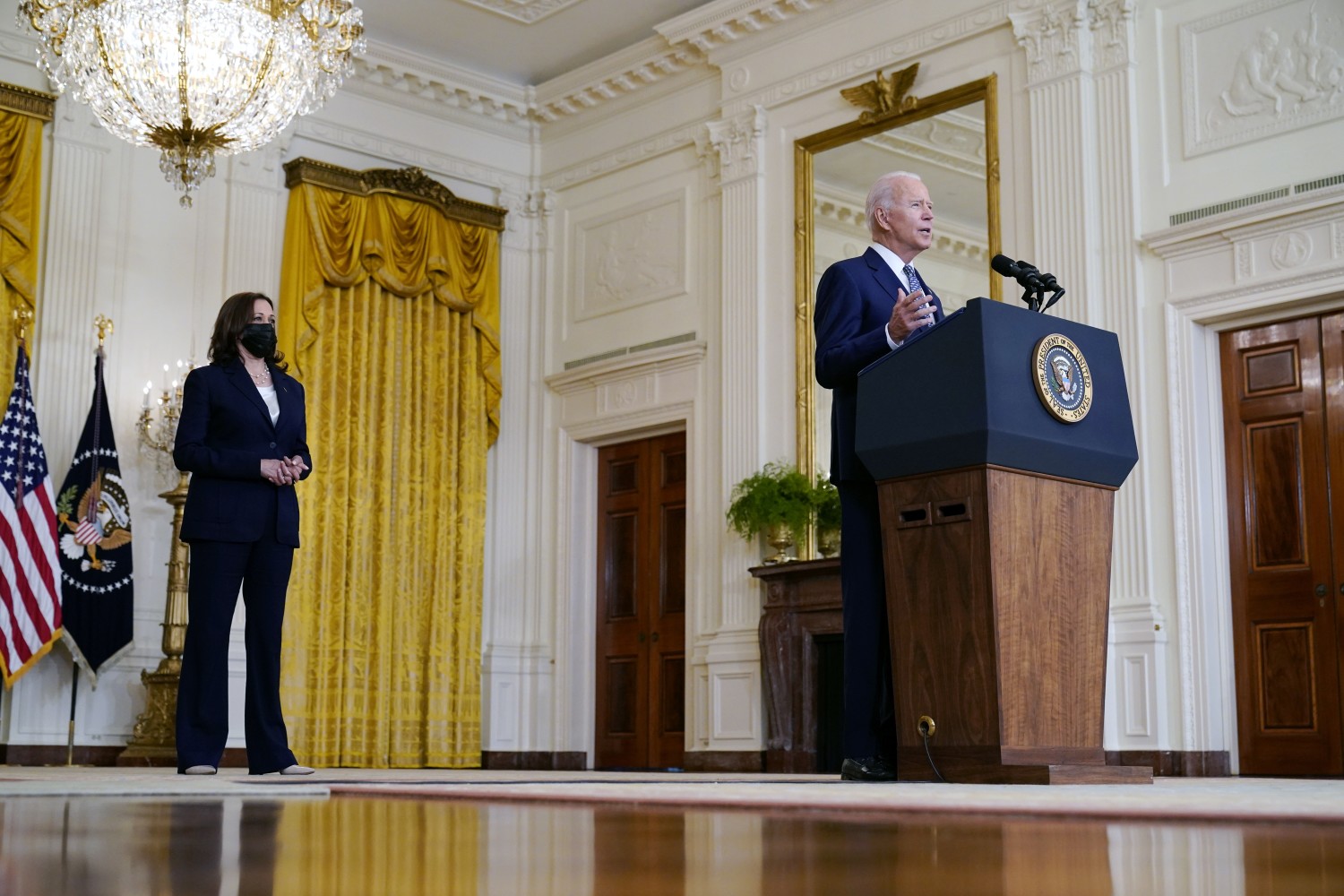 President Biden on Tuesday heralded the Senate’s 69-30 vote to pass a $1-trillion infrastructure package, calling it a “generational investment” in roads and bridge and lauding its bipartisan passage as “transformational, important and necessary for democracy to function.”

“After years and years of ‘Infrastructure Weeks,’ we are on the cusp of an infrastructure decade that I truly believe will transform America,” said Biden, repeating a running Washington punch line about his predecessor’s lack of commitment to the issue.

Biden, speaking from the White House’s East Room, touted the bill’s investments and the likely jobs created, framing the accomplishment as proof that he has delivered on his campaign promise to restore a measure of bipartisan comity to Washington. He also thanked the bipartisan group of 10 lawmakers that drew up the initial framework for “keeping their word.” The 19 Republicans who voted for it, he continued, “showed a lot of courage.”

The final Senate vote, he noted, was more bipartisan than the Senate’s 1956 approval of President Eisenhower’s Interstate Highway system. “We proved we can still come together to do big things, important things for the American people,” he said.

Securing the Senate vote before the August recess gives the administration — and Democrats back in their districts — the ability to assert that their audacious domestic agenda is on track.

“This is how we build back better,” Biden said. “This bill’s going to make a historic recovery a long-term boom.”

Tucked into Biden’s triumphant rhetoric, however, was an acknowledgement that the work on his infrastructure push is “far from done.”

The House, where Democrats hold just a four-seat majority, still must approve the legislation; Speaker Nancy Pelosi (D-San Francisco) has said she won’t bring it up for a vote until the Senate has passed the second component of Biden’s domestic agenda, a $3.5-trillion investment in “human infrastructure” that includes several new benefits for working families and a laundry list of progressive priorities.

Following the vote on the bipartisan bill to repair and improve more traditional infrastructure — roads, bridges, rail lines, broadband networks — the Senate turned immediately to the Democrats’ larger budget bill, with lawmakers who’d spent the morning lauding their ability to work across the aisle snapping right back into their more familiar partisan posture.

Not a single Republican joined the chamber’s 50 Democrats in voting to begin debate on the budget bill. Senate Minority Leader Mitch McConnell (R-Ky.), who raised eyebrows by supporting the bipartisan infrastructure bill, railed against the “reckless taxing and spending spree that was authored by our self-described socialist colleague Chairman Sanders” and said it amounted to “playing Russian roulette with our country.”

The bill includes new funding for healthcare, education, family services and environmental programs as well as tax breaks for families, with much of it paid for with tax increases on rich people and corporations.

Promising a robust debate, he also acknowledged that Republicans alone won’t be able to derail the effort as long as all 50 Democrats support the bill. That’s because Democrats aim to pass the measure using the budget reconciliation process that requires 50 votes (not the usual 60), with Vice President Kamala Harris breaking the tie.

In a memo shared with reporters Tuesday, Biden’s national economic advisor, Brian Deese, said both bills amount to critical investments “in the long-run potential of our economy,” arguing that the second bill in particular will pay long-term dividends. Direct investments in low-income children’s health and education, he said, “are among the very highest return activities in which we as a country can invest.”

Pelosi, by denying the bipartisan bill a House vote until the Senate approves the larger bill, is looking to satisfy progressives in her caucus who are passionate about what’s in the budget measure, including resources to combat poverty, income inequality and climate change. The strategy is also an effort to maintain some leverage over moderate Democratic senators, who are invested in the bipartisan bill, in the hopes of preventing them from watering down the larger package.

Asked about the tricky legislative maneuvering required to pass both bills, Biden expressed optimism that the Senate would eventually pass “a significant portion, if not all” of the proposed budget bill.

“I think we will get enough Democrats to vote for it,” he said. “And I think the House will eventually put two bills on my desk.”