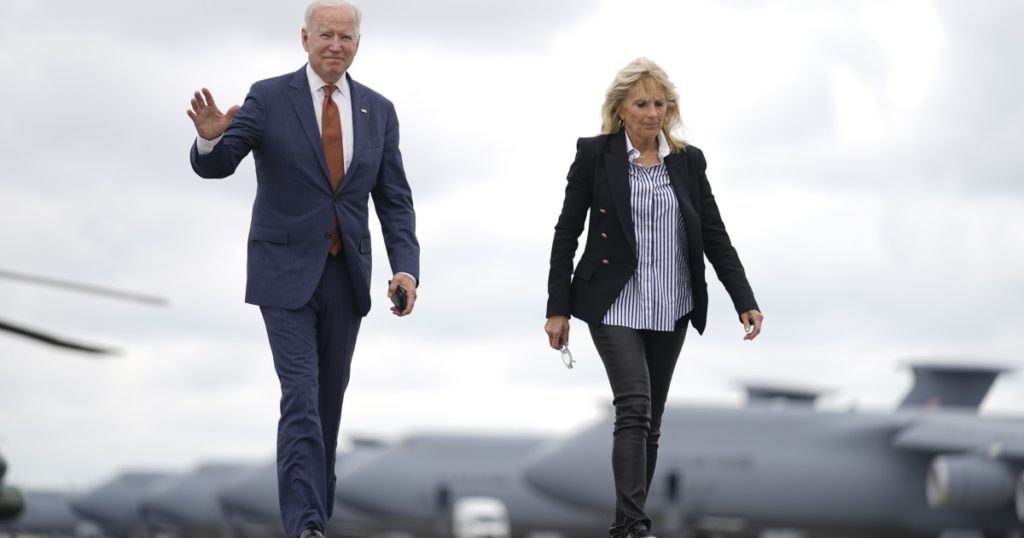 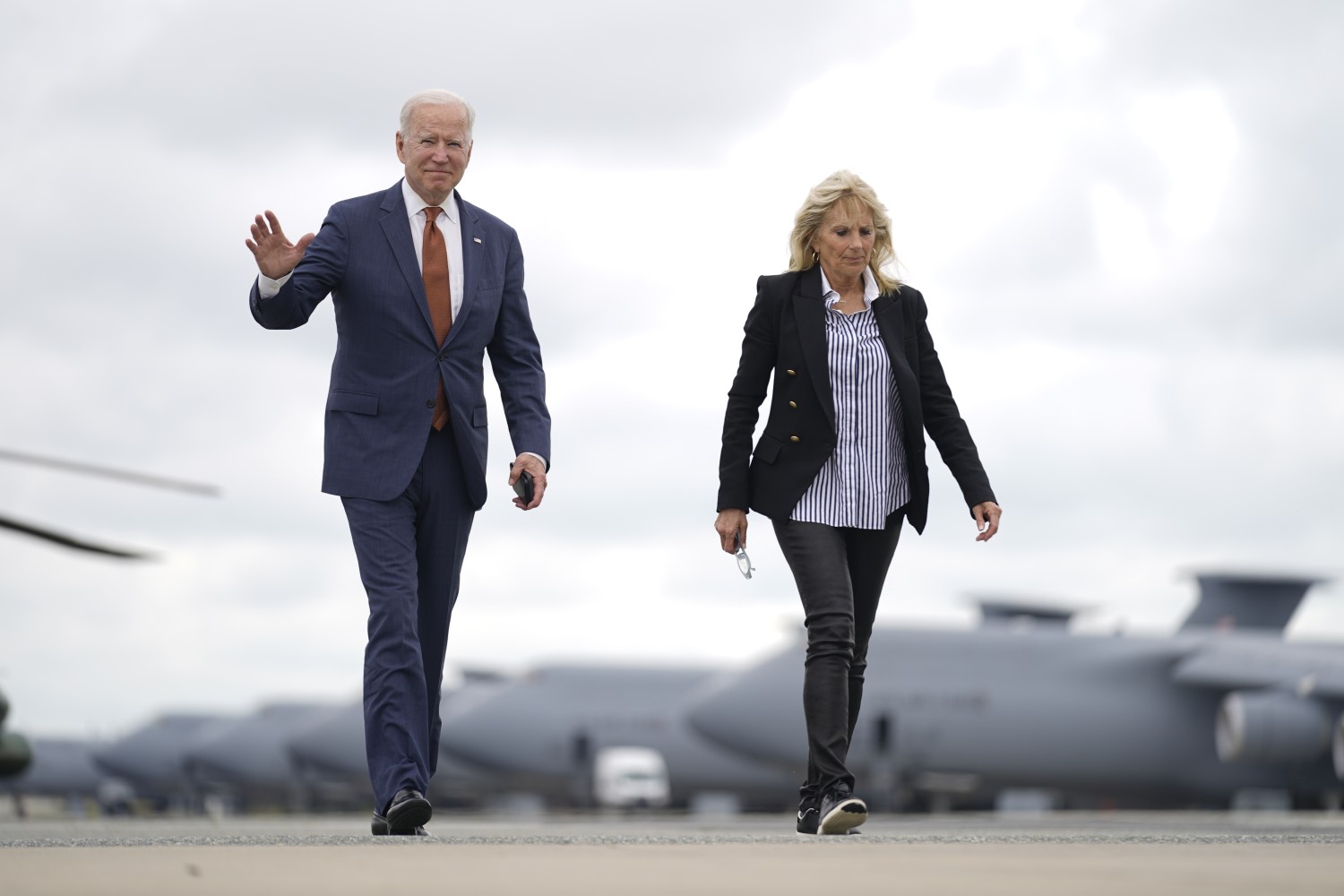 President Biden is likely to receive a warm welcome from European leaders when he arrives in the United Kingdom on Wednesday to begin a seven-day trip to three countries, and it’s no secret why.

Unlike his predecessor, Biden is immediately familiar to most of his European Union counterparts and deeply committed to the transatlantic alliance that has been a pillar of the postwar democratic order for seven decades. He doesn’t consider NATO “obsolete.” Nor does he publicly berate allied leaders, while embracing Russian President Vladimir Putin, perhaps the biggest threat to European stability.

But not being Donald Trump is the easy part.

Biden, whose itinerary includes the annual Group of 7 summit of leaders of major developed nations in Cornwall, England; a ceremonial visit with Queen Elizabeth at Windsor Castle; NATO and European Commission summits in Brussels and a much anticipated sit-down with Putin in Geneva, has laid out a lofty objective for his first international trip as president — nothing less than rallying the world’s democracies “to both meet the challenges and deter the threats of this new age.”

But those challenges — including the lingering pandemic, climate change, cybercrime and containing autocracies in Moscow and Beijing — are complex ones. They are made all the more so by cracks in the foundations of America’s alliances and its own democracy, and allies’ uncertainty about U.S. leadership that can’t be assuaged simply by Biden’s “America is back” talk.

“There are real credibility concerns for the United States that are not of Biden’s creation, about whether allies can trust that the U.S. isn’t going to revert back to Trump,” said Ben Rhodes, a former national security aide to President Obama. “Even after Biden’s win, the U.S. doesn’t look like the most functional [democratic] model.”

Yet for administration officials, “All of their big-ticket initiatives internationally are much easier if they can get on the same page with the European allies.”

Jake Sullivan, Biden’s national security advisor, told reporters Monday that the best way to reassure allies about the stability of U.S. democracy is to “show the rest of the world what America is capable of.”

He pointed to the president’s early success in slowing the spread of COVID-19 and winning Congress’ quick passage of a $1.9 trillion relief package. But now the rest of Biden’s agenda, from infrastructure to voting rights, is at a standstill on Capitol Hill.

“The Europeans see very clearly the pressures this president is under domestically,” said Cathryn Clüver Ashbrook, the executive director of the Project on Europe and the Transatlantic Relationship at the Harvard Kennedy School. “This honeymoon phase is a very different one emotionally, and it’s much shorter than the one we saw with President Obama.”

For all the goodwill Biden’s election engendered internationally, his unilateral approach on several fronts — withdrawing U.S. troops from Afghanistan, where European forces remain on the ground; maintaining Trump’s tariffs on European metals and the ban on travelers from Europe; waiving intellectual property rights on COVID-19 vaccine supplies without warning, and seeking the meeting with Putin — has left some allies “slightly disappointed,” said Benjamin Haddad, director of the Europe Center at the Atlantic Council.

“Biden puts a very strong emphasis on the personal relationship,” he said. “But it will only get you so far.”

Much has changed since the leaders of the world’s seven most powerful democracies last gathered in Biarritz, France, in August 2019. The G-7 summit, which Trump canceled last year when allies balked at coming to the U.S. during the pandemic, will be the first since Brexit, the U.K.’s late 2020 withdrawal from the European Union. It comes at a moment when continental politics are in flux, riven by the crosscurrents of nationalism, nativism and ambivalence about the U.S. role within the European community.

German Chancellor Angela Merkel, for years perhaps the E.U.’s most formidable power, is in the final months of her more than 15-year tenure. French President Emmanuel Macron, facing rising nationalism at home, is eager to establish independence from Washington. Yet NATO and EU officials continue to encourage the U.S. to play a leading role, especially given the threat an emboldened Putin poses to Eastern Europe.

Given what European allies see as Biden’s “precarious domestic position,” they are inclined “to react more favorably” to his agenda, especially after the Trump years, said Ash Jain, a fellow at the Atlantic Council. “Because they want Biden to succeed.”

At the G-7 summit, which begins Friday and runs through Sunday, Biden is eager to push allies to articulate a stronger position in standing up to China’s increasing militancy and human rights violations. But some allies resist, given their economic relationships with China. Besides the United States, the group includes the U.K., France, Germany, Italy, Canada and Japan.

“Europe privately has expressed a lot of the same concerns about China’s actions,” Jain said. “The question is: How public will European leaders be willing to go on expressing that out loud?”

Biden is sure to celebrate an agreement, sealed last week by Treasury Secretary Janet L. Yellen and other G-7 finance ministers, to support a global minimum tax requiring multinational companies to pay at least a 15% tax on income, regardless of where they are based. The aim is to make it less beneficial for corporations to relocate to lower-tax countries; for years, nations have competed to cut taxes at great cost to their budgets — in what critics call a race to the bottom.

But that tax change would require Congress’ approval, which is no guarantee given Republicans’ anti-tax posture.

China and the U.S. drawdown in Afghanistan will also be focuses of the North Atlantic Treaty Organization summit Monday in Brussels. There, leaders from more than 30 member nations will also discuss updating the organization’s strategic concept to be more responsive to modern threats, including cyberwarfare, artificial intelligence, disinformation and “emerging disruptive technologies.”

“We face security challenges which no ally can face alone,” NATO Secretary-General Jens Stoltenberg said following a meeting with Biden at the White House this week. “We have a much more complex and unpredictable security environment that makes it even more important to have strong international institutions.”

Although Biden will reaffirm U.S. support for Article V of the NATO charter, which states that an attack on one member nation is an attack on all, like both Trump and Obama before him he will push other nations to increase spending on their own defenses.

That would have domestic benefits, said Charles Kupchan, a former National Security Council official under Obama who is now a senior fellow at the Council on Foreign Relations. By emphasizing the importance of “burden sharing,” Kupchan said, Biden can “drive home to Americans that what he’s doing in Europe is good for them.”

The most widely awaited part of Biden’s trip is the last, his stop in Geneva on June 16 to meet Putin face-to-face for the first time as president. Following nearly a week of diplomacy affirming U.S. alliances, Biden will arrive “with the wind at his back,” said Sullivan, his national security advisor.

Alexander Vershbow, a former senior NATO official and U.S. ambassador to Russia in the George W. Bush administration, predicted the meeting will be a “combative and somewhat stormy affair” given Russian entities’ recent cyberattacks on U.S. infrastructure, Putin’s military buildup threatening Ukraine, the poisoning and then jailing of opposition leader Alexei Navalny, and last month’s stunning gambit by Belarus’ Putin-backed leader forcing the landing of a European passenger jet to arrest a dissident journalist on board.

“Biden has made clear very early that there’s a new sheriff in town,” Vershbow said. “At the same time, he’s tried to tone down the rhetoric” to work with Putin where interests overlap, including on arms control and climate change and “to achieve a more stable, predictable relationship.”

“The problem,” Vershbow continued, “is that Putin doesn’t necessarily want a more stable relationship. He’s sought to be deliberately provocative … and he wants the Russian people to see the U.S. coming to Russia as a supplicant.”