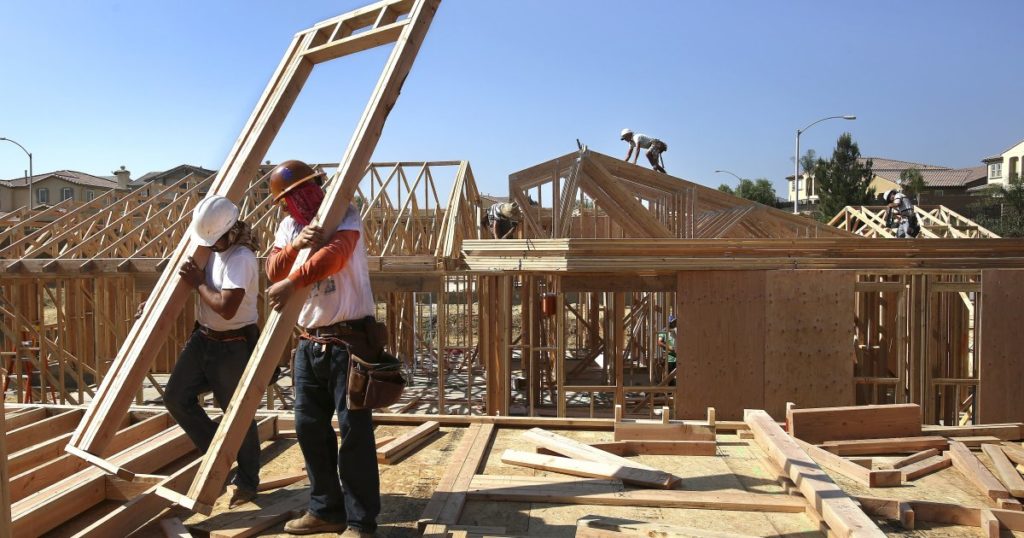 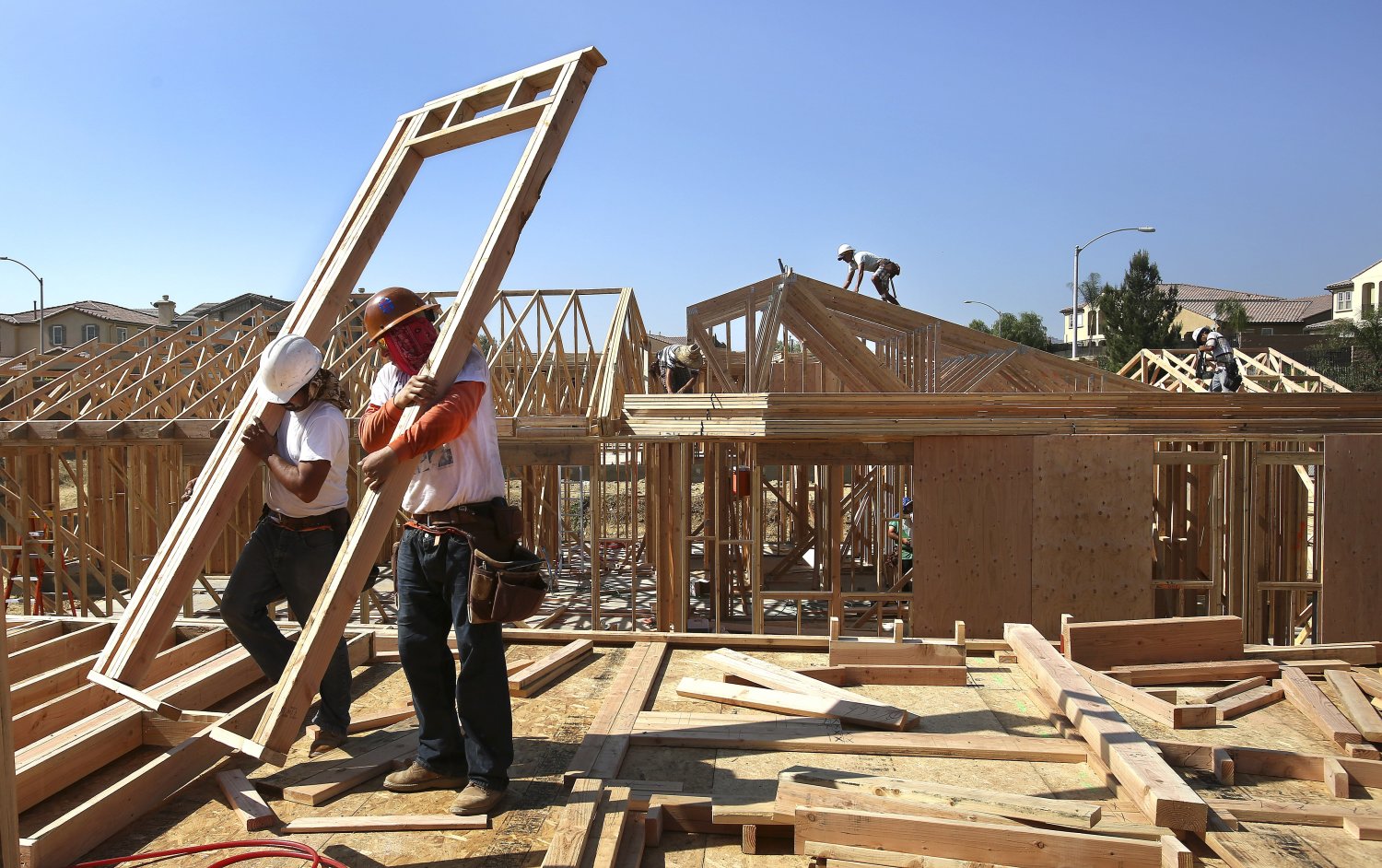 President Biden has quietly relaxed one of former President Trump’s signature immigration bans against foreign workers with skills that U.S. employers say they cannot find in the domestic labor market.

Many pro-immigration advocacy groups had urged Biden to abolish the ban on so-called guest workers as soon as he entered the White House. Instead, without fanfare, Biden waited almost three months and let the ban expire at the end of March as scheduled.

Politically, Biden’s approach avoided an open fight with his allies in organized labor, which has long opposed guest worker programs like the H-1B and, for lower-end seasonal help, the lesser-known H-2B. Unions contend that such visas allow companies to bring in foreign workers at lower wages and benefits than they would have to offer Americans.

But beyond the political calculations, letting the ban lapse also tacitly acknowledged another reality: Closing the door to foreign workers may ultimately hurt the national economy and undercut Biden’s goal of making the U.S. more competitive globally.

The vast majority of research studies have concluded that worker visas and other more open-door immigration policies have little or no negative effect on native-born workers or the economy. In fact, many economists believe the evidence shows that foreign workers on balance have a positive impact.

Not only is an aging American population producing fewer workers, but foreign workers also spend a high proportion of their earnings in the U.S., offset the negative demographic trends and help meet the need for particular kinds of skills.

Some guest workers have advanced technical, business or other skills. Others at the lower-paying end of the spectrum do work that employers say many native-born Americans don’t want to do, including jobs in agriculture, seafood processing, and service industries such as landscaping and care for the elderly.

Although critics challenge many of those points, employers say that during the last year of the pandemic, as travel restrictions further crimped the pipeline of foreign workers, many companies still struggled to fill such jobs despite a sharp rise in overall U.S. unemployment.

Last June, Trump blocked the entry of H-1B visa holders, many of them skilled tech workers, and tens of thousands of other foreign nationals working on temporary or seasonal basis, such as gardeners, summer camp staff and au pairs.

The ban, which exempted farmworkers, was based on coronavirus safety and preserving jobs for Americans as unemployment spiked.

But for tech companies such as SevenTablets Inc. in Dallas, whose business slowed in the early months of the pandemic but has been booming since last summer, the inability to bring in workers under the H-1B program meant it simply had to put some projects on hold, said its chief executive, Kishore Khandavalli. The 50-employee firm currently has five openings for software engineers.

It’s not for a lack of trying, he said. “We have recruiters, not only in-house. We utilize third-party recruiters. We advertise the heck out of all the job boards. We’re not leaving any stone unturned.”

Khandavalli has another, larger tech company in Vermont, iTech US, where as many as a quarter of the 500 employees have H-1B visas. He said he often found foreign tech talent at American universities, but that pool isn’t what it once was either.

“The gap in demand and supply is widening,” he said of workers in so-called STEM fields — science, technology, engineering and math.

Many researchers agree the core problem is that the United States is not producing enough graduates with the skills needed for many STEM jobs.

Last month, there were more than 1 million job vacancy postings in computer occupations alone, with the unemployment rate for those workers even lower than the 3% rate before the pandemic, according to an analysis by the National Foundation for American Policy.

“Blocking immigrants is not actually the solution if you want to get Americans these jobs,” said Britta Glennon, assistant professor at the University of Pennsylvania’s Wharton School. “The solution is to educate Americans in these areas, and right now not enough Americans are being educated in those areas.”

In fact, Glennon said that her research had found that restrictions in the H-1B program not only did not increase employment of native Americans but also had the effect of sending jobs abroad.

“For multinational firms, if they can’t hire the labor that they need in the U.S., they’re just going to hire somewhere else, in another country,” she said, adding that Canada has been a particular beneficiary.

Trump’s ban also temporarily shut off a wide range of temporary and seasonal work for foreign nationals, including students. “One of the clear things we saw was that there was not some sudden rush of natives working in these occupations,” said Alex Nowrasteh, director of immigration studies at the libertarian Cato Institute.

Beyond that, he said, there was another less-recognized, unintended consequence of closing legal entry to these jobs.

“There’s been a steady flow of illegal immigrants crossing the border since last April. And part of it is due to these visas, most of them being closed to people, and there’s still demand for [these workers] in the United States.”

The demand is only expected to grow bigger as the American economy gains steam this year, thanks to more vaccinations and a wave of federal economic relief money.

At the moment, however, the nation’s unemployment rate is at a relatively high 6%, and the economy has some 8.4 million fewer jobs than in February of last year, before the pandemic.

Defenders of Trump’s ban continue to insist it was the right policy.

“It was a huge mistake at this point in time to open up a pipeline of temporary foreign workers,” said Robert Law, a top immigration policy official in the Trump administration and now director of regulatory affairs and policy at the Center for Immigration Studies.

“If you allow temporary workers to come in and take jobs, you’re going to cripple any form of economic recovery.”

Labor and other critics of guest worker visas say employers sometimes bring in workers at substandard wages and terms, and that U.S. companies wouldn’t have so much trouble finding domestic help if they provided better pay and benefits. Employers argue that they can only offer so much if they want to stay in business.

With travel restrictions still in place in many countries, it’s unlikely large waves of temporary workers will be arriving anytime soon.

But amusement parks, resort areas and other tourist destinations that in past years have relied on seasonal foreign workers are now scrambling to try to fill their labor needs.

“As we look at this summer and fall, we really think that in particular the tourism industry is going to be impacted by a pretty severe labor shortage,” said Ali Noorani, chief executive of the National Immigration Forum.

“And the question will be,” he said, “can the H-2B program move fast enough to keep these businesses afloat?”

Republican and Democratic lawmakers from Maine, which is heavily dependent on tourism, recently called for a doubling of H-2B visas from the annual cap of 66,000 to meet the labor needs of inns, restaurants and other hospitality businesses.

In the past, as many as half of the H-2B visas were used to bring workers, primarily from Mexico, to do various kinds of landscaping work.

Steve Glennon, president of Cagwin & Dorward in Petaluma, Calif., one of the larger landscaping firms in the West, said the domestic labor supply was so tight and competitive that, in 2018, he had one of his employees fly down to Mexico and line up 30 workers who could come in under the H-2B program.

Glennon spent about $30,000 in program fees and other costs, but not a single one of his would-be workers was awarded a visa in the program’s unpredictable lottery system.

Still, he said he would apply again if the process was easier and he had a better shot at succeeding.

Today Glennon’s business is roaring back, and he expects it to reach 2018 levels or even better, but he’s not sure how he’s going to meet his labor needs.

He says he pays gardeners, maintenance crew leaders and others working in the field $18 to $19 an hour. Almost all of them are Latino.

“The native-born don’t want those jobs,” said Glennon, 60, who himself started as a gardener more than 40 years ago. “They just don’t.”