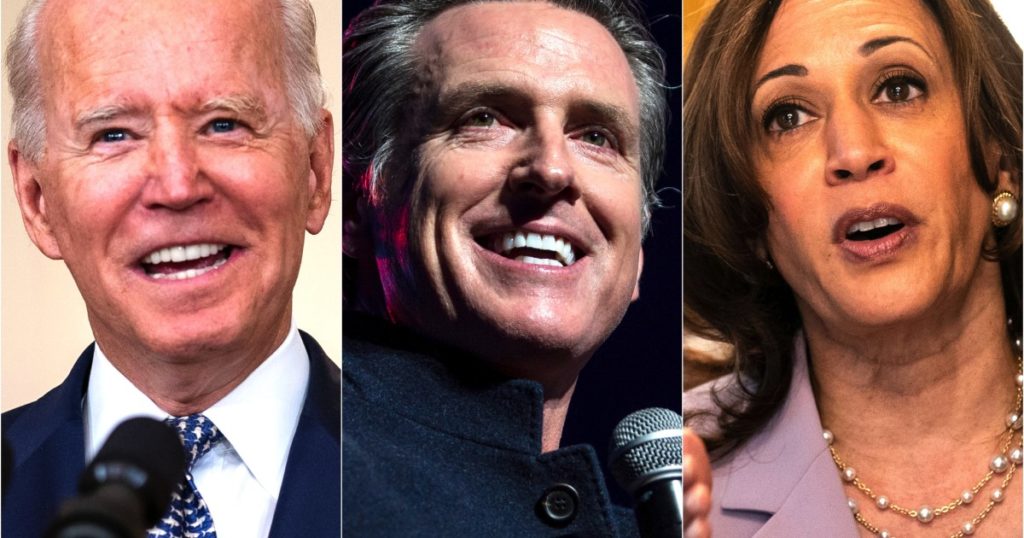 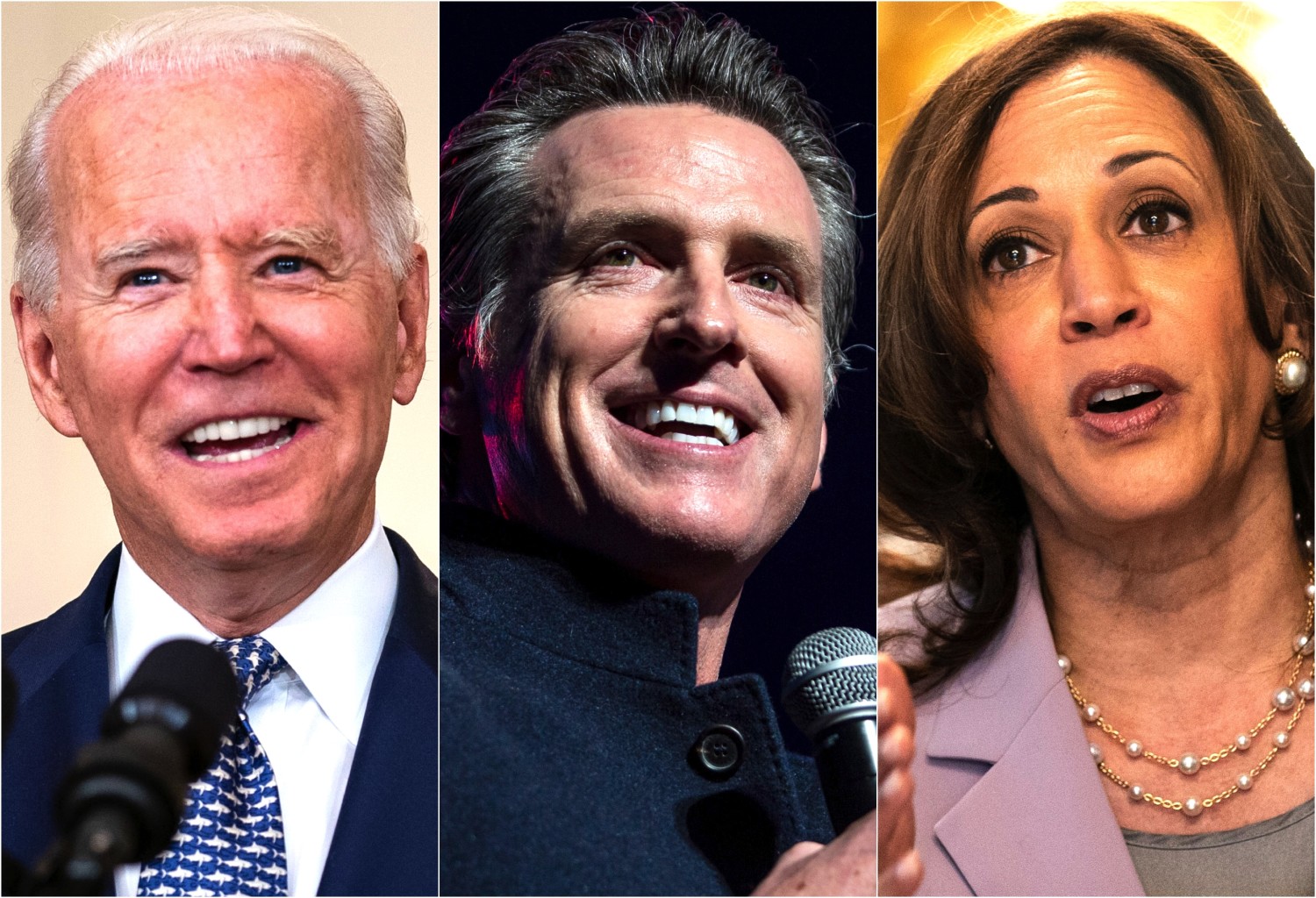 But that won’t prevent the president — maybe in his spare time — from taking an active role opposing the effort to recall California Gov. Gavin Newsom.

On Thursday, the White House upped its engagement and sent a strong signal of its intention to fight on Newsom’s behalf, with Biden for the first time directly urging California voters to reject the attempt to throw his fellow Democrat out of office.

“He knows how to get the job done because he’s been doing it,” the president said, citing Newsom’s efforts to fight the pandemic and address the damage caused by climate change, among other actions. “To keep him on the job, registered California voters should vote ‘no’ on the recall election by Sept. 14 and keep California moving forward.”

Beyond Biden’s statement, the White House and Democratic National Committee are working on potential campaign appearances by Biden and Vice President Kamala Harris, get-out-the-vote assistance and efforts on social media to thwart the recall attempt.

The word from Washington is sure to gladden the Newsom campaign.

While polls have consistently shown a majority of Californians oppose the recall, surveys also suggest that voters favoring Newsom’s ouster are more politically activated and attuned to the Sept. 14 election than those against Newsom’s firing.

That enthusiasm gap poses a serious threat to the governor and has spurred efforts by Newsom and his allies to ensure that Democrats and other recall opponents view his attempted removal with greater urgency. “Those that think this thing is not close, I’d hate to disabuse you,” Newsom said during a get-out-the-vote campaign event this week. “It is.”

A number of national Democrats have weighed in on Newsom’s behalf, including Massachusetts Sen. Elizabeth Warren, a favorite among liberal and female voters, who appears in a TV spot denouncing the recall as a power grab by “Trump Republicans.” Sen. Bernie Sanders (I-Vt.), another hero of the left who won California’s Democratic presidential primary last year, has also voiced his opposition and sent campaign emails on Newsom’s behalf.

No personality, however, can match the political heft of the president, or generate nearly as much attention; the active support of Biden has long been atop Newsom’s wish list.

White House officials have repeatedly expressed their opposition to the recall, including again on Wednesday when Press Secretary Jen Psaki cited the administration’s work with the governor “on a range of key issues,” including the pandemic and wildfires. She said the Biden administration looked forward to continuing the partnership.

Harris — a sometimes friend, sometimes foe of Newsom going back to their start decades ago in San Francisco’s politics — has also criticized the recall effort and stated her intention to campaign on the governor’s behalf.

The plans outlined Thursday go well beyond those remarks by putting Biden’s imprimatur on the anti-recall effort just as ballots begin arriving in mailboxes throughout the state.

Biden’s eager involvement is a contrast with previous presidents.

Republican George W. Bush stayed conspicuously silent during the 2003 campaign that resulted in the ouster of California’s Democratic Gov. Gray Davis and his replacement by Hollywood star Arnold Schwarzenegger. Republicans weren’t eager to cast the recall in a partisan light, given the GOP’s huge disadvantage in the state, and Bush strategists believed he had a better chance of winning California in 2004 if Davis, not the Republican Schwarzenegger, was burdened with its massive budget deficit and other problems.

(Bush was reelected, but lost California by double digits.)

In 2012, President Obama kept his distance from Wisconsin and a failed attempt to recall the Republican governor, Scott Walker, to the dismay of many fellow Democrats in the state. Obama and his campaign team wanted to avoid alienating the independent voters he needed to carry Wisconsin in his reelection bid, which the president did by a comfortable margin.

Biden and Harris don’t have the same concerns. Newsom is eager to turn the recall into a partisan, red-versus-blue referendum, given Democrats’ huge voter registration edge. And California seems virtually certain to vote Democratic in 2024, as it has in the last eight presidential campaigns.

A more immediate concern is the 2022 midterm election, when a number of California congressional seats will be up for grabs and with them, potentially, control of the House.

Having Newsom as governor, as opposed to a hostile Republican in Sacramento, would mean one less political headache in what already promises to be a difficult year for Biden and his administration.