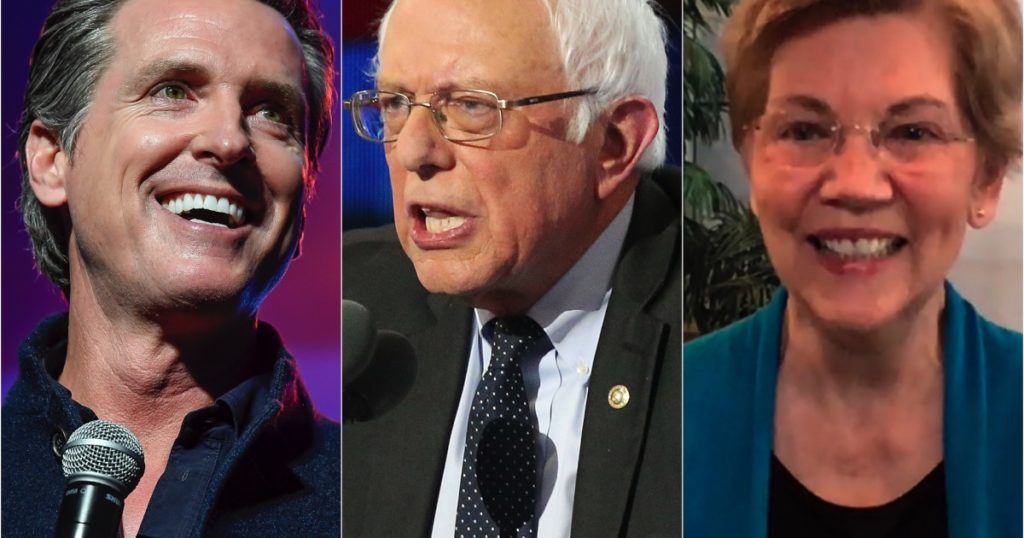 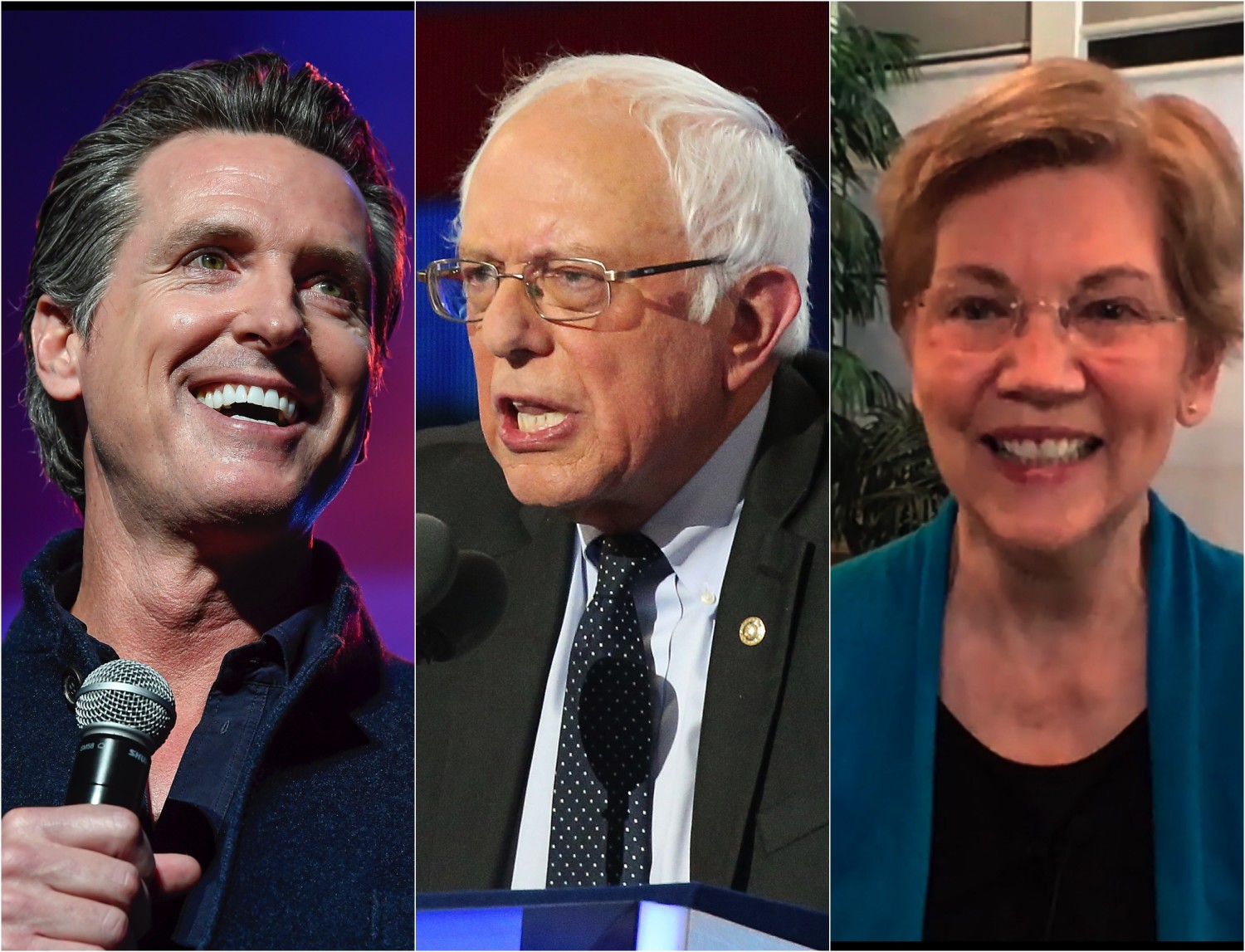 When Democrats spied a chance to nab two U.S. Senate seats in Georgia, the January election became an all-hands effort that engaged party activists coast to coast and across the sea.

An army of organizers flooded the state, marquee Democrats clamored to weigh in, volunteers ran phone banks from London and Paris, among countless far-flung locales, and donors poured more than $300 million into the race.

It took a while for many Democrats to think they had a shot. The party’s track record in Senate runoffs was one of decades-long failure. But as the race turned competitive, Democrats made Georgia their holy grail. The reward was the election of Jon Ossoff and Raphael Warnock and, with Vice President Kamala Harris as the tiebreaker, Democratic control of the U.S. Senate.

The dynamic has been just the opposite in California’s gubernatorial recall election.

For the longest time, Democrats outside the state saw the effort to oust Gov. Gavin Newsom as a nonstarter. Once it qualified, many regarded it as one of those weird California things, like crystals or having kale for breakfast. How could a reasonably popular Democrat in a solidly Democratic state possibly be tossed out of office?

Then came polls suggesting Republicans and anti-Newsom voters were far more likely to turn out than Democrats and other supporters of the governor. The race, the surveys suggested, was uncomfortably close for the targeted incumbent.

President Biden weighed in, voicing his opposition. Harris announced a campaign stop with Newsom, which was scrubbed after the terrorist attack on the Kabul airport. (Harris is scheduled for a makeup appearance Wednesday in the Bay Area and Biden is also expected to show up in California before voting ends Sept. 14.)

Sens. Elizabeth Warren of Massachusetts and Bernie Sanders of Vermont have popped up in anti-recall ads, and Warren and Minnesota Sen. Amy Klobuchar campaigned alongside Newsom over the Labor Day weekend.

In just the last week, prominent national Democrats including Senate Majority Leader Charles E. Schumer of New York and various allied organizations, among them the Brady gun control group, have tapped their extensive donor networks on the governor’s behalf.

“Trump and national Republicans launched a despicable attempt to kick Gov. Newsom out of office,” Schumer stated in characteristically breathless fundraising-speak. To win, he said, “It’s going to take a massive grassroots effort from Democrats everywhere to turn out every last voter.”

Hyperbole aside, Democrats nationwide haven’t exactly stormed the barricades. (Neither have Republicans.)

Outside groups spent nearly $15 million on Facebook advertising alone in the weeks leading up to Georgia’s special election, according to BPI, a communications and marketing agency. They spent about $2 million on this summer’s New York mayoral election but so far less than $600,000 on the recall election.

National Democratic organizations that steered activists to Georgia and tapped volunteers to help with texting and phone calls from around the country have also largely sat out the California contest.

It must be said that the political stakes in Georgia were of far greater magnitude.

“It was a fight for control of the United States Senate that had profound implications for the newly elected president of the United States to get his agenda enacted,” said Mark Mellman, a Democratic strategist with extensive campaign experience in California. “In many ways, it was about the fate of the Biden agenda.”

And it should also be noted the recall election is hardly taking place in a vacuum.

“There are a lot of crises out there — Afghanistan, the Delta variant, wildfires, hurricane, Haiti,” said John Anzalone, a pollster for Biden’s 2020 campaign who remains close to the White House. “A lot to talk about at the kitchen table, and a California recall is not one of them.”

Still, losing the governorship of one of the bluest states in the country — a foundation in the electoral college and unparalleled source of campaign cash for Democratic campaigns and causes nationwide — would be no small thing. (Californians chipped in more than $41 million to help elect Warnock and Ossoff. Out-of-state contributors have given about $19 million of the nearly $81 million raised to keep Newsom in office.)

The governor, of course, has welcomed any help he can get, with Biden and Sanders topping his wish list.

In the meantime, with the help of organized labor, the state Democratic Party and local activists, Newsom’s campaign says the anti-recall side has built the largest and most extensive door-knocking and get-out-the-vote operation that California has ever seen. The governor has collected donations from almost 250,000 residents, building the kind of grassroots support Sanders, the king of small-dollar fundraising and winner of the 2020 primary, enjoyed in the state.

The assistance of Biden, Harris, and especially Sanders and Warren with their wide following on the left, surely helped rouse many Democrats from their summer torpor. If Newsom beats the recall — and the latest polling seems to bode well for him — there will be no shortage of Washington personalities quite happy to claim their share of the credit.

Democrats around the country will join the celebration. But the governor can thank a mostly made-in-California effort.