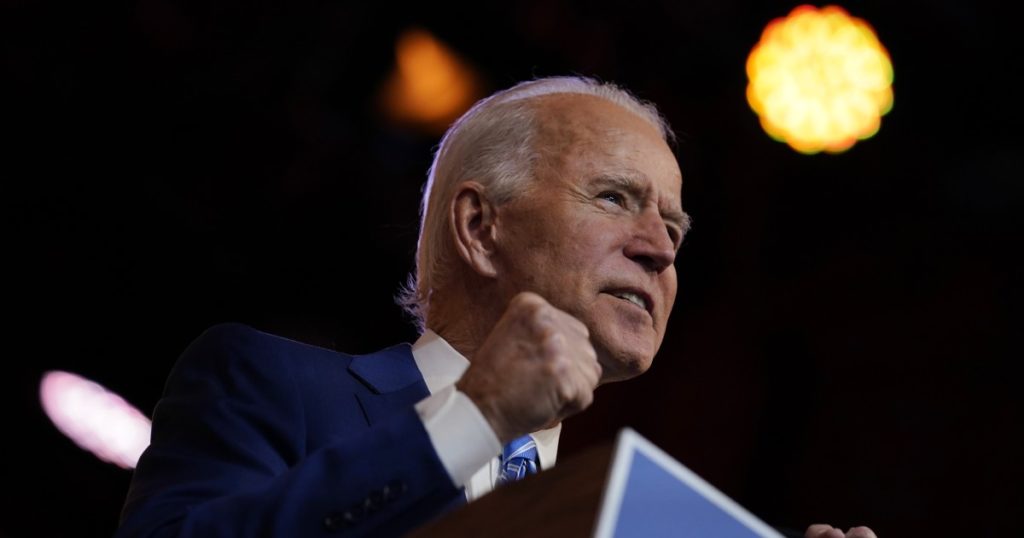 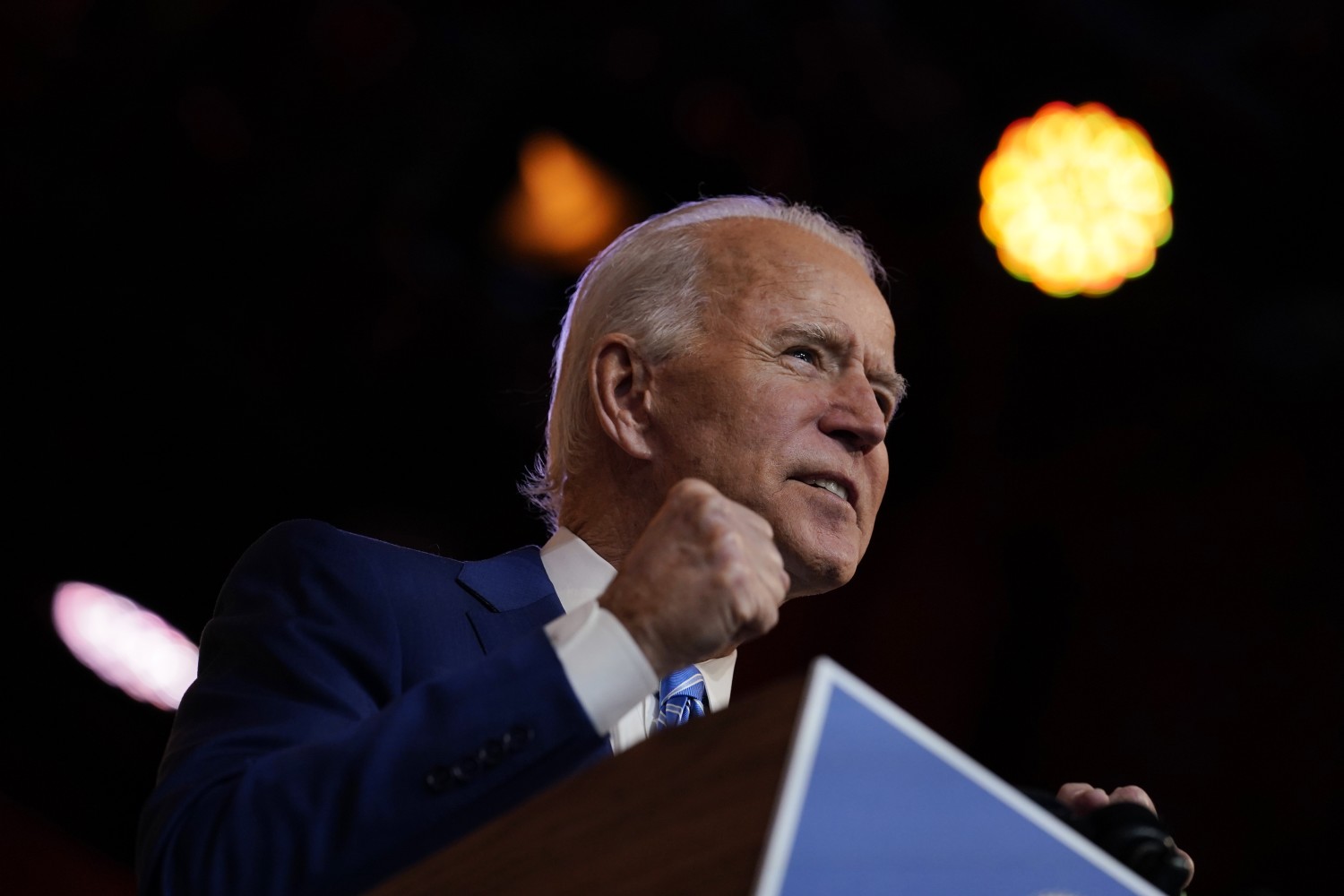 As President Trump continued to downplay an out-of-control virus that is taking more than 2,000 American lives a day, President-elect Joe Biden sought to step into the leadership void Wednesday by delivering a solemn appeal for Americans to put politics aside and unite to beat the pandemic.

Biden’s Thanksgiving eve address signaled a new phase of the official transition, one in which he is bucking tradition and moving early to claim the bully pulpit and reset the tone of the presidency.

While he didn’t mention Trump by name, Biden said Americans deserve “to always hear the truth” from the president, a clear contrast to Trump’s daily stream of mistruths.

For his part, Trump spent the day focused on his false claims of election fraud. He phoned in to a meeting hosted by Pennsylvania Republicans to voice more baseless charges, and said the election results must be invalidated.

Trump also issued a pardon to Michael Flynn, the only White House aide charged in the special counsel investigation into Russian meddling in the 2016 election.

Flynn served less than a month as Trump’s national security advisor before he was fired for lying to Vice President Mike Pence and other officials in early 2017, and he later pleaded guilty to lying to the FBI, a felony. Flynn recently sought to withdraw his guilty plea, and his case has been in legal limbo.

In a statement, the White House said that Flynn “never should have been prosecuted” and that Trump’s pardon would “end the relentless, partisan pursuit of an innocent man.”

Biden urged Americans to consider how the toxic politics that grip the nation are undermining the fight against COVID-19, which he said “has divided us, angered us, and set us against one another.”

“I know the country has grown weary of the fight,” he said. “But we need to remember we’re at war with a virus, not with one another.”

Biden’s appeal to Americans “to write a newer, bolder, more compassionate chapter in the life of our nation” had the markings of an inaugural or State of the Union address.

There were calls for action and sacrifice, nods to history, and promises of mobilization by the federal government.

Biden engaged the symbolism of Thanksgiving and his signature empathy in trying to unite a nation that he acknowledged is discouraged after losing so many loved ones and facing a holiday weekend when it is unsafe to gather.

Biden said he would forego a decades-long tradition of large family gatherings for the holiday, and he implored other Americans to do the same.

“For so many of us it is hard to hear that this fight isn’t over, that we still have months of this battle ahead of us,” Biden said. “Many local health systems are at risk of being overwhelmed. That is the plain and simple truth, and I believe you deserve to always hear the truth from your president. We have to try to slow the growth of the virus.”

Biden is determined to implement a public health offensive immediately upon taking office in January. It will rely heavily on large-scale buy-in by Americans.

Expanded use of masks and social distancing — guidance often mocked and flouted by Trump — is a central pillar of the incoming administration’s plan to keep Americans safe before vaccines are expected to be widely available in the late spring or summer.

Biden promised that the federal government will do its part — once he takes charge — with expanded testing, a comprehensive contact-tracing program and clearer, coordinated guidance for schools and businesses on opening safely.

“I commit to you: I will use all those powers to lead a national coordinated response,” he said. “But the federal government can’t do it alone.… None of these steps we’re asking people to take are political statements. Every one of them is based in science.”

Earlier in the day, Biden’s advisors said the official federal transition — which the Trump administration had blocked until Monday night — is now well underway, with Biden’s team already holding dozens of meetings at federal agencies.

Yet the address Wednesday highlighted how access to officials in the federal government will only get Biden so far in advancing his agenda, particularly in confronting the pandemic.

Once in office, he needs broad public support for public health measures in order to execute his plan. That may be difficult after the government’s top medical experts were undermined and sidelined by a president who saw political opportunity in promoting division and misinformation around the virus.

While Biden’s legal team continues to fight the Trump lawsuits alleging — without evidence — mass voter fraud, the president-elect has largely stopped talking about them.

His speech Wednesday suggested that going forward, Biden will speak to the nation as if he is already in the White House.

He talked about how the vaccine will be distributed, and how the hope it provides should fortify the nation for the battle ahead, when containing community spread will be vital.

“Don’t let yourself surrender to the fatigue.… America is not going to lose this war,” he said.

Biden put the challenge in the context of other historically difficult periods: the Civil War, the two World Wars and the Jim Crow period of legal segregation. He said “love of country and love of one another” ultimately enabled the nation to overcome them.

“We don’t talk much about love in our politics,” he said. “The public arena is too loud, too angry, too heated. To love our neighbors as ourselves is a radical act, yet it’s what we are called to do.”