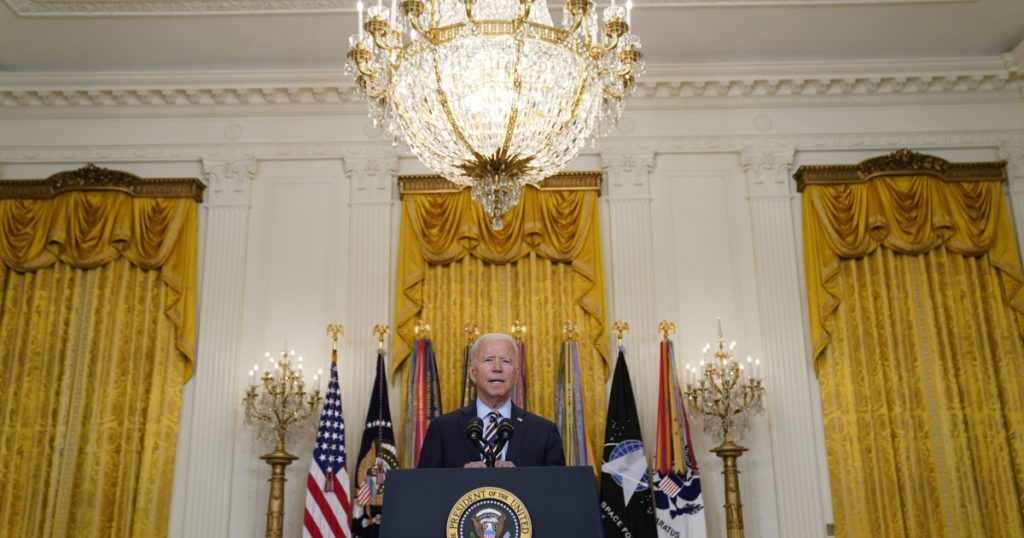 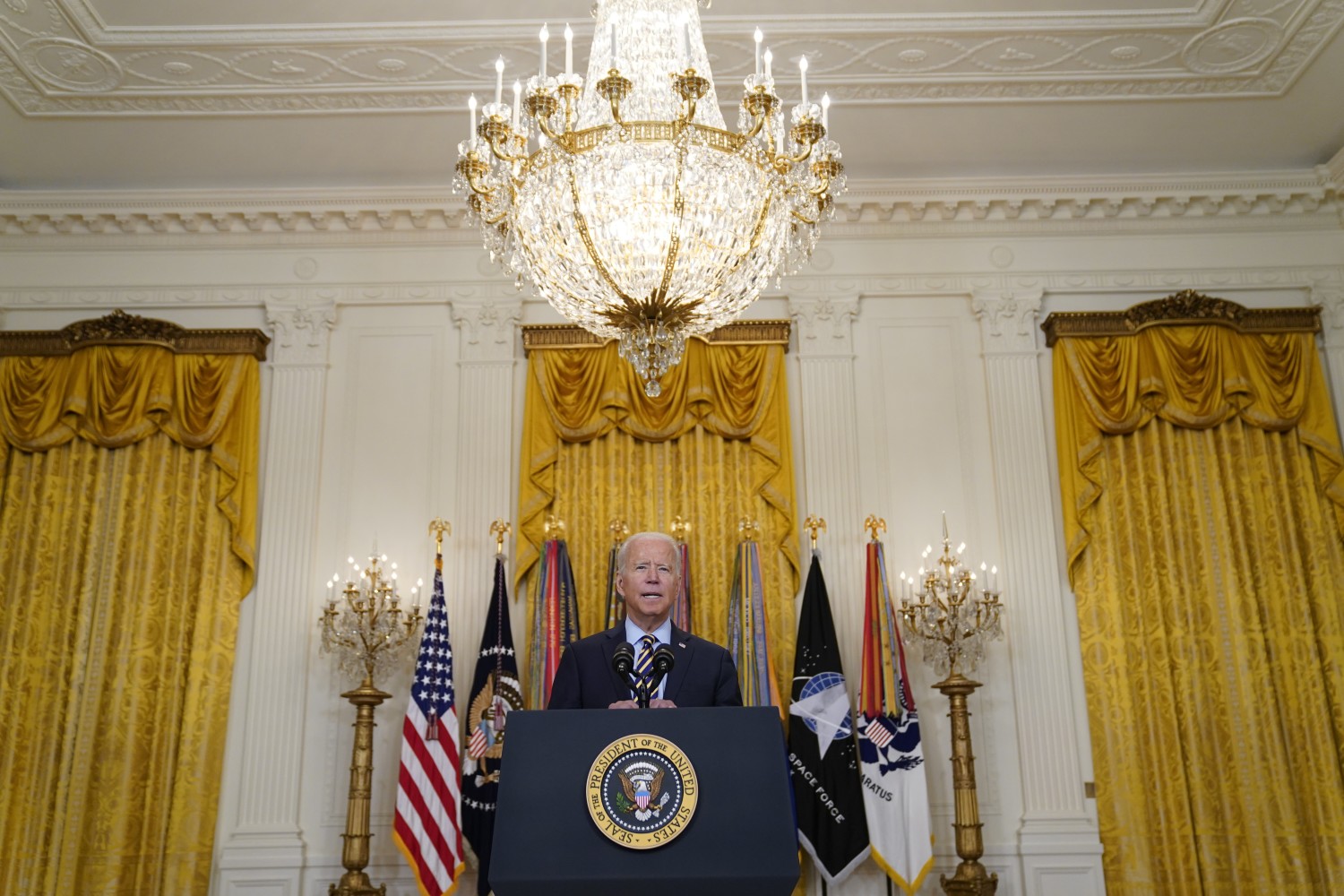 The U.S. withdrawal from Afghanistan is moving ahead of schedule, President Biden said Thursday, announcing that troops will leave by Aug. 31.

The original deadline was Sept. 11, the anniversary of the Al Qaeda terrorist attacks that ignited America’s longest war two decades ago.

“Speed is safety,” Biden said during remarks at the White House.

The president defended his decision to withdraw U.S. forces amid concerns, including within the U.S. intelligence community, that the Afghan government could be toppled by the Taliban insurgents in a matter of months after American troops depart.

“How many thousands more American daughters and sons are you willing to risk? How long would you have them stay?” Biden said. “Already we have members of our military whose parents fought in Afghanistan 20 years ago. Would you send their children? Or their grandchildren as well? Would you send your own son or daughter?”

He added, “I will not send another generation of Americans to war in Afghanistan with no reasonable expectation of achieving a different outcome.”

Biden said administration officials were working to relocate Afghan translators and other contractors who helped U.S. forces and may be in danger as the Taliban makes gains throughout the country.

“There is a home for you in the United States, if you so choose,” he said. “We will stand with you, just as you stood with us.”

Biden said that 2,500 special immigrant visas have been issued so far and that more are in the works.

Although Biden conceded that the Taliban is stronger militarily now than at any point since the U.S. invasion in 2001, he insisted the fall of the capital city of Kabul was not inevitable. The Afghan military was “as well equipped as any army in the world,” he said.

The public broadly supports the withdrawal, according to an April poll conducted by CBS News and YouGov, with 77% of Americans backing the decision to pull out.

“Congressional offices get no mail on this. There are no protest marches. No one runs attack ads. It’s just been invisible,” said Stephen Biddle, a professor at Columbia University and an adjunct senior fellow at the Council on Foreign Relations.

Yet withdrawal carries significant political risks. While a poll last fall for the Associated Press and NORC, a research institution at the University of Chicago, said 57% of Americans don’t follow any news about U.S. involvement in Afghanistan, that could change if the situation devolves rapidly, Biddle said.

“The only thing that will get a lot of Americans paying attention to this war,” he said, “is a catastrophe.”