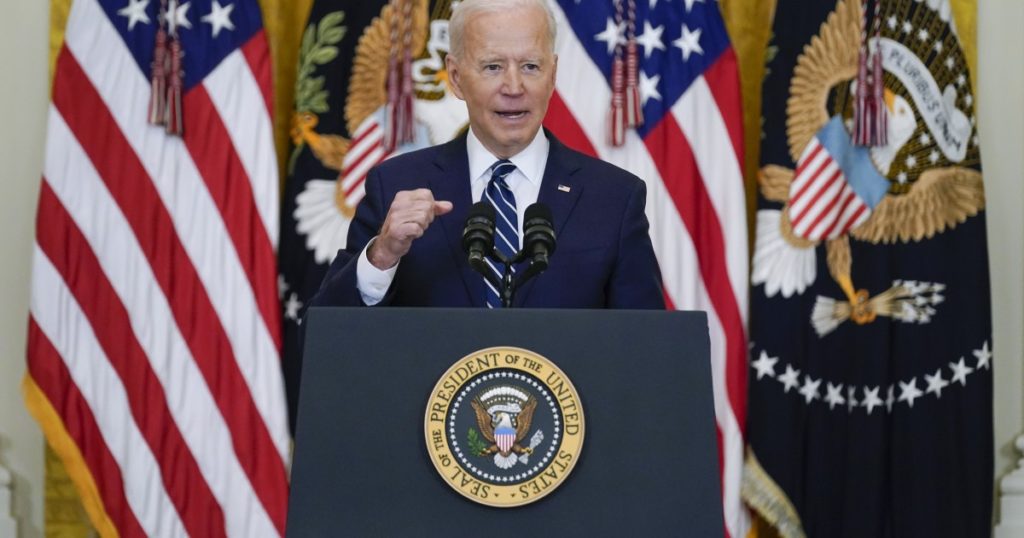 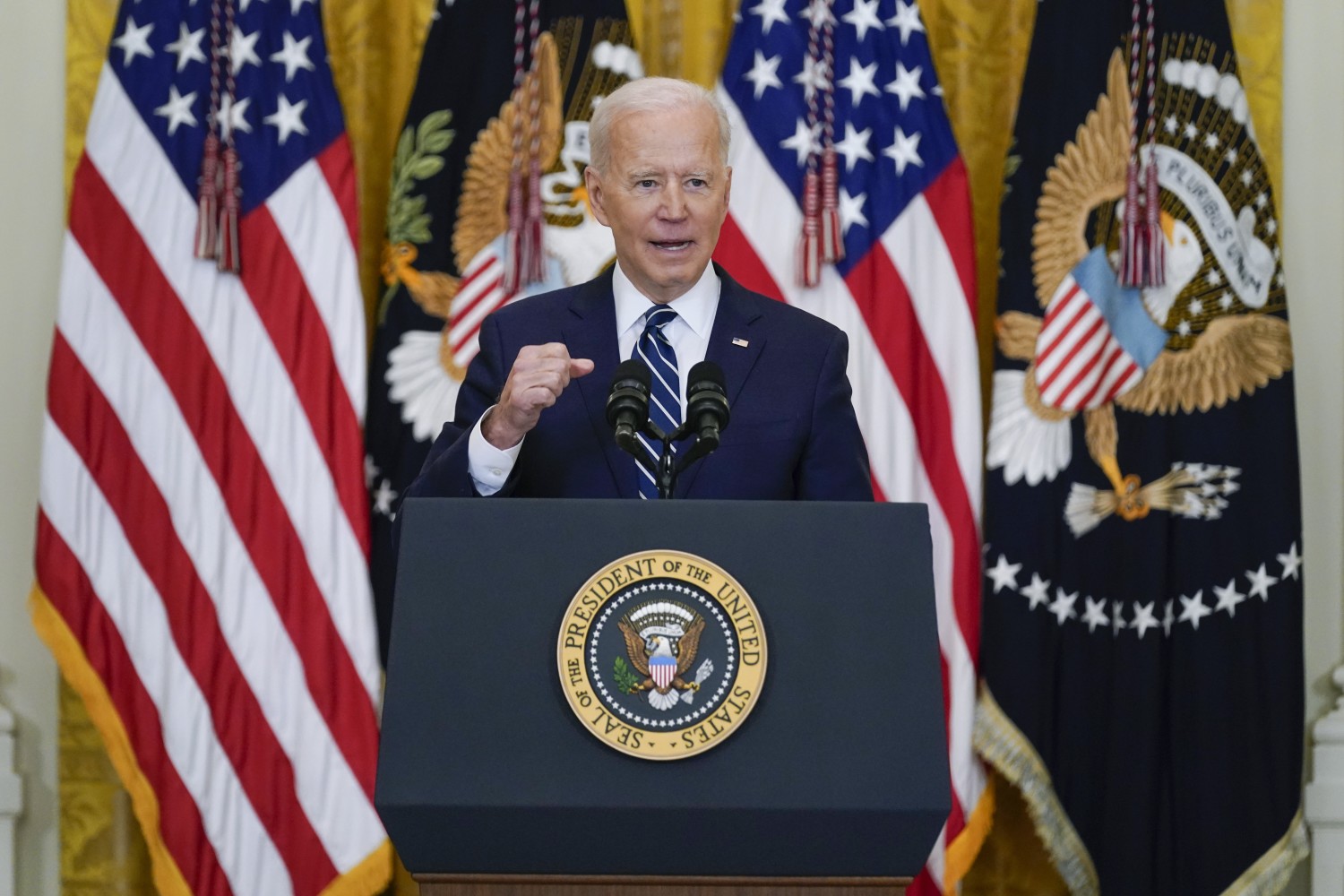 President Biden on Friday denounced a new Georgia law that would make it harder to vote in the state, one of many Republican efforts across the country to restrict access to ballot boxes.

“Instead of celebrating the rights of all Georgians to vote or winning campaigns on the merits of their ideas, Republicans in the state instead rushed through an un-American law to deny people the right to vote,” he said in a statement. “This law, like so many others being pursued by Republicans in statehouses across the country, is a blatant attack on the Constitution and good conscience.”

He urged Congress to pass Democratic legislation to protect voting rights and pledged to “take my case to the American people.”

The new Georgia law, signed by Republican Gov. Brian Kemp on Thursday, limits voting in a number of ways, including requiring absentee voters to submit documentation to prove their identity, restricting the use of drop-boxes for early voting and giving the state legislature, where Republicans dominate, control over local election administration. The law also makes it a crime to distribute food or water to voters waiting in line to cast ballots.

The White House also criticized the arrest of Georgia state Rep. Park Cannon, a Black woman and a Democrat, who knocked on the door of the room where Kemp was signing the legislation as a half-dozen white male Republicans watched him. State troopers handcuffed her and led her away.

“Anyone who saw that video would have been deeply concerned by the actions that were taken by law enforcement,” White House Press Secretary Jen Psaki said.

Biden has pledged to get involved in state-level battles over voting rights. He met with Stacey Abrams, the Democratic activist and former Georgia lawmaker, during his trip to Atlanta last week, and he criticized Republican proposals at his first news conference since taking office on Thursday.

“What I’m worried about is how un-American this whole initiative is,” he said in the news conference. “It’s sick. It’s sick.”

Many of the Republican proposals are rooted in baseless claims that the 2020 election was marred by fraud, a lie pushed by former President Trump to explain his loss to Biden. Biden won in Georgia, the first time a Democratic presidential candidate had done so since 1996, and two months later Democrats ousted the Republicans who’d held both of Georgia’s U.S. Senate seats.

“There’s no doubt there were many alarming issues with how the election was handled, and those problems, understandably, led to the crisis of confidence in the ballot box here in Georgia,” Kemp said Thursday, even though the state’s Republican election officials have repeatedly said that the election was secure.

Three voting rights groups, represented by Democratic Party lawyer Marc Elias, have already sued over Georgia’s law. The lawsuit said it would have a disproportionate impact on voters of color, and its provisions “lack any justification for their burdensome and discriminatory effects on voting.”

Republican National Committee Chairwoman Ronna McDaniel said her party was prepared to defend the law in court, and she accused Democrats of misconstruing its effects.

“Democrats can lie and spin about the bill all they want, but the real question should be: why are Democrats so terrified of a transparent and secure election process?” she said in a statement.