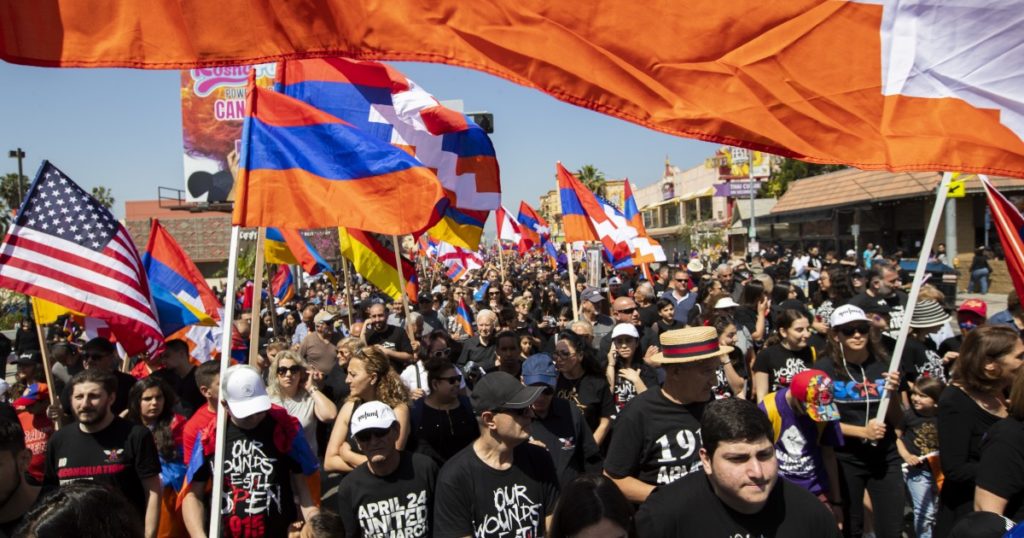 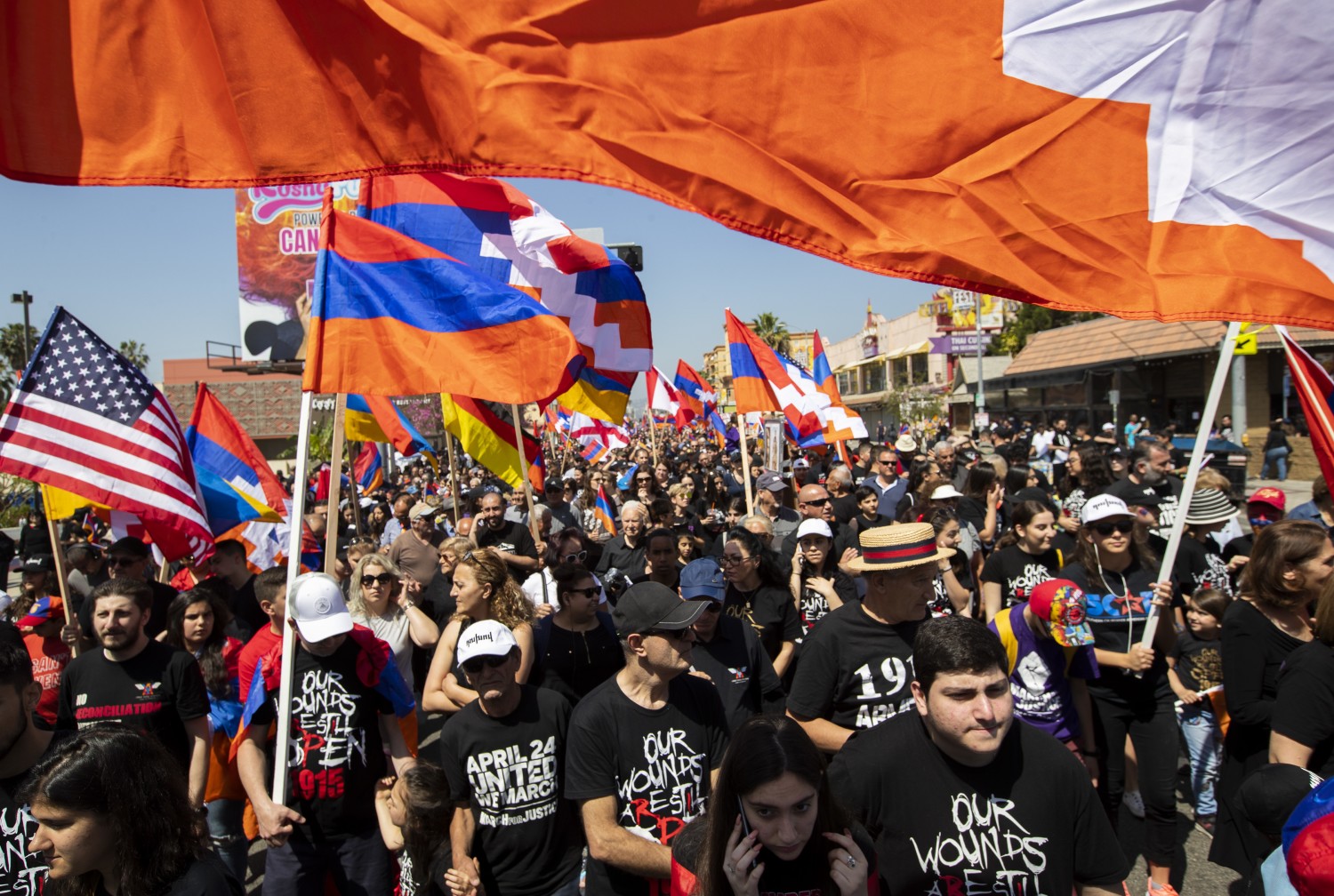 President Biden on Saturday formally recognized as a genocide the killing of more than 1 million Armenians starting in 1915, a label long used by historians but resisted by U.S. presidents to avoid angering Turkey, an important ally.

The decision is a victory for Armenian diaspora communities, notably in Southern California, that have spent decades fighting for such recognition only to be repeatedly disappointed by previous presidents. It will buoy Armenia as well, with the announcement coming months after the nation lost territory to its neighbor Azerbaijan in a bloody conflict over a disputed border region.

“Each year on this day, we remember the lives of all those who died in the Ottoman-era Armenian genocide and recommit ourselves to preventing such an atrocity from ever again occurring,” Biden said.

The statement is a fulfillment of Biden’s campaign promise, and it’s the result of intense pressure from Armenian Americans and their allies in Washington. It’s also a reflection of the increasingly strained relationship between the U.S. and Turkey, which have been at odds over weapons purchases and the conflict in Syria.

Biden spoke to Turkish President Recep Tayyip Erdogan on Friday, and the White House said he expressed “his interest in a constructive bilateral relationship with expanded areas of cooperation and effective management of disagreements.” It’s another shift from former President Trump, whose affection for authoritarian leaders included Erdogan.

The Armenian genocide occurred during the twilight of the Ottoman Empire, which allied itself with Germany during World War I. After their ill-fated invasion of Russia, Turkish leaders became suspicious of the empire’s Armenian Christian minority and began a years-long persecution.

Armenian leaders in Istanbul were detained, deported and killed on April 24, 1915 — widely considered to be the beginning of the genocide — and the campaign spread from there. Hundreds of thousands were killed, and others were forced from their homes on long marches into the Syrian desert, where many more died. Some estimate that 1.5 million were killed, a figure that Biden included in his statement on Saturday.

The modern-day nation of Turkey, which emerged from the Ottoman Empire, has always denied that a genocide took place. Armenia became part of the Soviet Union after World War I and didn’t achieve its independence until 1991.

“President Biden’s affirmation of the Armenian Genocide marks a critically important moment in the arc of history in defense of human rights,” said Bryan Ardouny, executive director of the Armenian Assembly of America. “By standing firmly against a century of denial, President Biden has charted a new course.”

“In so doing, he has cast aside decades of shameful silence and half-truths, and the broken promises of so many of his predecessors, and spoken truth to power,” he said.

Presidents Obama and George W. Bush had promised to recognize the genocide but balked, instead referring to the events as a “mass atrocity” or “mass killings.” President Reagan referred to the massacres as a genocide only in the context of a statement on the Holocaust.

Congress passed a resolution in 2019 to declare it was official U.S. policy to recognize the Armenian genocide even though Trump declined to make a similar statement. Erdogan lashed out, calling “such an accusation to be the biggest insult to our people.”

However, he did not recall the Turkish ambassador to Washington, a step he took with his envoys to the Vatican and Germany when Pope Francis and German lawmakers acknowledged the genocide in previous years.

Turkey has been a key ally for decades, and it’s been a member of the North Atlantic Treaty Organization since 1952. The U.S. based nuclear missiles there during the Cold War, and an estimated 50 nuclear bombs remain stored at the Incirlik Air Base. The facility played an important logistical role during the U.S. invasions of Afghanistan and Iraq after the 9/11 terrorist attacks, providing a way station for supplies and troops.

But more recently an increasingly autocratic Erdogan has faced criticism for tightening his grip after a coup attempt failed to depose him in 2016. He also purchased an estimated $2.5 billion in surface-to-air missiles from Russia, leading to U.S. sanctions.

The U.S. and Turkey also found themselves at odds over Syria’s years-long civil war. Although American troops allied themselves with Kurdish forces in the fight against Islamic State, Erdogan considers them a hostile threat to his own country and he sent the Turkish military to attack them in 2019.