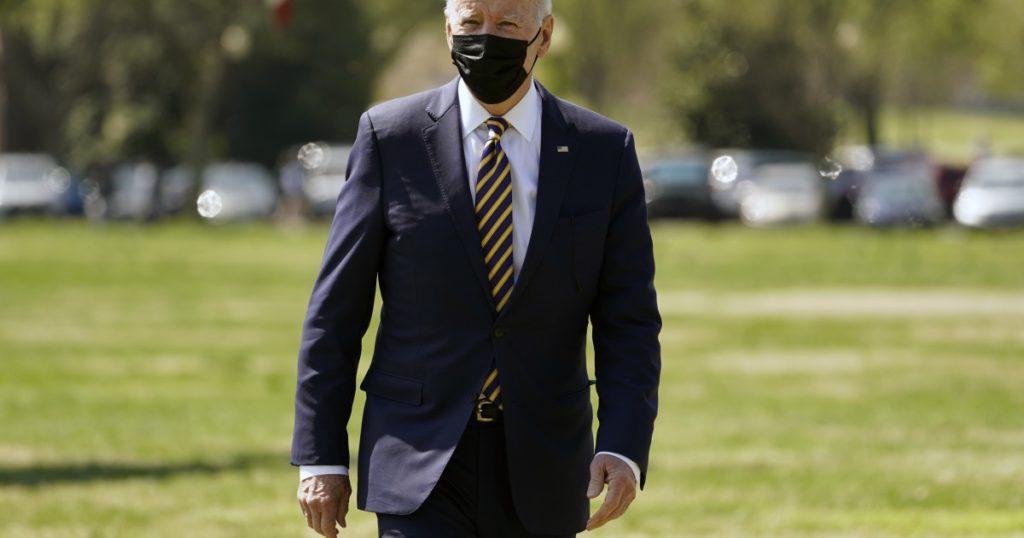 President Biden was the last Democrat in the party’s 2020 presidential field to embrace the idea of ending the decades-long ban on federal funding of abortion.

Now as his administration writes its first budget, Biden has an opportunity to put that campaign pledge into action by issuing the first presidential budget since the Clinton administration that doesn’t prohibit abortion funding for people enrolled in government programs such as Medicaid.

Advocacy groups and Democratic lawmakers are pressing Biden to forgo the ban in the budget, a symbolic act that they say will help build support for ending a restriction that disproportionately affects people of color and low-income women and doesn’t align with the values of the Democratic Party.

“During the campaign, candidate Biden pledged to end the Hyde amendment, Vice President Harris was an original cosponsor of [a bill to end the ban] in the Senate,” said Kelsey Ryland of All* Above All, which advocates against the the ban. Including it in the budget “would both betray his promise and show a real disconnect with where the public is on this issue.”

The ban, known as the Hyde amendment, was first introduced by antiabortion Republican Rep. Henry Hyde of Illinois three years after the Roe vs. Wade Supreme Court decision in 1973.

Whether Biden’s budget proposal includes the ban or leaves it out is largely a matter of optics because the president’s spending plan is more of an aspirational blueprint that is often ignored by Congress at the end of the day. Only lawmakers have the power to repeal the amendment.

Even so, a group of 23 Democratic lawmakers — including Rep. Barbara Lee of Oakland and Sen. Dianne Feinstein of California — is also pushing Biden to keep the ban out of his budget.

“We urge you to begin your presidency with a clear statement that discriminatory abortion coverage bans and restrictions have no place in our public policy by eliminating all such restrictions from your FY 2022 budget,” they wrote in a recent letter, calling it a “strong message to the Congress, the country, and the world.”

“We are very anxiously awaiting and very much monitoring this,” she said. “We feel that the president’s budget needs to ensure that it supports women’s choice by not including Hyde. It only hurts women of color and low-income women in this country.”

White House officials haven’t said what the administration will do. The administration is expected to issue its top-line budget request on Friday, but few expect it will get into the question of the funding ban. A detailed budget is not expected until later this spring at the earliest.

The question facing Biden comes ahead of a potential congressional showdown on the issue this year. House Democrats say they won’t write another spending bill with the ban in place, a significant reversal after decades of going along with the policy. But Senate Democrats are far from the number of votes they would need to get a bill passed in their chamber.

Long considered a compromise between Republicans and Democrats, the Hyde amendment prohibits abortion except in cases of rape and incest or to preserve the life of the patient.

While some states, including California, choose to fund abortion in their Medicaid programs using state money, 33 states and the District of Columbia do not, according to the Guttmacher Institute, a research group that supports abortion rights.

“For the Biden budget to fail to omit the Hyde amendment would be a huge disappointment and would be a failure on the part of this administration to rise to the occasion,” said Megan Donovan, senior policy manager at Guttmacher.

Although the president’s budget doesn’t become law, advocates say Biden should use the symbolism of the spending plan to send a message on what’s important to his administration.

“We need an administration committed to bold policies that ensure everyone has the ability to make their own healthcare decisions, no matter who they are, how much money they make or what type of health coverage they possess,” said Jacqueline Ayers, Planned Parenthood Federation of America’s vice president of government relations and public policy.

Former President Clinton did not include the ban in his 1993 budget, and House Democrats tried unsuccessfully to lift it the following year.

Since then, the furor had died down, so much so that President Obama included the Hyde amendment in his budgets. But in recent years, particularly as racial and economic justice has grown in the Democratic Party agenda, opposition to Hyde rose exponentially. Abortion rights groups made opposition to Hyde a required part of the endorsement process for candidates. It was added to the party platform during Hillary Clinton’s 2016 candidacy.

As a senator, Biden was a longtime supporter of the Hyde amendment and cited his Catholic faith as one reason he backed it. As recently as the summer of 2019, the Biden campaign said he supported the ban, only to reversed himself days later under pressure from Democratic voters as he became the party’s front-runner for the nomination.

Forgoing the ban in the budget comes with political risks for Biden too. Although progressives would cheer it, refusing to continue the ban would further alienate Republicans and the voters who oppose abortion and don’t want taxpayer dollars used to fund the procedure. It could also provide a cudgel to hit moderate Democrats in swing districts during the 2022 midterm election.

Any real chance of Congress repealing the Hyde amendment appears slim. Even if the Senate filibuster is eliminated as some Democrats want to do, Senate Democrats probably don’t have the votes to pass it through a 50-50 split chamber. This year, three Democrats — Sens. Joe Manchin of West Virginia, Bob Casey of Pennsylvania and Tim Kaine of Virginia — voted with Republicans who wanted to add the ban to the Democrats’ COVID-19 relief measure.

Sen. Patty Murray (D-Wash.), who leads the Senate appropriations subcommittee that funds healthcare programs, is personally opposed to the ban and believes it should be repealed, her spokeswoman said.

“She’s talking with her colleagues about the path forward in the Senate and building support for getting this done,” spokesperson Helen Hare said.

House Democrats have taken a more ardent position. House Appropriations Committee Chair Rosa DeLauro (D-Conn.) said last year that, with the support of House Speaker Nancy Pelosi (D-San Francisco), she will not write another spending bill with the ban.

DeLauro reiterated that pledge Wednesday, even as House Democrats contend with a historically slim majority.

“The Hyde amendment is one of the biggest barriers to low-income women’s access to health care, and I am committed to removing this harmful, discriminatory policy,” she said in a statement.