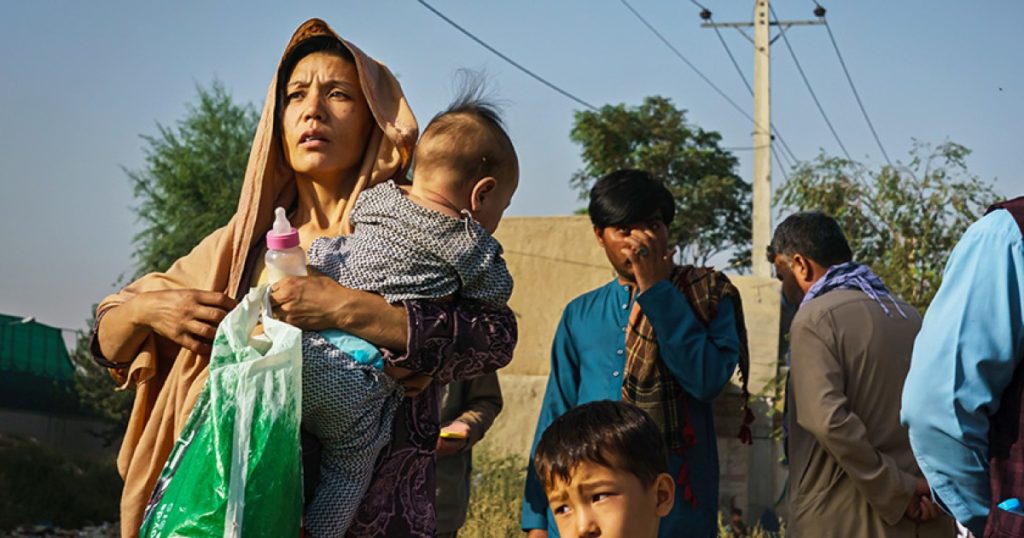 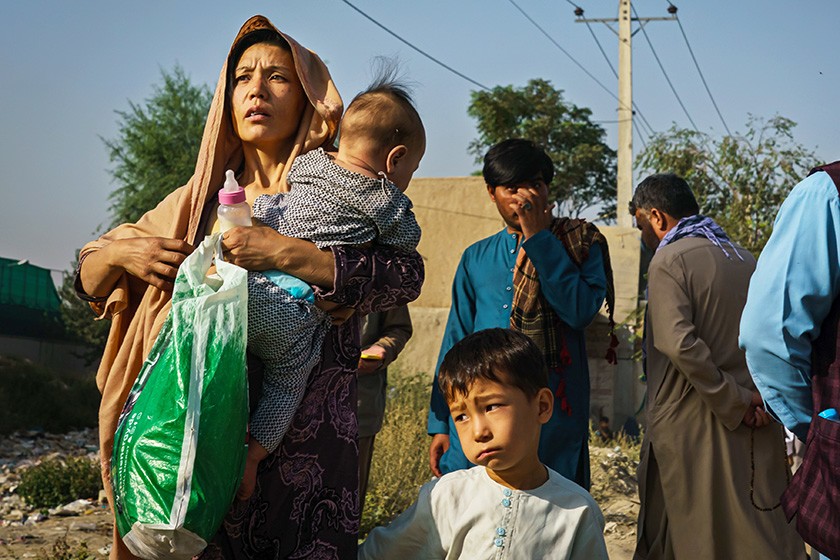 President Biden appeared unwilling to bend to pressure, including from European allies at a virtual meeting of G-7 leaders, to continue a massive evacuation effort from Afghanistan, planning to stick to his Aug. 31 deadline for troop withdrawal.

Although Biden is inclined to agree with the Pentagon’s recommendation to draw down forces by next week, he could keep troops there longer if the Taliban interferes with U.S. evacuation efforts, an administration official said. Leaders of the Taliban, who have seized most of the country including the capital and government, have warned of dire “consequences” if the U.S. misses the deadline set by Biden.

At a press conference in Kabul, Taliban spokesman Zabihullah Mujahid said an extension of the U.S. presence would be “a violation of the agreement” and suggested the extremist militant group would no longer allow Afghans passage to the airport beyond the deadline, according to an interpreter.

“We want them to evacuate all foreign nationals by the 31st of August, and we are not in favor of allowing Afghans to leave,” Mujahid said, through the interpreter.

Administration officials said, however, they are exploring a presence beyond the deadline that would allow Western forces to keep the airport open. At the same time, they have pointed to the rising numbers of people being evacuated as evidence the military may be able to complete its rescue mission by the deadline. But after Biden’s promises not to leave behind any Americans or Afghans who aided the U.S. war effort, his decision not to continue the operation into September could do just that and will likely draw criticism from lawmakers in both parties who have urged him to extend it.

U.S. and NATO forces at the Kabul airport have significantly increased the number of airlifts out of the country, in part by conducting missions to assist Americans and others in reaching the airport.

In the last 24-hour period ending at 3 a.m. local time Tuesday, an additional 21,600 people were evacuated from Kabul, bringing to 63,900 the number of people relocated since the end of July, the administration said. The pace of evacuations has picked up as commercial airlines have begun supplemental flights to help alleviate the bottleneck by transporting evacuees out of other countries that received them from Kabul. Over the most recent period ending Tuesday morning, 37 military flights evacuated approximately 12,700 from Afghanistan, while an additional 57 coalition flights evacuated 8,900 more people, the White House said.

“What does not end when the military mission ends is our commitment to at-risk Afghans,” State Department spokesman Ned Price said. “I don’t want to delve into hypotheticals as to what that end date might be.” He cited Taliban commitments to provide safe passage to Americans and others seeking to leave the country, though chaos outside the airport has been a constant, according to reporters on the ground.

The U.S. and some European allies believe an incentive for the Taliban to allow troops to remain beyond the deadline is maintaining a functional airport. They note that any Taliban attempt at portraying its leadership as legitimate would require a functioning airport.

“The Taliban has also said publicly that they want an Afghanistan that has a relationship with the rest of the world,” Price said. “They want to ensure that Afghanistan under a future Afghan government is not the pariah that it would become in certain circumstances. The fact is that this cannot happen without a functioning airport. A functioning state, a functioning economy, a government that has some semblance of a relationship with the rest of the world, needs a functioning commercial airport. We are in discussions with the Taliban on this very front.”

Over his first eight months in office, Biden has sought to convince wary allies that America “is back,” and that democracies can band together and prevail over autocratic regimes. But on the eve of the meeting, allies, some stung by Biden’s go-it-alone approach on Afghanistan, were glum about the prospects of extending the deadline.

“I think it is unlikely,” British Defense Minister Ben Wallace told British broadcaster Sky News on Tuesday. “Not only because of what the Taliban has said, but if you look at the public statements of President Biden, I think it is unlikely. It is definitely worth us all trying, and we will.”

Wallace has acknowledged if the U.S. leaves, the U.K. will have to follow, and he stressed the urgency of what may be the last days of the evacuation. “We are really down to hours now, not weeks, and we have to make sure we exploit every minute to get people out,” Wallace said.

Beyond the topic of the withdrawal deadline, the meeting is expected to focus on other aspects of the fallout from the Taliban’s expeditious toppling of the Afghan government: how to maintain gains made over 20 years in the areas of girls’ education and women’s rights, potential economic sanctions and the withholding of international aid and financial backing for the new regime, and whether to recognize the Taliban as the official leaders of Afghanistan.

The G-7 and other major Western powers have sought to evince a united front, and the Biden administration has repeatedly emphasized global solidarity, including a recent United Nations Security Council resolution calling for talks to form a new Afghan government and ensure human rights, among other issues. The council’s statement included the signatures of China and Russia, which often veto such measures when sponsored by the U.S. Another frequent talking point by Biden advisors is the coalition of around 100 countries that signed a statement demanding any Taliban government respect international diplomatic norms and human rights.

But less publicly, many of Washington’s allies are furious with Biden’s handling of the chaotic and deadly U.S. withdrawal from Afghanistan. That includes British Prime Minister Boris Johnson, host of Tuesday’s G-7 meeting. He and other Europeans believe they had been reassured by Biden in June that U.S. troops would remain as long as necessary to ease a smooth withdrawal.

Tom Tugendhat, a member of Parliament from Johnson’s ruling party and who served in Afghanistan, last week said it was “shameful” for Biden to blame the astoundingly swift collapse of the Afghan government on soldiers refusing to fight. On Tuesday he told the BBC that he realized extending the withdrawal deadline by a few days was a “risk” but possible and thought the Taliban would go along.

Spaniard Josep Borrell, the European Union’s foreign minister, chose diplomatic language to comment on Biden’s recent contention that the U.S. did not go into Afghanistan to nation-build. “That is arguable,” he said.

“This is a particularly bitter development,” German Chancellor Angela Merkel said at a news conference in Berlin last week. “Bitter, dramatic and terrible.”

That Biden is receiving such criticism from allies — allies who embraced him warmly after he replaced the contentious former President Trump — underscores the challenge he faces in once again proving that the United States “is back.”