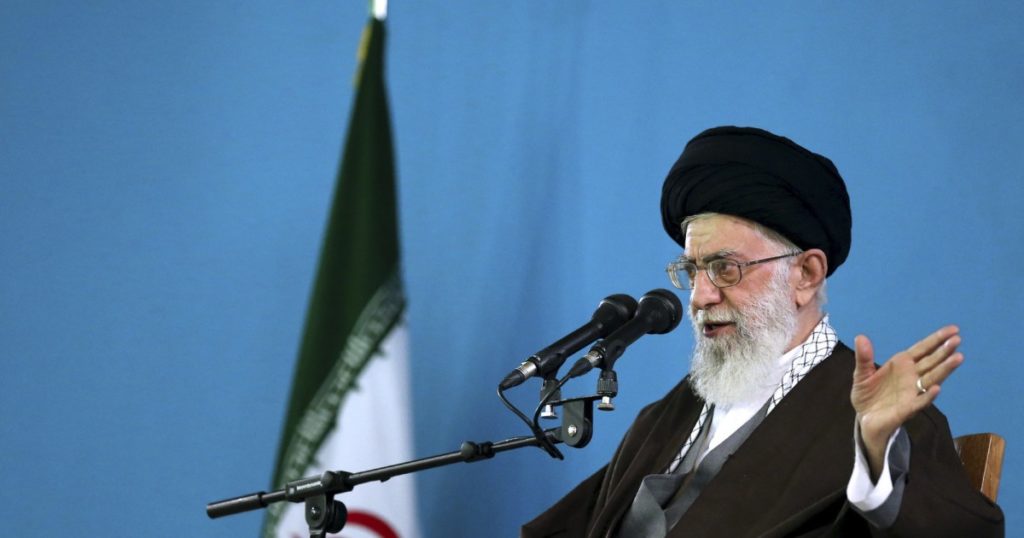 President-elect Joe Biden has made no secret that one of his earliest foreign policy objectives will be for the U.S. to rejoin the landmark Iran nuclear deal that the Trump administration has spent four years disparaging and gutting.

Restoring the agreement, however, will be among his administration’s toughest foreign policy challenges. The president-elect’s team will have to navigate a raft of new Trump-era U.S. sanctions, tweak the deal to garner domestic and international support and convince Iran that it is in its best interest to cooperate. It will also have to work quickly: Iran’s moderate president, seen as the best advocate within the Islamic Republic for the deal, will be leaving office in June.

“We have the most experienced team since 1979 in the Biden administration in terms of dealing with Iran — there is no precedent for this,” said Suzanne Maloney, a former Middle East specialist at the State Department and now director of the foreign policy program at the Brookings Institution. But she said the obstacles are as formidable as ever, perhaps more daunting.

“There has to be an approach on this that doesn’t put this off any longer,” she said. “We really have no choice on this.”

The nuclear deal, which was signed by President Obama in 2015, is just one aspect of the looming foreign policy crisis involving Iran that will confront Biden when he is sworn in on Jan. 20. In addition to deliberation over the nuclear deal, the Islamic Republic is reeling from assassinations this year of two important figures, one killing by the U.S. and another widely blamed on Israel, as well as economic collapse due to crippling U.S. sanctions and a raging COVID-19 pandemic.

The window of opportunity for Biden may close quickly. For now, Iran has chosen to not retaliate for the assassinations, but that decision could change on a dime as hard-liners turn up pressure. Iran is scheduled to hold national elections in June, and President Hassan Rouhani, a moderate, cannot run again.

With that in mind, European nations that negotiated the original nuclear deal with the U.S. and Iran are eager to get to work with the Biden administration and confident he will be an amenable partner, reversing the last four years of Trump hostility, European officials said.

“We already know many of them [in the incoming government] and won’t have to go chasing after them,” said one foreign official. The official, like most others interviewed for this article, declined to be identified because of interregnum protocol that frowns on formal contact with a not-yet-inaugurated president.

All parties “must move fast,” leaders of the European Council on Foreign Relations said in a statement this month, noting also that Iran is stepping up development of the precursors to nuclear production in response to President Trump’s decision to abandon the deal.

It took the Obama administration, along with France, Britain, Germany, Russia and China, as well as Iran, years of negotiation to reach the nuclear agreement. Endorsed by the United Nations Security Council, the accord significantly curtailed Iran’s ability to develop nuclear weapons in exchange for easing economic sanctions on the Islamic Republic.

But Trump, along with Israel, attacked the deal as insufficient, campaigned on destroying it and devoted much of his term to fulfilling that pledge. He unilaterally pulled the U.S. out of the agreement in May 2018.

Biden says he will rejoin the Joint Comprehensive Plan of Action, as it is known, as long as Iran returns to compliance. Iran this year began enriching amounts of uranium greater than the caps set by the deal.

The president-elect and his advisors are looking for ways to enhance it, in part, to win over skeptics in Congress. Among the most likely adjustments the Biden team would seek are extending restrictions — the most prominent of which was a limit on nuclear fuel production — that were to expire in 2030, the so-called sunset clauses, and to expand access by U.N. atomic energy inspectors.

Other changes under consideration have been rejected by Tehran in earlier negotiations: Prohibitions on Iran’s ballistic missiles program and its support for militant groups in the Arab world. To deliver the nuclear deal in 2015, international negotiators agreed to sideline such topics, concluding that controlling nuclear proliferation was the more urgent goal.

In the waning months of Trump’s term, administration officials have been attempting to build what they call a wall of sanctions as an impenetrable extension of their “maximum pressure” campaign to punish the Islamic Republic.

In recent months, the State and Treasury departments have imposed new sanctions on Iranian individuals and entities, as well as firms from other countries that support Iran, as a way to block their access to the international financial system, the oil market and other economic opportunities.

“Our maximum pressure campaign isolated Iran diplomatically, militarily and economically,” Secretary of State Michael R. Pompeo said this month. “The last 48 months have proven that a foreign policy grounded on reality and our proudest tradition actually worked for the benefit of all of us.”

Ilan Goldenberg, a former Obama administration official with the State and Defense departments now at the Center for a New American Security, says Pompeo and his team are attempting to “throw as many things at the wall” in hopes of making it as difficult as possible for Biden to rejoin the pact.

Many of the sanctions lately have been based not on nuclear or arms agreements but on human rights and similar issues with broader appeal. But Goldenberg, who supported Biden, said the brazen political nature of the Trump administration’s actions may allow Biden to more easily justify easing sanctions.

“They’re like the Bond villains,” Goldenberg said of the Trump administration. “They telegraph every day what they’re doing and why.”

In a twist, Trump’s sanctions may also provide the Biden administration with unexpected bargaining power. Iran’s leaders are desperate to find ways to revive an economy that has reportedly contracted by 6% in the last three years.

“Iran will return to the nuclear deal because their economy necessitates it,” said Karim Sadjadpour, a Middle East expert at the Carnegie Endowment for International Peace, a Washington think tank.