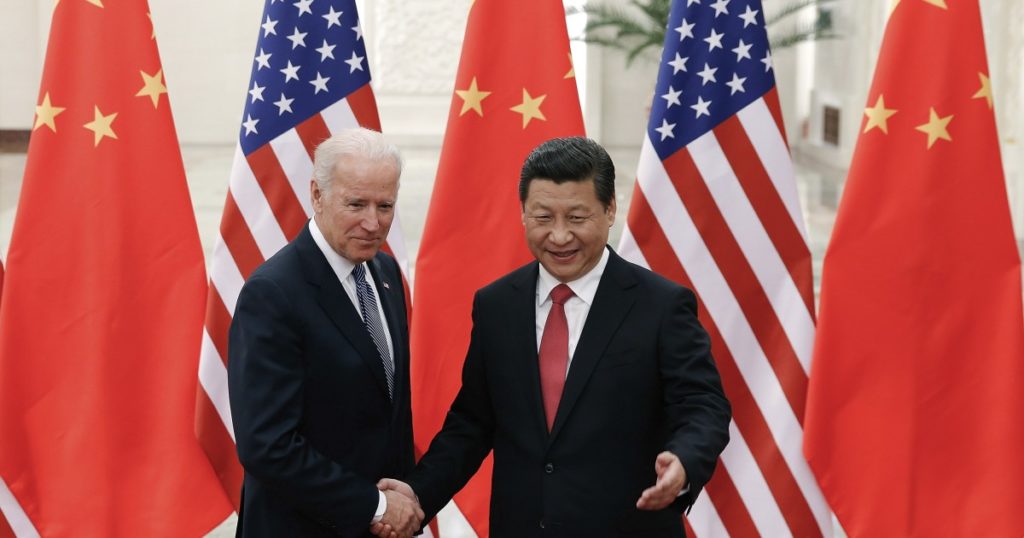 When Joe Biden left the vice president’s office four years ago, the United States was a champion of the Paris climate accord, the architect of the multinational Iran nuclear deal and the leader of a 12-nation free-trade pact in the Pacific Rim region intended to limit China’s growing influence.

None of those things is true anymore as he prepares to be inaugurated as commander in chief next month.

Even as he will be preoccupied by the deadly coronavirus crisis at home, Biden faces a daunting array of global challenges, frayed alliances and emboldened adversaries. And he must confront these issues even as the country he’s set to lead has increasingly become skeptical of interventionism and a robust leadership role internationally — especially after President Trump’s inward-looking “America first” approach.

“As much as there are a lot of people who just want to say, ‘We’re back,’ you can’t erase the last four years. And we’ve been heading in this direction for a long time,” said Ian Bremmer, president of the Eurasia Group, a global risk assessment firm. “Everything Trump represents is symptomatic of something deeper in the American body politic.”

Biden, who will represent a sharp break from Trump’s caustic presence on the world stage, is likely to enjoy something of a honeymoon with transatlantic allies, eager as they are for the United States to return to its traditional role as a pillar of the international democratic order. And his preexisting relationships with many leaders — as senator, vice president and the longest-tenured U.S. member of the 57-year-old Munich Security Conference, where he spoke last year — will help to soothe the jangled nerves of those from Ottawa to Berlin to Seoul.

Even so, some allies have expressed a resigned determination to continue relying less on Washington, as they were forced to do under Trump. And repairing the diplomatic achievements that Trump abandoned won’t be easy.

Sanctions on Iran and tariffs on imports from China, two key pieces of the current president’s agenda, could remain in place as Biden plots his own strategy and seeks new negotiations. Moreover, having opposed troop surges in Afghanistan over a decade ago, Biden may opt not to reverse Trump’s troop drawdown to bring that 19-year-old war to a close.

The president-elect’s team, many of them veterans like him of the Obama administration, knows the pieces won’t fit together the same as before.

“This is not about going back to the world as it was,” said Antony Blinken, Biden’s choice for secretary of State, in an interview earlier this year. “It’s about dealing with the major transformations we’ve seen since — in power among nations, the diffusion of power away from states and the cratering of trust of governance within them. Your policies have to account for that.”

Some of the most drastic changes have occurred in the Middle East. In 2018, Trump withdrew from the multilateral deal the United States had brokered three years before with Iran, European allies, Russia and China, under which Iran agreed to greatly limit its nuclear program through 2025.

Instead of diplomacy, Trump pursued a “maximum pressure” campaign to squeeze Tehran with sanctions, and he ordered the killing of Qassem Suleimani, the powerful Iranian general who died in a U.S. drone strike Jan. 3. The heightened tensions have emboldened hard-liners within Iran, a barrier to getting the country’s leaders back to the negotiating table.

“It’s very unrealistic to talk about just rejoining an agreement that was crafted in 2015,” said Brian Katulis, a senior fellow at the left-leaning Center for American Progress. “That was then, this was now.”

Israeli Prime Minister Benjamin Netanyahu, his country’s longest-serving leader, could remain an obstacle as well. He opposed the Iran nuclear deal and now opposes revisiting it.

“When Arabs and Israelis agree on something, I think it’s critical to pay attention,” Netanyahu said in an interview Thursday with the Hudson Institute, a conservative think tank. “We’re in this region, we know it very well.”

Iran is now closer to a nuclear weapon than when Trump took office. Its “breakout time” — an estimate of how long it would take Tehran to build a bomb — has dropped from one year to a few months.

The challenge hasn’t deterred Biden from his plan to revisit the Iran nuclear deal. “It’s going to be hard, but yeah,” he told Thomas Friedman, a New York Times columnist, in a recent interview.

European allies may be more eager to collaborate with the new administration in containing China, given its growing economic might and increasing assertiveness abroad.

“The best China strategy, I think, is one which gets every one of our — or at least what used to be our — allies on the same page,” Biden told Friedman. “It’s going to be a major priority for me in the opening weeks of my presidency to try to get us back on the same page with our allies.”

Jake Sullivan, the incoming national security advisor, is considering expanding the China team inside the White House National Security Council, to underscore that the issue is a foreign policy priority and that Biden wants to work with allies, according to a person close to the president-elect’s team. Also, because the White House advisors, like Sullivan, would not require Senate approval, Biden could avoid confirmation fights with Republicans who might control the chamber when he takes office.

Hammering out his own trade strategy will prove complicated. Obama was pushing to ratify the Trans-Pacific Partnership, the free-trade agreement that would have linked the United States with other Pacific-fronting countries while leaving out China. The deal was on life support, however, even before Trump took office because of opposition from some Democrats and unions as well as Republicans.

Now China has reached its own trade deal, called the Regional Comprehensive Economic Partnership, with many of those same countries, leaving the United States on the sidelines.

“It strengthens the continued growth of an Asian supply chain in which China is the hub. It poses a real challenge to the United States,” said Edward Alden, a senior fellow at the Council on Foreign Relations.

Another shared — and even more immediate — global priority is addressing the ongoing pandemic. Distributing newly approved vaccines will require coordination among countries in the near term, and cooperation in the longer term to stabilize markets and mitigate broad economic fallout. The crisis provides an opportunity for Biden to rebuild relationships, but it could also prevent the 78-year-old president-elect from making a symbolic visit to Europe early on.

Rejoining the Paris climate accord will be among the easiest steps. All he needs to do is submit paperwork — something he’s pledged to do shortly after he is inaugurated, possibly on his first day— and wait a month to rejoin.

The challenge will be showing the rest of the world that the United States can make progress on global warming, said Robert Stavins, who leads the Harvard Project on Climate Agreements.

Each signatory to the Paris deal must submit “nationally determined contributions,” which are the country’s plans for meeting certain targets for reducing greenhouse gas emissions. Putting together a credible plan will be difficult, Stavins said, because of domestic political opposition in Congress.

“It’s not just conservative Republicans,” he said. “It’s moderate Democrats and Democrats from coal states. So true climate legislation will be extremely difficult.”

Obama sought emissions reductions through regulations, such as his Clean Power Plan and stricter fuel-efficiency standards for cars. That may be more difficult now that Trump’s administration has been unraveling those policies and stocking the federal judiciary with more conservative, anti-regulatory judges who could prove to be an obstacle.

Biden chose John F. Kerry, his former Senate colleague who was Obama’s secretary of State when the Paris accord was signed in 2015, to lead international efforts on climate change.

“There is no one better equipped to do that,” Stavins said.