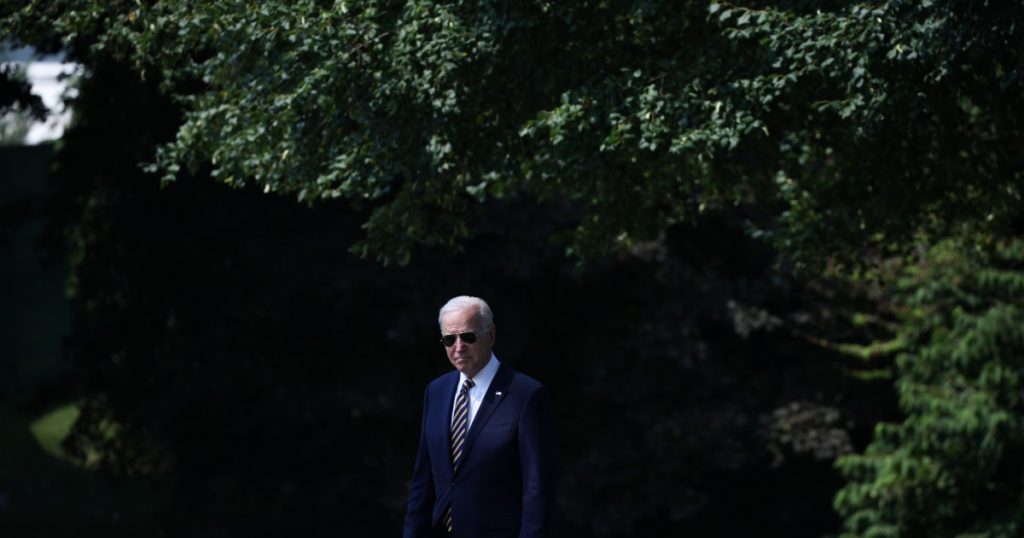 President Biden has tried pleading, cajoling and coaxing Americans to get vaccinated against the coronavirus. Now he could require some of them to do it.

As the federal government’s chief executive — essentially, the boss of a very large corporation funded by taxpayers — he is expected to announce Thursday that federal employees will need to get vaccinated or face regular testing for the coronavirus.

It’s unclear when the rules would take effect, or exactly which federal employees would be affected. There are an estimated 4.3 million federal workers, including more than 1.4 million uniformed military personnel, not to mention millions more federal contractors.

Such a requirement could land heavily in California, which has the most federal workers outside of the Washington, D.C., area, according to the U.S. Office of Personnel Management.

The White House has been wary of any kind of vaccine requirements, preferring to focus on making the shots easily accessible and nudging people toward getting inoculated. But the spread of the more contagious Delta variant, and many Americans’ entrenched unwillingness to get their shots, has led officials to consider stiffer measures.

The Department of Veterans Affairs announced its own vaccine requirement this week for the agency’s healthcare workers and gave them eight weeks to comply.

Similar steps are also being taken by private companies and local governments. Los Angeles announced Tuesday that city workers would need to submit proof of vaccination or undergo weekly testing.

“We need unvaccinated Angelenos to stop dragging their feet,” City Council President Nury Martinez said. “As the largest employer in the city of Los Angeles, this is us doing our part.”

Google said Wednesday that it would require its employees to get vaccinated before returning to the company’s offices around the world.

Mandates or vaccine passports have been controversial ideas, especially with some Republicans and right-wing commentators dialing up the outrage over heavy-handed government initiatives.

Centers for Disease Control and Prevention Director Dr. Rochelle Walensky said Wednesday that some people are “sort of allergic” to mandates of any kind.

“I don’t want to turn them off,” she said in an interview with Dr. Marc Siegel on SiriusXM’s “Doctor Radio Reports.”

Her agency already faced some backlash on Tuesday when it recommended that people wear masks indoors in public settings in areas where COVID-19 is surging, even though it does not have the authority to require Americans to follow its guidance.

Walensky said that requiring vaccines at this point could be tricky because the Food and Drug Administration has authorized them only on an emergency basis and the full approval process could last several more months.

However, she added that she would “endorse any way that we can get more people vaccinated to prevent severe disease and death.”

Jennifer Nuzzo, an epidemiologist at the Johns Hopkins Center for Health Security, said she worried earlier this year that vaccine mandates could backfire.

“We’re at a different place than we were then,” she said. “I can see employers deciding, we have to get back to business.”

She said it was particularly important to require healthcare workers or nursing home employees to get their shots.

“It’s just simply too risky to not have staff in those places vaccinated,” Nuzzo said.

Frank Luntz, a Republican pollster who has been conducting focus groups with unvaccinated people, said mandates could prove effective even if they generate discontent.

“If we require kids to be vaccinated for lots of childhood illnesses before being allowed to attend school, we should be able to require adults to be vaccinated in certain clearly defined situations,” he said. “Would it make lots of people angry? Definitely. But would it work? Absolutely.”

The country remains just shy of Biden’s goal to have 70% of adults receive at least one shot by July 4, a reflection of how difficult it can be to reach and convince holdouts.

“What we have now is a pandemic of the unvaccinated,” Biden said after touring a Mack Trucks facility in Pennsylvania. “Please, please, please, if you’re not vaccinated, protect yourself and the children out there.”

The White House highlighted a glimmer of progress on Wednesday, saying nearly 500,000 people received their first dose of a vaccine, the highest number since the beginning of the month.