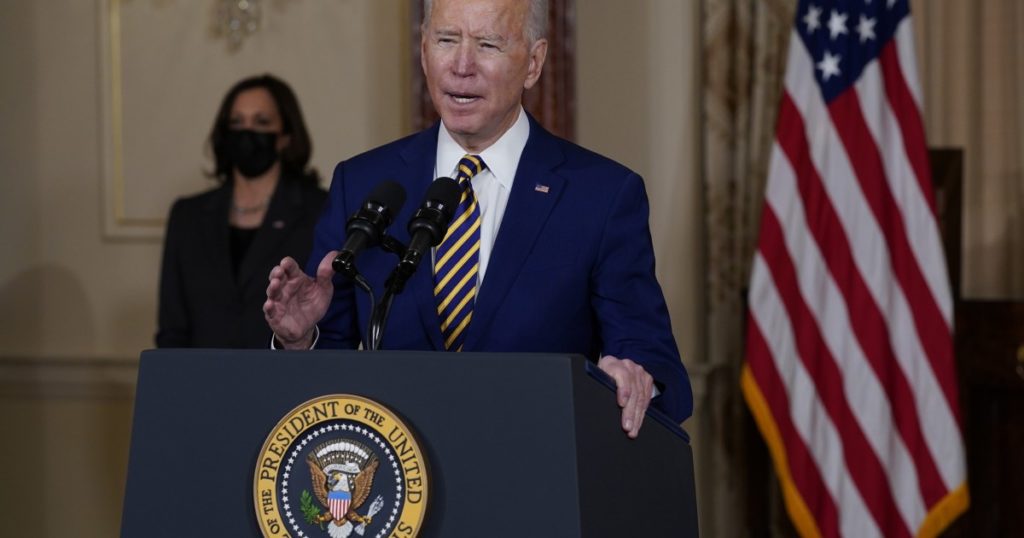 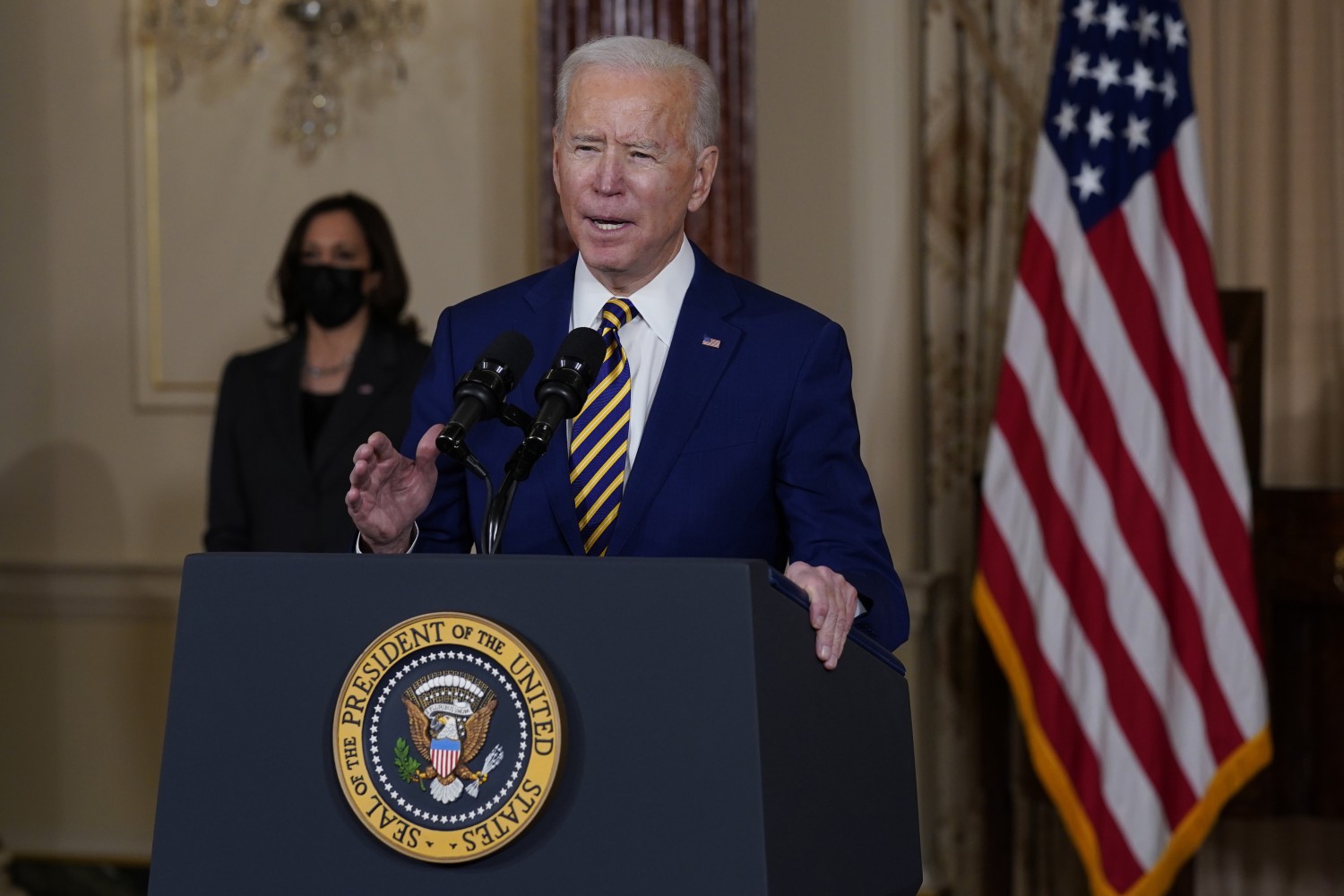 Declaring “America is back” and promising to restore U.S. alliances around the world, President Biden used his first major foreign policy speech since taking office to lay out a starkly different path from that of his predecessor.

In one major reversal, the administration announced on Thursday an end to U.S. participation in offensive military operations in Yemen, where Saudi Arabia, with American support, has battled Iranian-backed Houthi rebels for years in campaigns that have killed thousands of civilians and triggered an unprecedented humanitarian crisis.

Biden also halted a controversial sale of precision-guided weapons to Saudi Arabia, which former President Trump sought to execute in defiance of congressional opposition, and named a special envoy for Yemen as a way to more aggressively find a diplomatic solution to that country’s civil war, national security advisor Jake Sullivan said at a White House briefing prior to the president’s speech.

The moves reflect Biden’s interest in establishing a more neutral role for the U.S. in the conflict, which was decidedly pro-Riyadh under Trump.

Biden sought to rally foreign service officers who felt ignored during the Trump years while pledging to restore the U.S. to a preeminent role in global diplomacy that would include cooperation with allies.

“We will compete from a position of strength,” Biden said, “by building back better at home, working with our allies and partners, renewing our role in international institutions, and reclaiming our credibility and moral authority.

“America’s most cherished democratic values,” he added, are “the grounding wire of our global power” and have come under “intense pressure in recent years.”

The speech was delivered to a reduced audience of State Department employees, limited to protect against the spread of the coronavirus. He was accompanied by Vice President Kamala Harris.

To the diplomats, Biden said: “I will have your back. This administration is going to empower you to do your jobs, not target or politicize you.”

The State Department under Trump’s secretary of State, Michael R. Pompeo, was often dominated by partisan loyalists, and Pompeo came under sharp criticism by career State Department officials for failing to publicly defend the diplomats who testified at Trump’s first impeachment trial.

Biden said he had spoken to numerous leaders of friendly nations “to begin reforming the habits of cooperation and rebuilding the muscles of democratic alliances that have atrophied from four years of neglect and abuse.”

Although Biden is promising a broad overhaul of American diplomacy, most of his actions so far have been limited to planned “reviews” of existing policy.

Two concrete moves in Biden’s first two weeks were the speedy determination that the military overthrow of civilian leaders in Myanmar was a military coup, which triggers a suspension of U.S. aid, and the signing of a five-year extension of the New Start Treaty, the last document still in effect that limits U.S. and Russian nuclear weapons.

Critics, however, said the administration erred by failing to use the treaty extension to extract concessions from Moscow over its imprisonment of opposition leader Alexei Navalny and thousands of his supporters.

In his speech, Biden demanded an immediate release of both Myanmar’s arrested civilian leaders and Navalny — with a particularly pointed message for President Vladimir Putin. “The days of rolling over are over,” Biden said.

Yemen was an early priority for Biden. His order Thursday affects “the type of offensive operations that have perpetuated a civil war in Yemen which has led to a humanitarian crisis,” Sullivan said.

In its final days, the Trump administration declared the Houthis to be a terrorist organization. The designation drew criticism from members of Congress and humanitarian organizations because it complicates the ability to deliver aid to Yemen’s population. The Houthis control territory where roughly 80% of Yemenis live.

The moves will not affect U.S. military operations to eradicate an offshoot of the Al-Qaeda militant group active in the region, Sullivan said.

Staff writers Nabih Bulos in Beirut and Eli Stokols in Washington contributed to this report.