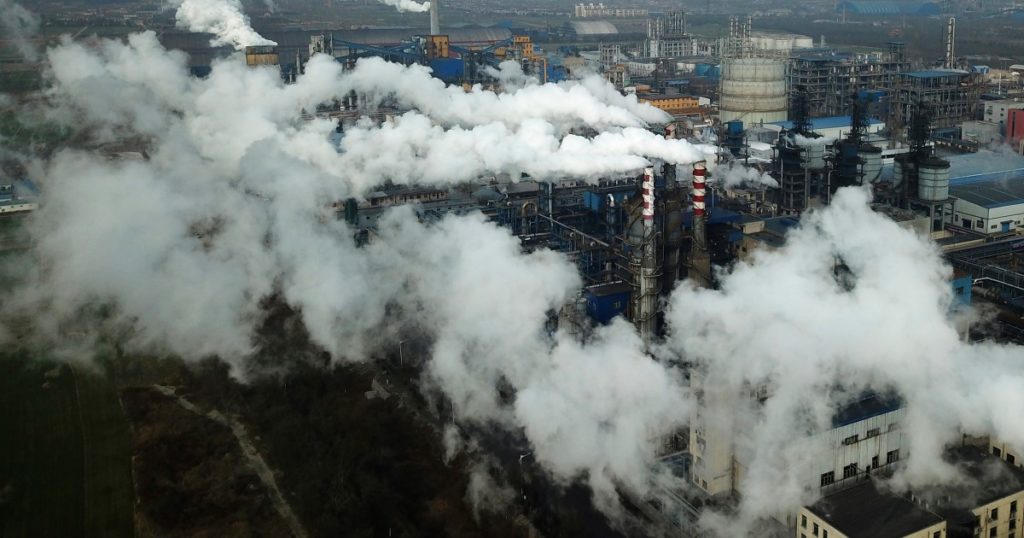 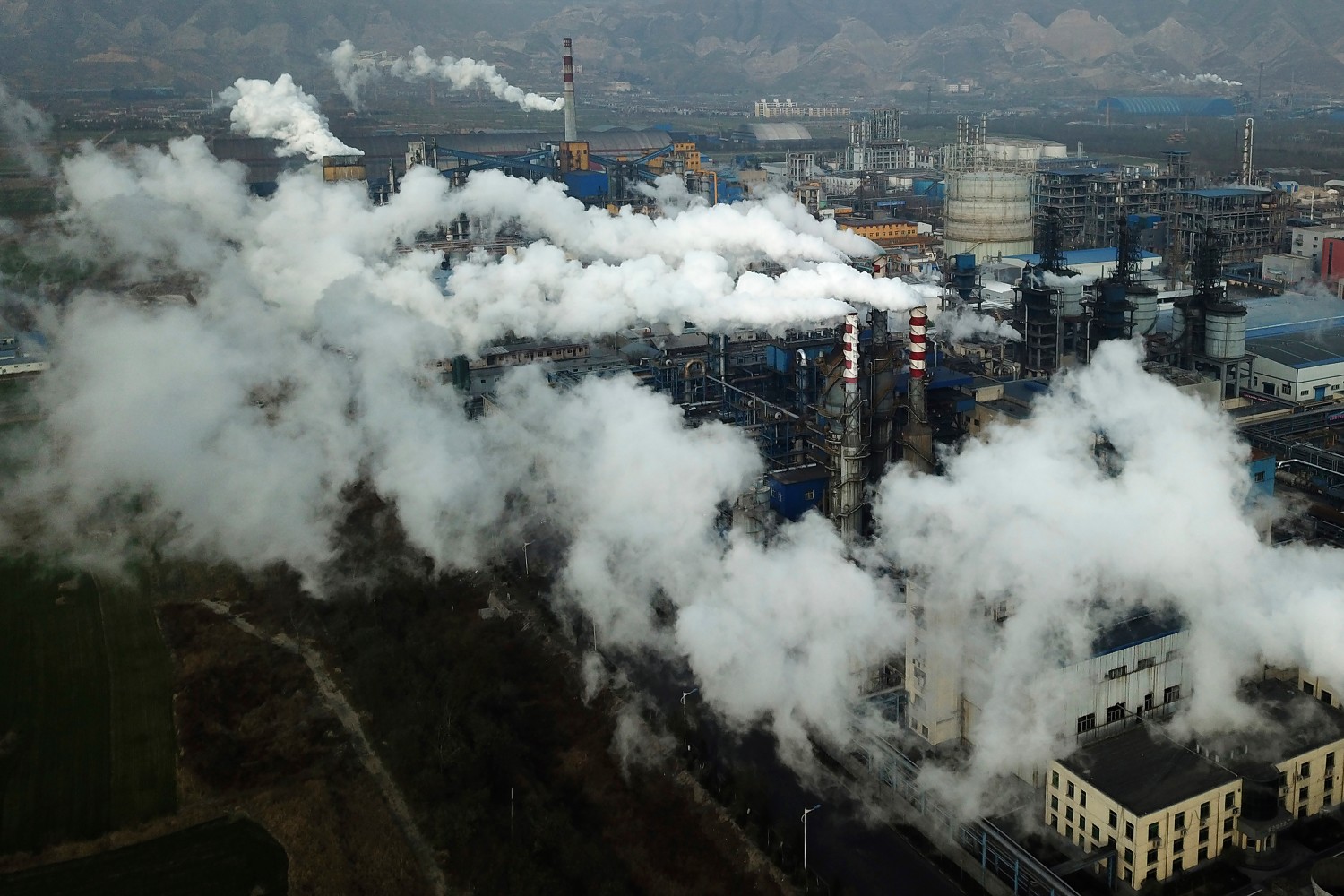 The Biden administration is spotlighting three powerhouse Asian countries in advance of the climate summit this week, nations whose commitment to slashing carbon emissions could prove key to the meeting’s success.

China, Japan and South Korea are the world’s biggest funders of coal-fired power plants around the globe — and the administration is looking to win their agreement to deep cuts in their greenhouse gas emissions by the end of the decade.

Leaders from 40 countries have been invited to the virtual summit at the White House, which is in some ways a dry run for the United Nations Climate Change Conference in Glasgow, Scotland, this November. It’s also a test for the Biden administration and whether it can claim a leadership role in the battle against climate change after four years of retreat on the issue under President Trump.

Though many countries rely on coal for power, the Biden administration is focusing on China, Japan and South Korea because of their global influence. Cash from these nations has funded the construction of coal plants in developing countries such as Indonesia, Vietnam and Bangladesh, which are eager for a source of cheap electricity and jobs.

For China, which has taken steps to limit its use of coal within its borders, financing the construction of dozens of coal-fired power plants in other countries as part of its Belt and Road Initiative has become a way of expanding its influence across the globe.

The three Asian coal backers have acknowledged that the continued burning of coal to generate electricity is accelerating climate change and said they plan to move away from financing new coal projects overseas. None, however, has declared a ban on supporting coal power development internationally.

Ahead of the climate summit, the Biden administration has been applying pressure and charm to win commitments from the three nations to drastically shift away from coal.

President Biden welcomed Japanese Prime Minister Yoshihde Suga to the White House last week, the first foreign leader to visit under his administration. After their face-to-face meeting, Suga announced Monday his government was considering a new target for reducing greenhouse gas emissions — a 40% cut over 2013 levels by the end of the decade, substantially more than the current target of 26%.

South Korea last year announced a Green New Deal that focused on protecting the planet but omitted concrete steps. But last week, under U.S. pressure, Seoul was reportedly considering an end to financing of coal-fired power plant projects, according to the country’s main daily business newspaper.

Meanwhile, John F. Kerry, the former secretary of State whom Biden appointed as the first-ever U.S. climate czar, has been traveling extensively in hopes of securing pledges from polluting countries, including China and India, which is the world’s third-largest carbon-emitter and the second-biggest coal importer after China.

“The climate crisis — and it is a crisis — is growing. We all need to do more. Every country,” Kerry said during a stop last week in Seoul. “It is imperative to address the question of reducing coal dependency everywhere.”

In a speech Monday, Secretary of State Antony J. Blinken said: “When countries continue to rely on coal for a significant amount of their energy, or invest in new coal factories, or allow for massive deforestation, they will hear from the United States and our partners about how harmful these actions are.”

So far, though, pressure on China has not resulted in an agreement to do more.

Kerry held two days of meetings in Shanghai last week, at the end of which he and his Chinese counterparts agreed to work together to combat climate change, but did not set new targets.

Though some diplomats portrayed the agreement as a breakthrough because it secured a commitment from Beijing — though a vague one — others viewed it with skepticism.

Chinese President Xi Jinping, even as Kerry was in China, complained in a teleconference with European leaders that the fight against global warming “should not become a geopolitical chip, a target for attacking other countries or an excuse for trade barriers.”

Tensions between the countries over trade and human rights were already high, particularly after the Biden administration called China’s treatment of the Muslim Uyghur minority a genocide.

Japan and South Korea are receiving special attention from the administration in part as an effort to form a bulwark against China, whose political and economic assertiveness in the region and beyond worry neighbors. Blinken made his first foreign travel as America’s top diplomat to South Korea and Japan. A meeting in Alaska with Chinese officials followed and was contentious.

Two big questions, however, remain at the foundation of governments’ thinking ahead of the conference: How willing are countries to wean themselves off dependence on coal, the biggest source of planet-warming emissions? And how serious are they about winding down the practice of bankrolling new coal-fired plants in other countries.

In some respects, the argument for quitting coal has never been easier to make. Renewable energy from solar and wind power is becoming more affordable. Most economists agree that building new coal-fired plants makes little financial sense today, compared with 15 years ago.

But with the global economy reeling from the effects of the COVID-19 pandemic, turning away from coal and other fossil fuels could become more difficult.

“The U.S. can use the opportunity of the climate summit to ‘shop around’ its draft [climate pledge] with key countries ahead of time and try to use it to leverage increased ambition,” said Joanna Lewis, a Georgetown University professor and an expert on Chinese energy policy. “But it’s generally a difficult time for countries to put forward increased climate targets given the economic strains that many are feeling as they attempt to recover from the pandemic.”

One thing remains clear. This is not an issue on which the U.S. can go it alone.

“Even if the United States gets to net zero emissions tomorrow, we’ll lose the fight against climate change if we can’t address the more than 85% of emissions coming from the rest of the world,” Blinken said Monday. “If America fails to lead the world on addressing the climate crisis, we won’t have much of a world left.”