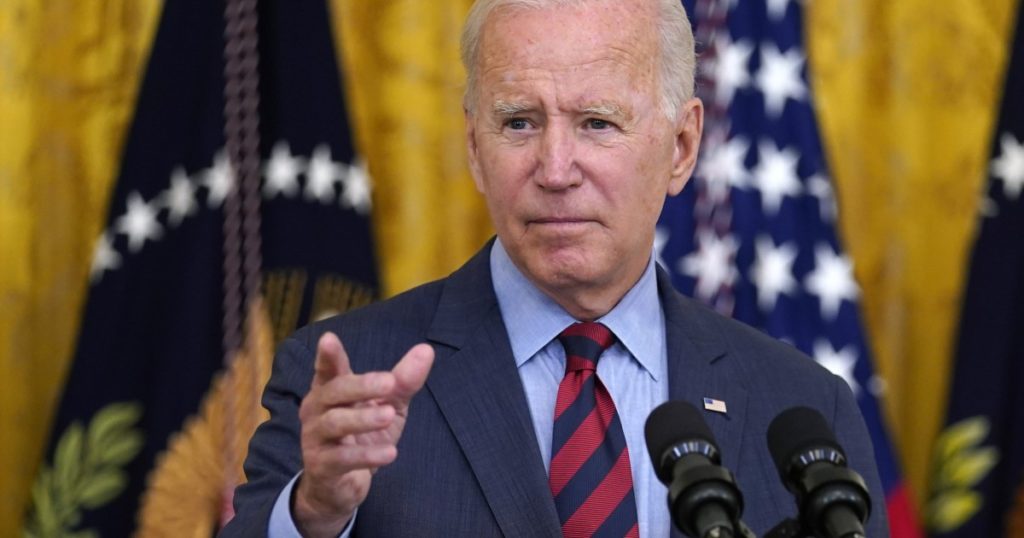 President Biden urged New York Gov. Andrew Cuomo to resign Tuesday after a five-month investigation by the state’s attorney general’s office concluded that he had sexually harassed several women in the workplace and beyond.

“I think he should resign,” Biden said to reporters following remarks about the ongoing coronavirus pandemic from the East Room of the White House.

The president had said months ago, when the allegations first surfaced, that he would call on Cuomo to resign if an investigation substantiated them. Biden said he had not yet spoken with Cuomo and declined to address the details of the allegations or to endorse efforts by state lawmakers to impeach the governor.

“I’ve not read the report. I don’t know the detail of it,” Biden said. “All I know is the end result.”

Amid calls for him to step aside, Cuomo on Tuesday remained defiant, issuing an 85-page statement deflecting the accusations and asserting there was nothing nefarious about his brand of tactile behavior.

“I do it with everyone,” Cuomo said in a video he released in his defense showing him embracing people and politicians of all stripes. “Black and white, young and old, straight and LGBTQ, powerful people, friends, strangers, people who I meet on the street.”

In addition to Biden, other top Democrats threw their weight behind the push to have Cuomo step down.
“As always, I commend the women who came forward to speak their truth,” she said in a statement. “Recognizing his love of New York and the respect for the office he holds, I call upon the Governor to resign.”

It’s unclear if additional pressure from the highest offices in Washington will be enough for Cuomo to leave office. He has shrugged off criticism and continued to raise money for a fourth term, even as the Democratic-controlled state legislature in Albany considers impeaching the governor, whom lawmakers are also investigating.

“No elected official is above the law,” they said in a statement. “The people of New York deserve better leadership in the governor’s office.”

The attorney general’s report, which was conducted by two outside lawyers who interviewed 179 people, validated allegations by 11 women who accused Cuomo of sexually harassing them. The report found that Cuomo engaged in multiple instances of inappropriate touching and sexually suggestive comments.

It also revealed a new allegation that Cuomo arranged for a female state trooper to be assigned to his personal protective detail despite not having the required experience. According to the report, Cuomo made that trooper uncomfortable on multiple occasions — running his hand or fingers across her stomach and her back, kissing her on the cheek, asking for her help in finding a girlfriend and why she didn’t wear a dress.