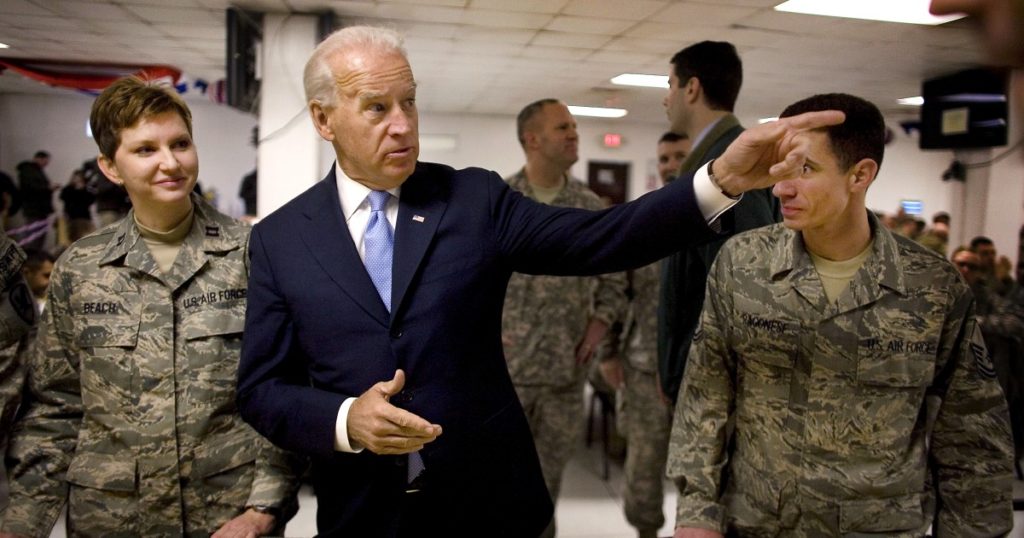 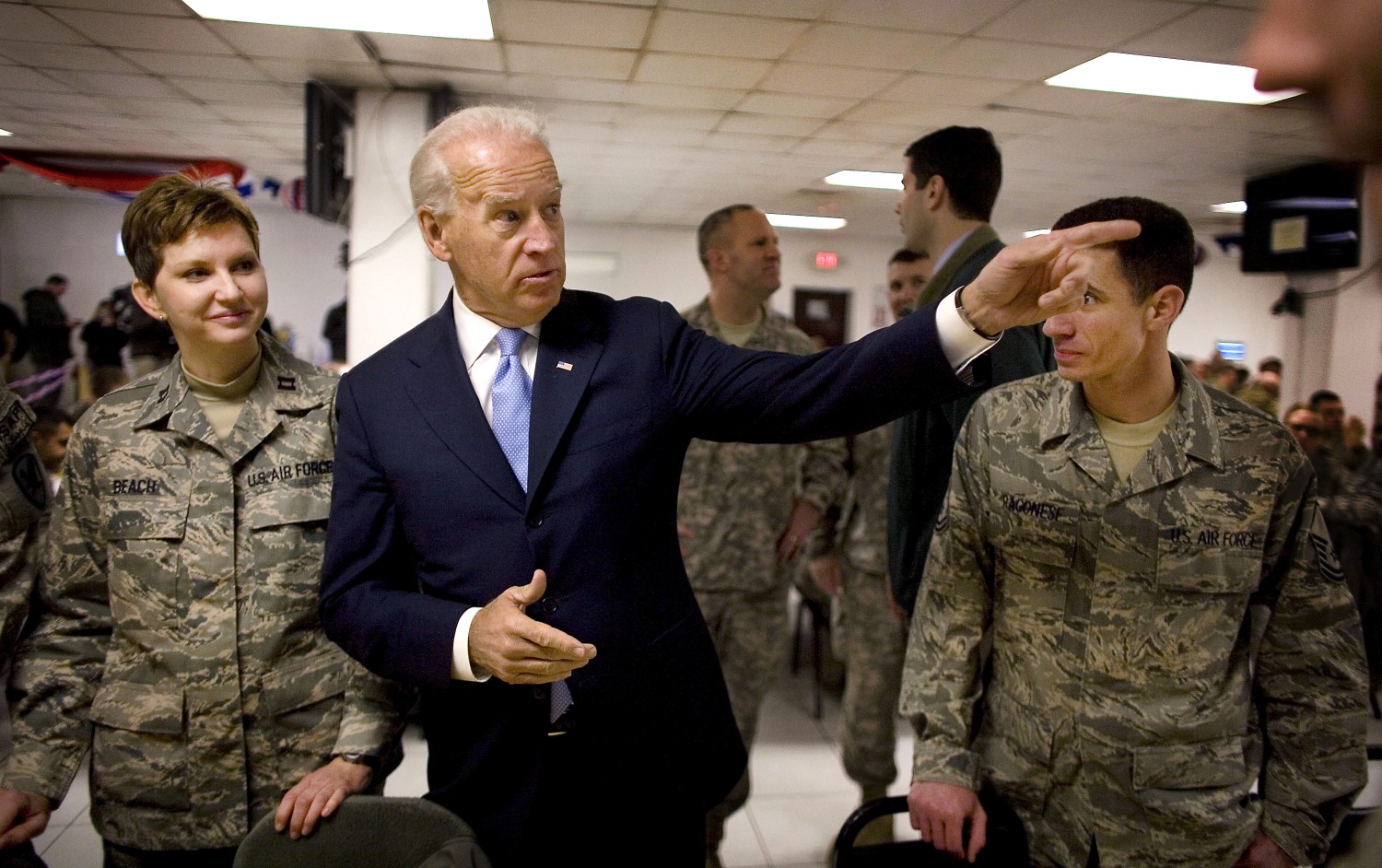 President Biden on Wednesday formally announced a Sept. 11 deadline to end military involvement in Afghanistan, arguing that the 2001 terrorist attacks that led to the U.S. invasion can no longer justify staying engaged in an unwinnable war.

“We went to Afghanistan because of a horrific attack that happened 20 years ago,” Biden said. “That cannot explain why we should remain there in 2021.”

Biden outlined his decision to withdraw remaining U.S. troops from Afghanistan by the 20th anniversary of the Sept. 11, 2001, attacks on New York and Washington, which Al Qaeda planned from Afghanistan. Biden’s plan, which U.S. officials disclosed Tuesday, means the U.S. will miss the May 1 deadline the Trump administration set last year in a deal with the Taliban.

Biden cast the decision as an overdue admission that the United States has fallen short of its goals and as a necessary reorienting of national security priorities toward more urgent threats.

Long a skeptic of the Pentagon plans for Afghanistan, Biden portrayed the decision to exit Afghanistan less as a victory than a recognition that, despite thousands of casualties and hundreds of billions of dollars expended by the United States, a stable Afghanistan has not been achieved.

“We cannot continue the cycle of extending or expanding our military presence in Afghanistan, hoping to create the ideal conditions for our withdrawal, expecting a different result,” Biden said. “I am now the fourth American president to preside over an American troop presence in Afghanistan. Two Republicans. Two Democrats. I will not pass this responsibility to a fifth.”

“It is time to end America’s longest war. It is time for American troops to come home.”

There are at least 2,500 U.S. troops in Afghanistan, though special operations troops and other units that rotate into the country could take that number to 3,500 or higher. As the U.S. departs, almost all of the additional 8,500 troops from NATO allies and other countries now in Afghanistan are also likely to withdraw over the next five months, officials say.

Blinken told reporters that the alliance sent troops to Afghanistan two decades ago to “make sure that Afghanistan would not again become a haven for terrorists who might attack any of us.”

He added: “Together we have achieved the goals we set out to achieve. And now it is time to bring our forces home.”

Ahead of Biden’s speech, CIA Director William J. Burns told lawmakers that the withdrawal of U.S. troops will curtail the ability of the U.S. to gather intelligence on threats and to deter them.

“When the time comes for the U.S. military to withdraw, the U.S. government’s ability to collect and act on threats will diminish — that’s simply a fact,” Burns told the Senate Intelligence Committee in a hearing on global national security threats. “All of that means there is a significant risk once the U.S. military and coalition military withdraw.”

Senior Republicans on Tuesday signaled opposition to Biden’s September deadline, despite polls showing that ending the war is popular with the American public.

“Any withdrawal of forces based on a political timeline … that is not based on conditions on the ground puts Americans’ security at risk,” Rep. Liz Cheney (R-Wyo.), a member of the House Republican leadership, told reporters at a news conference. The congresswoman’s father, Dick Cheney, was vice president when the U.S. invaded Afghanistan.

Burns said that Al Qaeda and Islamic State in Afghanistan “remain intent on recovering the ability to attack U.S. targets, whether it’s in the region, the West or, ultimately, the homeland.”

However, he added, “after years of sustained counterterrorism pressure, the reality is that neither of them have that capacity today and there are terrorist groups … that represent much more serious threats today.”

The CIA and other agencies will “retain a suite of capabilities” that will help the U.S. “anticipate and contest” any rebuilding effort by terrorists in Afghanistan, he said.

Among other questions about Biden’s plans is how much aid and other assistance the Pentagon, the State Department and other U.S. agencies will provide the Afghan government.

Afghanistan’s army and police have been heavily dependent on U.S. military assistance, while the rest of the country’s government is largely funded by foreign aid — help that could begin to dry up even as the fighting in the country between the government and Taliban militants intensifies.

“While we will not stay involved in Afghanistan militarily, our diplomatic and humanitarian work will continue,” according to Biden. “We will continue to support the government of Afghanistan. We will keep providing assistance to the Afghan National Defense and Security Forces.”

The U.S. also plans to continue diplomatic efforts to reach a peace settlement between the Taliban and the Afghan government.

But a Taliban official reiterated Wednesday that U.S. and other foreign forces should leave Afghanistan by the May 1 deadline the Trump administration signed onto in Doha, Qatar.

“The Islamic Emirate of Afghanistan seeks the withdrawal of all foreign forces from our homeland on the date specified in the Doha Agreement,” Taliban spokesman Zabiullah Mujahid said in a tweet. “If the agreement is adhered to, a pathway to addressing the remaining issues will also be found.”