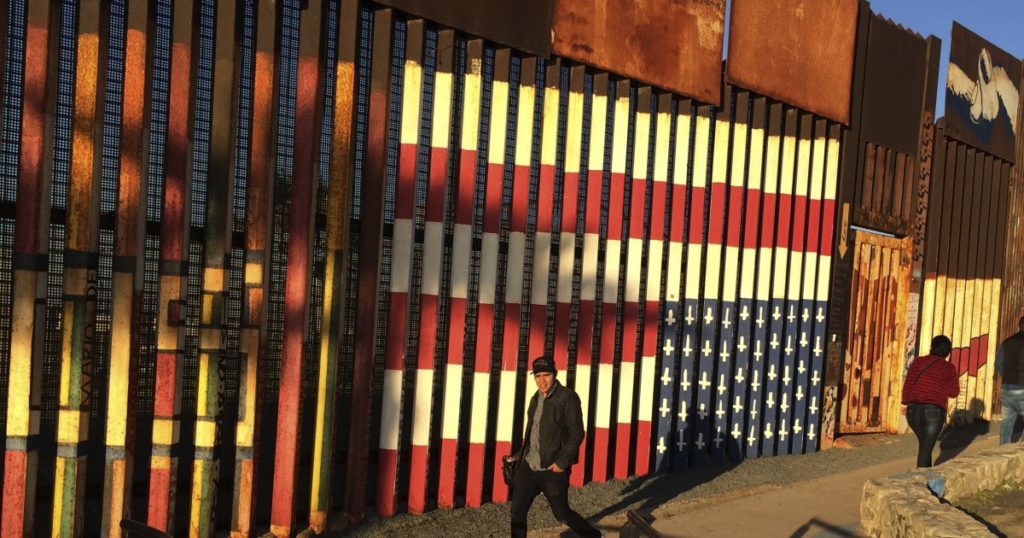 After years of activism that grew out of Tijuana, the Biden administration is taking official steps to help deported veterans come back to the United States, according to a message sent to Congress on Friday.

In addition to a policy review to assist deported veterans and military family in returning to the U.S., the Biden administration officials said that they would support deported veterans in getting their benefits and particularly in receiving the COVID-19 vaccine. They also plan to remove barriers for military members to naturalize and to create an immigration resource center for service members and their families.

“The Department of Homeland Security recognizes the profound commitment and sacrifice that service members and their families have made to the United States of America,” Mayorkas said. “Together with our partner the Department of Veterans Affairs, we are committed to bringing back military service members, veterans, and their immediate family members who were unjustly removed and ensuring they receive the benefits to which they may be entitled. Today we are taking important steps to make that a reality.”

The announcement comes after Sen. Alex Padilla (D-Calif.) last week chaired a congressional hearing on immigration policies that affect U.S. military members. That hearing followed a crescendo of activism by organizations such as the American Civil Liberties Union and politicians including San Diego County Supervisor Nathan Fletcher and Sen. Tammy Duckworth (D-Ill.), as well as deported veterans themselves led for years by Hector Barajas of the Deported Veterans Support House in Tijuana.

For advocates who have worked on the issue, the announcement from the Biden administration was a welcome first step in keeping the current president’s campaign promise to allow deported veterans to return.

“It’s exciting. I’m definitely optimistic and pleased,” said Helen Boyer, an attorney with the pro bono group Public Counsel who has represented dozens of deported veterans trying to come home. “I’m really grateful that the administration is taking this seriously.”

At the same time, Boyer said, it is not yet clear what the announcement will mean for clients, some of whom have been separated from their families for decades because of deportations.

“Every time the Biden admin says something about deported veterans, I get a million links from my clients,” Boyer said. “I oftentimes don’t know what to tell them because I don’t know what the real concrete steps are or concrete changes. I’m looking forward to seeing actually what the plans are, what the shifts will be, what they mean by making this more accessible, who they mean by bringing back people who are wrongly deported. Are they talking about all veterans? I don’t know.”

Immigrants who serve in the U.S. military are eligible to become citizens without waiting the normally required years that green card holders must wait, but they must still apply and move through the bureaucratic process. That can be difficult, especially for service members who are stationed overseas or on remote bases, according to Margaret Stock, an attorney and retired U.S. Army Reservist who specializes in military immigration issues.

Stock said, for example, that Camp Pendleton, the Marine Corps base in San Diego, used to have a mobile unit where those applying for citizenship could have their fingerprints taken, but that went away under the Trump administration.

Immigrants in the military who do not naturalize are still subject to deportation if they commit crimes that can lead to their green cards being taken away. That includes crimes related to substance abuse that may be related to mental health issues that resulted from their military service. Others who managed to enlist without having green cards — a situation that is not supposed to happen but sometimes does — have also found themselves deported, including Roman Sabal of Belize who was recently allowed to come back after 12 years.

There is no record of how many U.S. military veterans have been deported, but advocates have identified hundreds across the globe who are stuck outside of the country they served.

Deported family members of those serving in the military have also gotten public attention in recent years, particularly the case of Rocio Rebollar Gomez, who was deported from San Diego at the beginning of 2020. She managed to return to her family earlier this year after she was attacked in Mexico and made a new asylum request.

A small but growing number of deported veterans have managed to return to the United States and become citizens. But because there is no official process, it often takes a team of attorneys for each individual case.

Boyer has a client who will enter the United States for the first time in nearly a decade next week for his citizenship interview. Hector Ocegueda-Rivera, who served in the Marine Corps, was initially offered an interview from U.S. Citizenship and Immigration Services, the agency responsible for naturalizations, at the beginning of 2020. But Immigration and Customs Enforcement, known as ICE, and Customs and Border Protection — two other immigration agencies that each have authority to temporarily allow people into the United States — did not allow him to attend the interview.

Boyer had to sue on Ocegueda-Rivera’s behalf before the agencies would coordinate to set up his temporary permission to enter for his interview date.

“This process is supposed to be set up to benefit veterans,” Boyer said. “Not many veterans accessing this process have attorneys. I’m really hopeful with this new attention and initiative from the administration that they can make it easier for veterans so they don’t have to jump through these impossible hoops.”

Robert Vivar of the Unified U.S. Deported Veterans Resource Center said he had already started to hear from some of the deportees he knows about the news. He said the group was planning to hold an event on July 4 at Friendship Park, where the south side of the border barrier is painted with messages in support of deported veterans and features an upside-down American flag.

“This is going to be a good opportunity to get the guys home and paint that flag on that wall the right side up,” Vivar said, noting that as the father of an active-duty military member, the announcement could also help him with his own deportation case. “Veterans won’t be in distress anymore if we get them all home.”