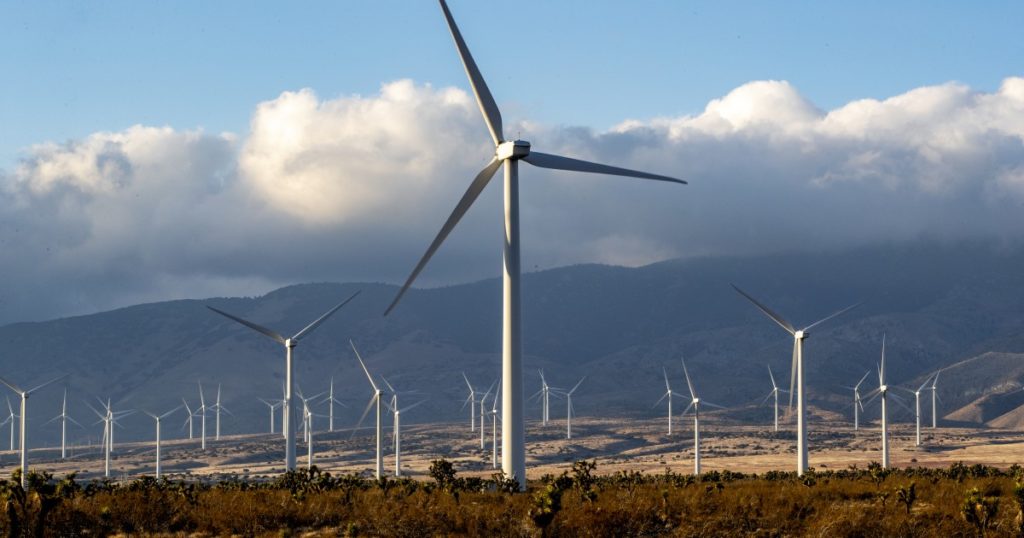 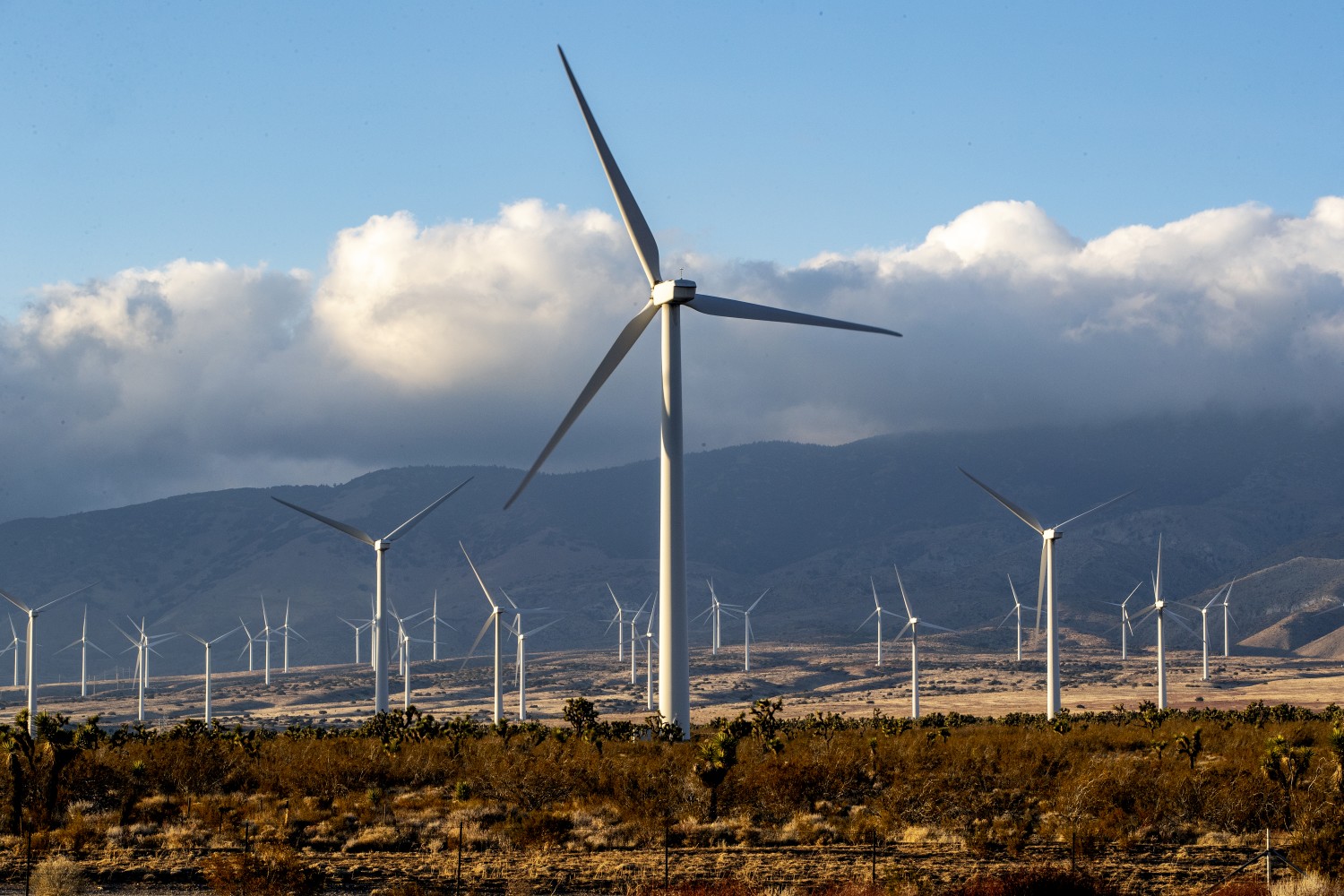 The federal government plans to open California’s coast to offshore wind development, the Biden administration announced Tuesday. The move could provide the state with a major source of renewable energy and cut its climate-warming emissions.

Under the plan, the administration would allow wind power projects to be built in a 399-square-mile area in federal waters off the coast of Central California northwest of Morro Bay. A second location west of Humboldt Bay has also been chosen as a possible area for future wind development. Officials estimate that the two areas combined could generate 4,600 megawatts of electricity — enough to power 1.6 million homes.

The announcement comes amid a surge of interest in offshore wind power, which European countries have been using successfully for more than a decade, but which the United States has been slow to adopt. Despite wind energy’s appeal — it produces no greenhouse gas emissions and has a minimal environmental footprint — it hasn’t made progress in California.

Both of the country’s two existing wind farms are in the Atlantic Ocean and plans for the nation’s first commercial-scale wind development, which the administration recently approved, center on coastal waters off of Martha’s Vineyard, Mass. Another dozen wind projects along the East Coast are under federal review.

Although there has been no shortage of interest from wind farm developers in sites along California’s coast — particularly off the Central Coast and Humboldt Bay — efforts have been stymied by regulatory obstacles, engineering challenges created by the Pacific Ocean floor’s steep drop-off, and environmentalists’ concerns about the impact the infrastructure could have on migratory birds, marine life and fisheries.

The Department of Defense has also pushed back on expanding offshore wind into California, warning that developments could interfere with the military’s exercises and operations. But the department’s top policy officials appear to have changed their position under Biden. On Tuesday, the U.S. undersecretary of Defense for policy, Colin Kahl, said the military had worked with the White House and California officials to find locations suitable for offshore wind development that wouldn’t impede military activity.

“The Defense Department applauds this step and looks forward to continued coordination to address the climate crisis,” Kahl said in a statement.

The administration’s plans for the California coast are part of a broader effort to fight climate change by shifting the country’s energy sources away from oil, gas and coal and toward cleaner technology like solar and wind energy.

The White House has set a goal of deploying 30,000 megawatts of offshore wind by 2030. Officials estimate that hitting this target could spur $12 billion in capital investments in projects on both coasts and employ more than 77,000 people in the offshore wind industry itself and in jobs that spring up around it. They envision bringing much of the industry’s supply chain to the U.S. so that wind turbine components and the steel they’re forged from are manufactured domestically.

In its first step toward that target, administration officials in March announced plans to greatly expand wind development off the East Coast. They chose an area between the New York and New Jersey coasts as a priority spot for new leasing, and both states committed to buy thousands of megawatts of new electricity if wind turbines are eventually installed here.

Tuesday’s announcement means that the federal government will begin holding auctions — just as it does when leasing public land and water to fossil fuel companies. Wind developers will bid on parcels, giving them the right to apply for permits to install turbines.

The Interior Department’s Bureau of Ocean Energy Management oversees this process, which can take years to unfold as proposed projects undergo environmental review, and the bureau collects and responds to public comments. The first lease offering on the West Coast isn’t expected until 2022.

Even if projects clear these hurdles, they’re likely to face lawsuits and opposition campaigns from property owners along the coast, some of whom have expressed distaste at the prospect of wind turbines altering the area’s iconic ocean views.

As for the engineering challenges, the California coast presents an interesting problem: Unlike the Atlantic coast, which is shallow enough to secure offshore wind infrastructure to the seafloor, the Pacific coastline is so deep that the only viable way to install offshore wind would be to build floating turbines that are tethered in place by cables to the ocean floor.

Floating offshore wind technology is still relatively new, but the industry has made significant progress in recent years. In 2017, a floating wind farm off the northeastern coast of Scotland demonstrated that it can be done.

Karen Douglas, a member of the California Energy Commission who has played a leading role in negotiations with the federal government, predicted it could be a decade before offshore wind farms start generating a significant amount of electricity. Any projects would need to undergo a thorough environmental review to study the potential consequences for fishing, shipping, marine life and views from the beach.

They would also need the blessing of numerous state agencies, including the California Coastal Commission and the California State Lands Commission. Officials from the California Ocean Protection Council, as well as California Department of Fish and Wildlife, have also been following the issue closely — filling in data gaps and working to ensure that any offshore wind projects would be developed in an environmentally sensitive way.

“It becomes a balance of wanting things to move forward on a pace that we need them to move forward on given climate and given our goals, but also our commitment to do a really good job on the environmental side and on the public engagement side,” Douglas said.

The governor’s revised budget includes $20 million to boost offshore wind. The money would go toward environmental science positions at state agencies to analyze project proposals, public outreach and port upgrades at Humboldt Bay that could support the development of an offshore wind farm along the state’s North Coast, among other priorities.

The Central Coast is an especially valuable spot for offshore wind because developers could connect their projects to existing electrical grid infrastructure at the Diablo Canyon nuclear power plant near San Luis Obispo, which is scheduled to close in 2025. A shuttered gas plant in Morro Bay could also offer an ideal spot for a wind farm to connect to the grid and send electricity to Los Angeles, the Bay Area or other cities.

Energy experts say there’s little question offshore wind will eventually be needed — it’s just a matter of how much, and how soon.

A report released by the California Energy Commission, the Public Utilities Commission and the Air Resources Board in March concluded that the cheapest path to 100% clean energy would involve building 10,000 megawatts of offshore wind — more than four times as much power as the Diablo Canyon nuclear plant generates. And that figure may be an underestimate.