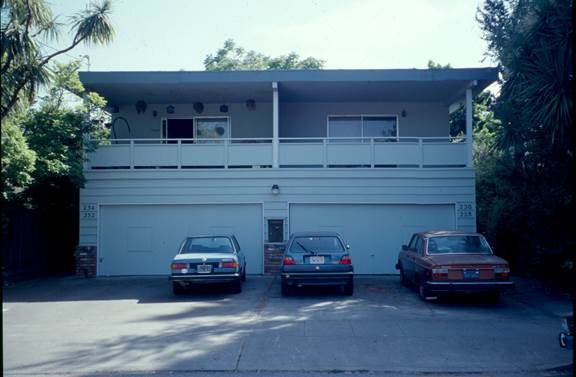 The pandemic has left millions unemployed and unable to pay rent. Some have doubled up with family members. Some have been evicted. Yet in the city of Berkeley and elsewhere, rents remain stubbornly high.

The average rent for a studio apartment in Berkeley is still more than $1800 per month. By contrast, parking is cheap. Storing a private motor vehicle on most of Berkeley’s public streets can cost motorists up to, at most, $66 per year. And on many streets, they pay nothing.

Considering that the cost of building, operating, and maintaining a parking garage typically exceeds $300 per month per parking space, every single year for the expected 35-year useful life of a parking structure, this is a powerful message about what matters.

In 2019, surveyors counted 1,108 homeless people in Berkeley, up thirteen percent from just two years earlier. They found no homeless automobiles. Berkeley has completely solved its affordable housing problem – for our cars.

How did Berkeley become a city of expensive homes for people and free homes for cars? It has taken decades of public policymaking. On January 18, 1949, the City of Berkeley adopted Ordinance No. 3018, which limited housing and required automobile parking to be included when housing is built. It declared that “one garage or off-street parking space is required for each family unit hereinafter erected.”

Builders pay for the costs of these requirements, but they pass those costs on to residents in the form of higher rents. A Sightline Institute study of Seattle-area apartments concluded that parking costs increase rents by approximately 15 percent, or $246 per month for each occupied apartment.

Research by Santa Clara University’s C.J. Gabbe and UCLA’s Gregory Pierce found that, nationwide, including the cost of a parking space in rent “adds about 17 percent to a unit’s rent.”

“Minimum parking requirements create a major equity problem for carless households,” write the authors of that study. The regulations force carless – and generally low-income – people to pay higher rents for parking they don’t need and can’t use. For many, a 17 percent rent increase is the difference between a roof over your family’s head and an eviction notice.

Conversely, removing minimum parking requirements lowers rents and home prices. UC Berkeley researchers Wenyu Jia and Martin Wachs found that in San Francisco, twenty percent more households could qualify for loans on condominiums that did not have any parking than those with parking included.

2. Return any revenue generated from pricing curb parking to the neighborhood where it is generated, to pay for public improvements. Make sure residents know how the revenue is being spent. Local revenue return helps garner support for pricing parking.

4. Require developers to unbundle the cost of parking from the cost of housing, by renting or selling parking spaces separately from homes. Oakland, San Francisco, Seattle, and Santa Monica all require this. To stay competitive, developers would have to reduce apartment rents, since apartments without parking won’t rent for as much as apartments with parking included. Similarly, condominiums with parking sold separately don’t sell for as much as condominiums with parking’s cost bundled in.

In downtown Berkeley, the city already requires parking costs to be unbundled from rents. At the Gaia Building on Allston Way, the developer built 42 parking spaces to serve 91 apartments, a theater, a café, and office space. Parking spaces initially rented for $150 a month. The result? The building has 237 adult residents with just twenty cars.

Unbundling parking costs from rents and home prices lets Berkeley’s car-free residents save money. In return, they spare us all from traffic congestion and pollution.

Tonight at 6 p.m., Berkeley’s City Council will consider removing minimum parking regulations and requiring unbundling for certain types of homes. They should do so. Berkeley’s McCarthy-era parking policies have been a great planning disaster. They have raised rents and worsened homelessness. They are unfair, inequitable, economically damaging, and environmentally destructive.

Cities across America are scrapping minimum parking regulations and instead focus on managing curb parking and unbundling parking costs. Berkeley should too.