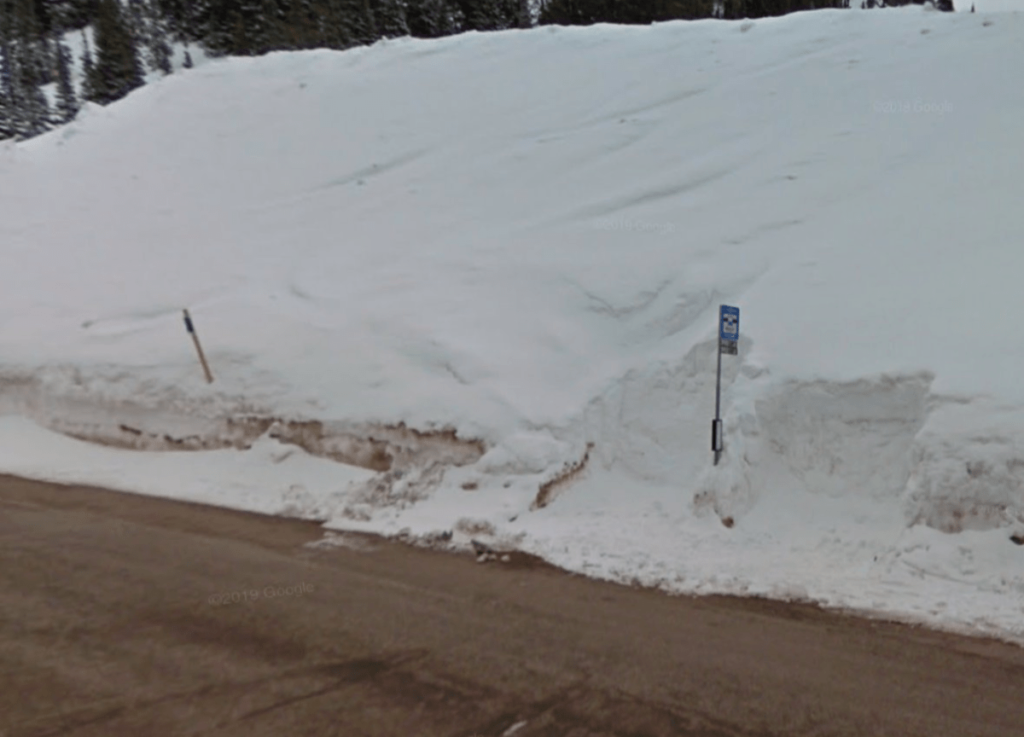 Tomorrow, we’re launching the first round or our annual contest to find the sorriest bus stop in North America — and with your help, to get all of these embarrassments fixed. But before we show you the worst of the worst, we just had to give you a glimpse of the many (many, many) terrible stops that didn’t quite make the final Sweet 16.

Since we opened our call for submissions a week ago, we received well over a hundred bad bus stops from across North America (and may have inspired a sister contest in Australia; keep us posted, mates!) Some missed the Sweet 16 by a tiny strip of sidewalk; some were pretty heinous all around, but were saved from eternal disgrace by a ramshackle bench. And some definitely deserved the title, but another reader nominated an even sorrier stop the next town over — and since bad bus stops are a national epidemic, and we wanted to make sure our spread wasn’t too concentrated in any one state.

But one thing’s for sure: the bus riders of America deserve better. Here are just a few of the dishonorable mentions and their agencies (if known) for those readers who want to gently rib the culprits (though one caveat: adequately funding our transit providers is the first step in actually fixing the problem).

Let’s go to the photos!

This grim specimen from the Astoria neighborhood of Queens, NY, courtesy of @RamondLin, is ghastly no matter how you look at it, from the ultra-skinny sidewalk next to a high-speed frontage road to the, uh, less-than-cheery surrounding scenery. It avoided the Sweet 16 for the nearby pedestrian bridge (though it won’t help you if you use a wheelchair…and some would argue that kind of infrastructure is really for drivers anyway), and because believe it or not, this was not the only boneyard-adjacent bus stop that was nominated. But New York City’s DOT and the state’s Metropolitan Transportation Authority deserve some Twitter shaming for it — as does our entire transportation culture, which structurally deprives agencies of the resources they need to get stops like these fixed.

We decided to focus on bus stops that have been sorry for a while, but Eureka, Calif. deserves a gentle nudge for this example of a far too-common phenomenon in cities: the bus stop that gets temporarily taken out of commission for improvement and just kind of…stays unimproved.

“It’s been like this for several days, if not weeks, and the cement was dry today,” said submitter Althea, who relies on this stop. “Where am I supposed to stand to catch the bus? In the street? On the opposite corner?”

Those are good questions for @humboldttransit — and for any agency that doesn’t bother to provide a safe, alternative waiting area when they’re re-doing the sidewalk in front of a stop.

This Alpena, Mich. stunner isn’t all that great in the spring, either — but in the winter, it’s all but impassable. Submitter @EngineerDustin pointed out that the @tbaytransit-operated stop is located next to a turn lane on 55 mph road with no lighting, no seating, and not much else to inspire anyone to take the bus.

At least they shoveled the sidewalk?

This beaut from Paramus, N.J. was far from the only harrowing-bus-stop-next-to-a-highway-exit that Streetsblog readers sent us, but it did at least have its very own shelter. A bench, though, seemed to have been a bridge too far for  New Jersey Transit’s bus division — and the quarter-mile walk to the nearest crosswalk would probably be too far for even the most intrepid transit rider.

Staten Island, N.Y. got a lot of well-deserved shout-outs in this contest, but this stop had the dubious distinction of being singled out by not one, but two different New Yorkers. One of them, @Union_Tpke, thought it deserved the title for its utter lack of sidewalks and the fact that “you literally have to stand in the dirt on the side of the road” — but pointed out that on the bright side, “at least it has a trash can.” (If you’re lodging complaints, this one definitely goes to @nyc_dot.)

If that’s the best you’ve got going for you, your bus stop probably needs some work.

This Garden City, Idaho, blasphemy has a concrete pad, which means it has a little more going for it than a lot of our contenders. But as nominator and friend of Streetsblog Don Kostelec reminded us, sometimes the worst thing about a sorry bus stop is the journey, not the destination:

Getting to the stop forces people to walk in a ditch on along a precarious shoulder of Chinden Boulevard, which has 39,000 vehicles per day. A person in a wheelchair would have to compete for space with motor vehicles in the west bound travel lane. To make access issues worse, across the street is the only grocery store on the south side of the river in Garden City. The 8X route that serves this stop provides vital access to jobs at both the Boise Towne Square Mall area and downtown Boise.

Kostolec also points out that Garden City’s pedestrian fatality rate is three times the county average. With sorry facilities like this, it’s no wonder why.

You might miss this wack Philadelphia, Pa. waiting area unless you squint, and that’s part of the problem. According to nominator @blameau, “there’s, like, 12 inches between four busy lanes of 35-mph traffic [on one side] and an overgrown ravine [on the other].”

Because nothing screams, “We love our bus riders!” like making them choose between plummeting to their death and getting mowed down by a driver, @septa! (Philly has a different, even worse contender in the Sweet 16, but we thought this one deserved a mention, too.)

At the risk of destroying our Twitter mentions forever…we’re not even going to mention the billboard.

But here’s one thing we can all agree is pretty painful: when riders waiting for a heavily trafficked bus route in a major American city just a mile from a train station get nothing more than tiny a concrete pad to stand on. (And if you use an assistive device or wheelchair? Too bad.)

Thanks to reader Austin for nominating this Chicago catastrophe, and no thanks to @CTA, which we know can do better.

A shelter and a bench were grounds to disqualify this Pittsburgh stop from the Sweet 16, but we totally agree with submitter @walthaim that hanging a “No pedestrians” sign right next to your transit stop isn’t a good look. Memo to @PGHtransit and @PennDOTNews: the lack of a sidewalk gets the message across loud and clear.

Our final honorable mention finished outside the Sweet 16 for a good reason: because it’s going to get fixed!

Nominator Andrew Rogge is a planner for the city where this sorry stop is located – Sheridan, Colo. — but thought it was “just too good (bad?) not to nominate” for its overgrown sidewalk and the rusty rebar poking out of the concrete sign where a bench should be. (Look closely, and you’ll notice it’s got an ad for a car repair shop on it; oh, the irony.)

Rogge wrote a successful grant to get this frequently used stop fixed, and we wanted to give him a high five for going above and beyond for his city’s residents — and give this sorry bus stop a thumbs down, even though it won’t be sorry for much longer.

Tune in tomorrow for the first Sweet 16 match-up (and ballot!), and email kea@streetsblog.org if you’d like the specific location of any of the dishonorable mentions above.