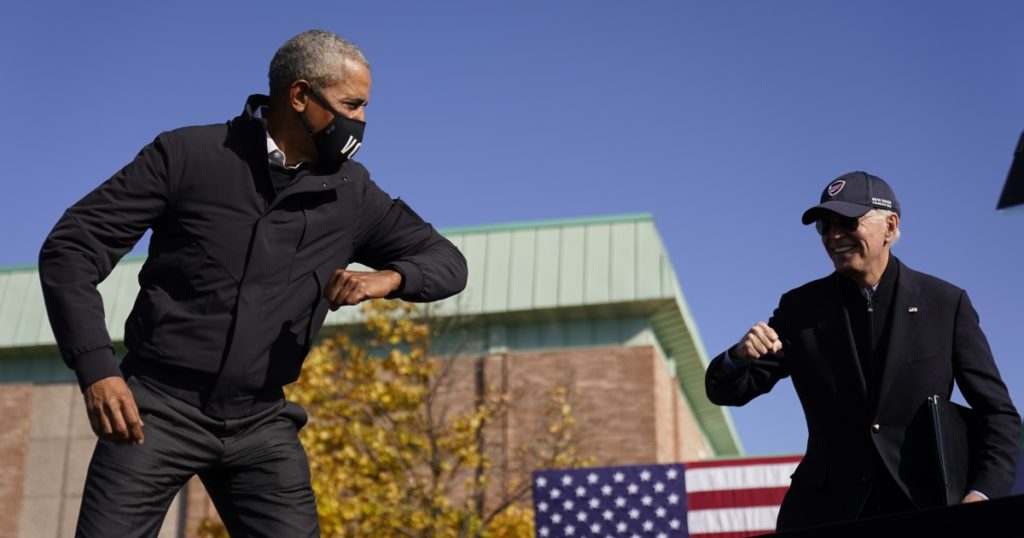 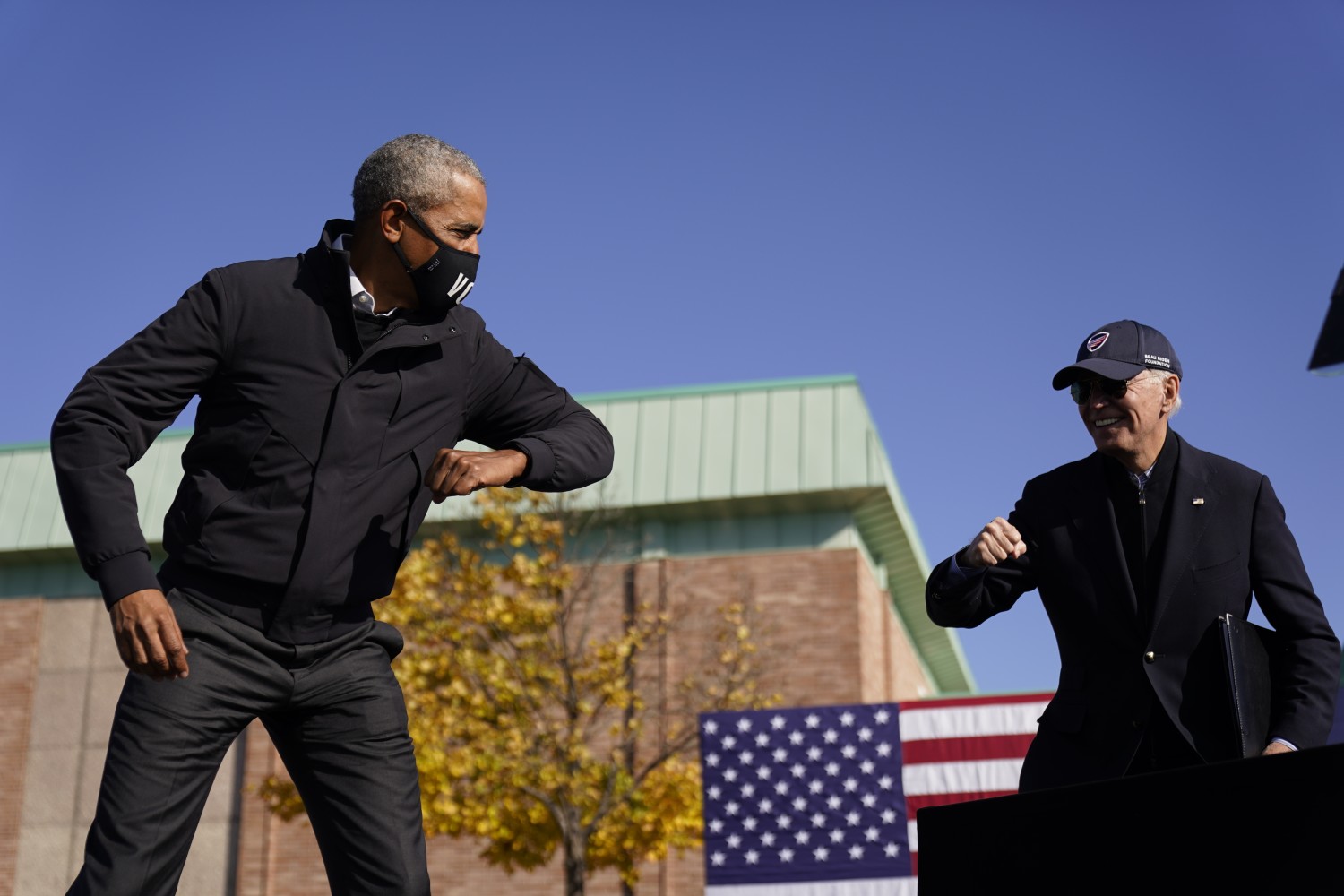 Former President Barack Obama has some advice for Joe Biden.

Second, don’t expect voters to notice if you do anything right. When a policy succeeds, shout it from the rooftops.

And third, don’t expect any help from the purportedly liberal media; they’re part of the problem as much as the solution.

The 44th president has disclaimed any intent to kibitz as No. 46 prepares for the White House. “He doesn’t need my advice,” Obama said this week.

But in his surprisingly confessional 768-page memoir, “A Promised Land,” and in interviews he has given to promote it, Obama has offered plenty of advice nonetheless, mostly by detailing his own mistakes.

Start with bipartisanship, the lofty theme that arguably made Obama president in the first place. Thanks to the bitter polarization of the two political parties, he writes, it turned out not to be possible in 2009.

“There was a pervasive nostalgia in Washington, both before I was elected and during my presidency, for a bygone era of bipartisan cooperation,” he writes. But Republican leaders “didn’t want compromise and consensus. They wanted war.”

In one passage that Biden should read carefully, Obama writes frankly about how his desire for bipartisanship slowed down passage of his healthcare bill in 2010.

“I think that there is a way to reach out and not be a sap,” Obama told NPR this week. “If [Senate Republican leader] Mitch McConnell or others are refusing to cooperate, at some point you’ve got to take it to the court of public opinion.”

“The challenge that I discovered … is that an obstructionist strategy oftentimes is not punished by voters in the polls,” he warned.

Another of his rookie mistakes, he writes, was expecting voters to notice his successes.

In 2009, Obama enacted a middle-class tax cut — but instead of sending taxpayers a nice fat check, he took his economists’ advice and merely reduced tax withholding, making the tax cut almost invisible.

“Surveys showed that the majority of Americans believed that I’d raised rather than lowered their taxes,” he complains in his memoir.

“FDR never would have made such mistakes, I thought,” he writes. “FDR understood that to be effective … you had to sell your program, reward supporters, punch back against opponents, and amplify the facts that helped your cause.”

“One piece of advice that I would give Joe [is that] you have to constantly market and explain what you are doing,” he told NPR. “We figured that out, but a little bit later than we probably should have.”

And another tip: The media — especially social media — are a big part of the problem.

“You have a situation in which large swaths of the country genuinely believe that the Democratic Party is a front for a pedophile ring,” he said in an interview with the Atlantic, referring to the conspiracy theory peddled by adherents of the internet-based QAnon movement. “I don’t hold the tech companies entirely responsible, because this predates social media. It was already there. But social media has turbocharged it.”

“The First Amendment doesn’t require private companies to provide a platform for any view that is out there,” he added. “At the end of the day, we’re going to have to find a combination of government regulations and corporate practices that address this, because it’s going to get worse.”

Biden has said he wants changes in the 1996 law that gives online platforms broad immunity from liability for user-generated content.

But the traditional media won’t give Biden an easy ride, either, Obama warns.

“What separates even the most liberal writers from their conservative counterparts,” he writes, is “the willingness to flay politicians on their own side.”

Can anyone fix all these problems with modern democracy?

Biden may be the right person to try, if for no other reason than, when it comes to temperament, he is the anti-Obama — an old-fashioned politician, not a chilly post-modern policy wonk.

“We couldn’t have been more different, at least on paper,” Obama recalls in his memoir. “If I was seen as temperamentally cool and collected … Joe was all warmth, a man without inhibitions, happy to share whatever popped into his head.”

“His lack of a filter periodically got him into trouble,” Obama adds. “His style was old school, he liked the limelight, and he wasn’t always self-aware.”

Besides, Biden knows how the Senate works — and knows all too well that Mitch McConnell is no pushover, Obama writes.

All that helpful advice from a former president? Biden knew most of it already.

After all, Biden was present during all of the Obama administration’s travails. In his 36 years in the Senate, he butted heads with McConnell more than once. He’s always been a back-slapping salesman more than an Obama-style wonk. And he has few illusions about the media. After all, they all but pronounced his presidential candidacy dead during this year’s primary campaign.

That makes Biden’s presidency an intriguing real-world experiment: Can his old-fashioned politics work better than Obama’s modern cool? From his memoir, it sounds as if the former president has already asked himself: Might Obama have been more successful if he been more like Uncle Joe?