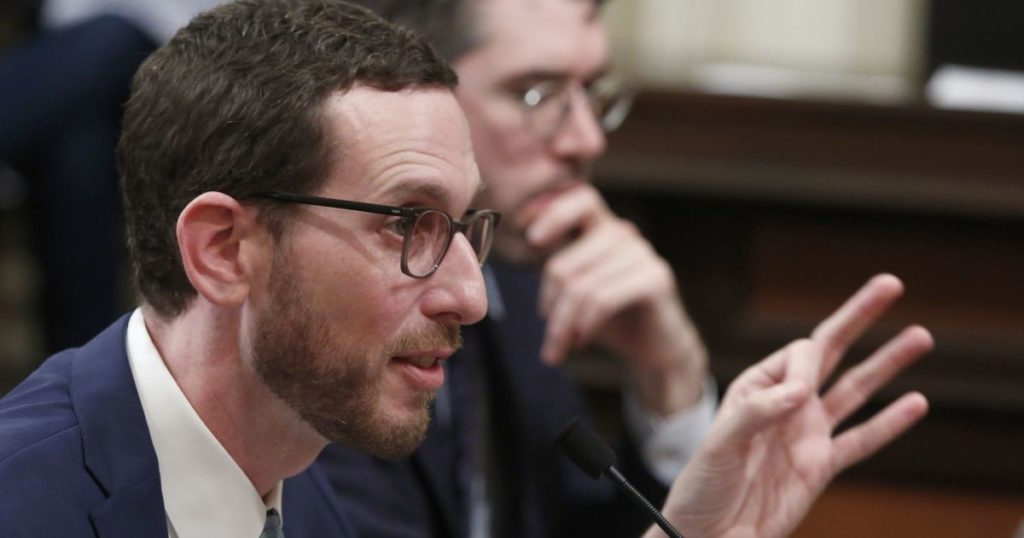 California legislators will again consider a bill to ban cosmetic surgery on small children born with atypical genitalia under a bill introduced Friday.

Senate Bill 225 by Sen. Scott Wiener (D-San Francisco) would delay procedures that are not deemed medically necessary until a child is 6 years old, a change supporters say will lead to parents making more informed decisions for a child who has variations in their physical sex characteristics, such as an enlarged clitoris or an off-center urethra.

Surgeries have been performed on infants in rare cases in which the gender of the child is unclear, resulting in female genitalia being constructed on someone who later identifies as male, or vice versa.

Children begin to have a sense of their gender identity between 3 and 5 years old, according to the Gender and Sexuality Development Clinic at Children’s Hospital of Philadelphia. Wiener said his goal is to allow children to be old enough to participate in decision-making about the procedures.

“This legislation gives children and their families more time to research and opt in or out of non-emergency surgeries to irreversibly change a child’s sex characteristics,” Wiener said. “We must provide people the ability to make important healthcare decisions for themselves — especially when healthcare decisions are associated with a person’s gender assignment, and can result in long-term pain, [Post-Traumatic Stress Disorder], depression and a loss of sexual sensation.”

The San Francisco Democrat authored a similar bill in 2019, but it stalled under pressure from the California Medical Assn., the powerful lobbying arm of doctors in the Capitol, and the Societies for Pediatric Urology, both of which argued the government should not legislate medical decisions.

A spokesman for the medical association said Friday that the group was still reviewing the newly introduced bill.

“We recognize how sensitive this issue is, and hope to be able to find some common ground with the bill sponsors,” said Anthony York, a spokesman for the association. “CMA’s policy is to ensure physicians have the necessary autonomy to perform medically necessary services. It is our hope that we can find common ground that addresses proponents’ concerns as well as those of physicians.”

Advocacy groups for intersex people — individuals born with varying differences in their reproductive or sexual anatomy — have worked across the country to postpone genital surgeries that they say do more harm than good. Those groups argue that procedures that are purely cosmetic are performed before it’s known whether the genitalia constructed matches the identity of the person later in life.

Among the supporters of the bill are Equality California and the intersex advocate group interACT. Kimberly Zieselman, executive director of interACT, said after 15 years of advocacy, they’ve begun last year to see some children’s hospitals committing to ending medically unnecessary clitoral and vaginal surgeries.