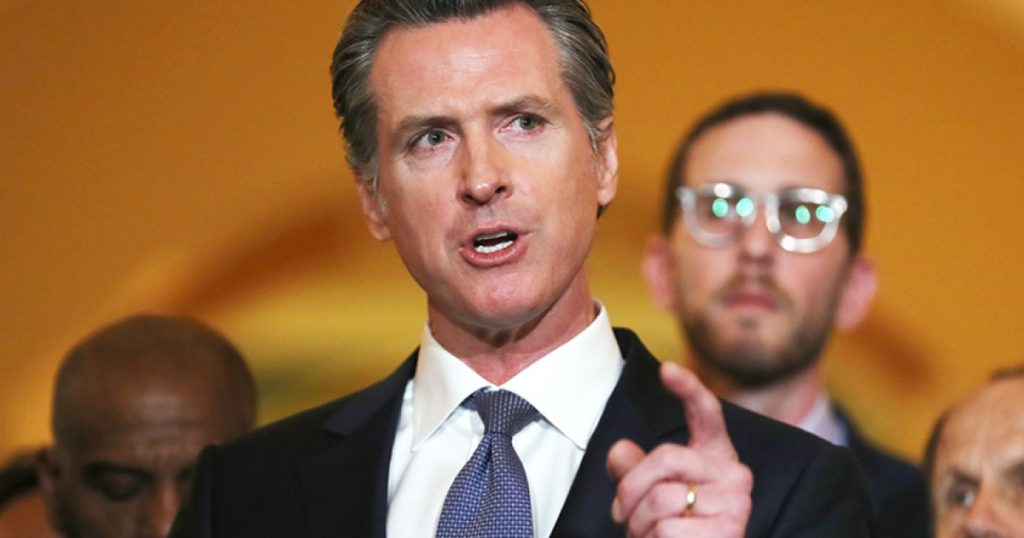 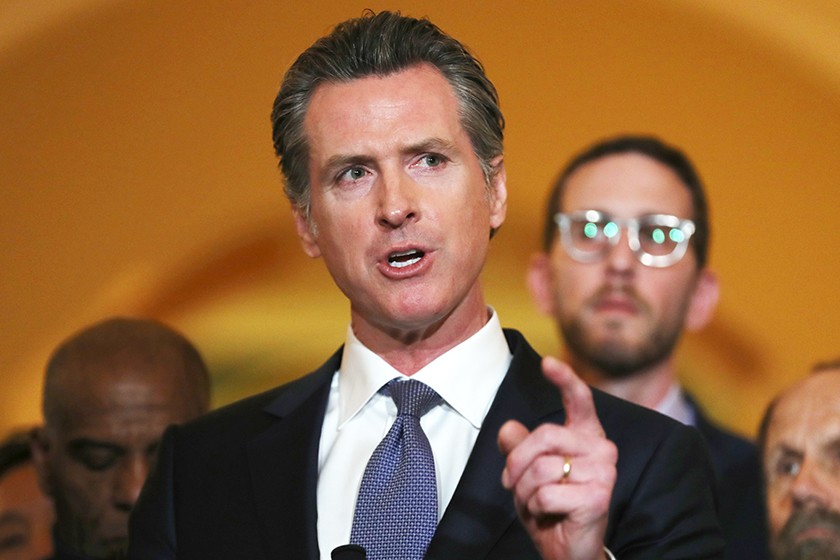 Facing criticism from recall supporters for California’s rise in gun violence and retail theft, Gov. Gavin Newsom on Wednesday called for more accountability and enforcement but insisted the state is on right path on criminal justice.

Newsom vowed to continue California’s comprehensive efforts to reduce crime, focused in part on substantially increased funding for mental health care, drug treatment and after-school programs. The governor said the state will not return to the get-tough era of a few decades ago, a time when the state was building new prisons and enacted a “three strikes” law that sent repeat offenders away for 25 years to life.

“We’ve got to hold folks to account but we’ll do it in a thoughtful and judicious way,” Newsom said at a news conference in Long Beach. “We’re not going back to the way things were in the ’80s and ’90s, at least not while I’m here.”

Hoping to hasten his departure, recall organizers and crime victims traveled across California this week to highlight Newsom’s record on criminal justice, including the early release of thousands of prisoners due to the COVID-19 pandemic and the governor’s moratorium on the death penalty.

At a news conference outside the state Capitol on Tuesday, activist Marc Klaas ripped Newsom for sparing the life of the man who killed his daughter Polly after kidnapping her from their home in Petaluma in 1993.

Anne Dunsmore, campaign manager for the pro-recall organization Rescue California, said Newsom and the state’s Democratic legislative leadership, though their progressive policies on criminal justice, have “misled the public into believing that their so-called reforms will make us safer.”

On Wednesday, Newsom met with the mayors and police chiefs from California’s largest 13 cities, including Los Angeles Mayor Eric Garcetti, to discuss crime trends in California. Newsom noted that gun violence has increased nationwide, saying no state has been spared, and that Americans have every right to expect their elected leaders to address the issue.

A major portion of the news conference focused on the rash of shoplifting, publicized nationwide by viral videos of thieves brazenly stealing merchandise from stores in San Francisco. Just last week in Glassell Park, a Rite Aid employee, 36-year-old Miguel Penaloza, was shot and killed when he confronted two people suspected of shoplifting at the store.

In May, a representative from Walgreens told the San Francisco Board of Supervisors that the company closed 17 stores in the city over the last five years in part because of financial losses from shoplifting. Earlier this month, the hours at five Target stores in San Francisco were reduced in an effort to curtail theft.

Newsom on Wednesday signed legislation to reestablish a law enforcement unit coordinated by the California Highway Patrol that is focused on combatting organized shoplifting rings in California, which police officials said are responsible for a significant portion of the thefts. The unit was created in 2018 and will continue to operate through 2026.

“It’s a challenge, I’ll be honest with you, but it’s not insurmountable,” San Francisco Police Chief Bill Scott said at the governor’s news conference.

Scott praised the continuation of the special law enforcement unit, saying he hopes it counters the message that “anything goes” in San Francisco.

But Sacramento County Dist. Atty. Anne Marie Schubert, a candidate for state attorney general, said she doubts the CHP unit will have any effect.

“The constant weakening of accountability is destroying our communities and businesses,” Schubert said in a Twitter post Wednesday. “Ask the real prosecutors. The organized retail theft law utterly fails to address the realities of what’s happening every day in California.”

Gun deaths and homicides rose sharply in California’s biggest counties in 2020, though those rates still remain far below the level of violence the state saw in the 1980s and 1990s, according to an analysis of crime data by the nonpartisan Public Policy Institute of California.

It’s one reason that crime may be a political vulnerability for Newsom in the Sept. 14 recall election. A UC Berkeley Institute of Governmental Studies poll in May found that 42% of those surveyed believed that Newsom was doing a poor job on addressing crime in the state, up from 35% in September.

For years Newsom has been at the forefront of the movement to steer California’s criminal justice system away from the tough-on-crime policies of the past and toward expanding educational opportunities and mental health care programs that reduce recidivism and assist people in staying out of prison.

Newsom supported Proposition 47, which voters approved in 2014 when he was lieutenant governor, to change certain drug and property crimes from felonies to misdemeanors. He was also one of the main advocates for Proposition 64, approved in 2016 to legalize the use of marijuana for Californians ages 21 and older.

Along with the moratorium on the death penalty, Newsom fulfilled his pledge to close two of California’s 35 state prisons as the state’s inmate population continues to decline. After former state Atty. Gen. Xavier Becerra accepted a post in the Biden administration, Newsom’s nominee to replace him was then-Assemblyman Rob Bonta, a vocal advocate for abolishing the death penalty and eliminating cash bail for many offenses. Bonta took office after being confirmed by the Democrat-led California Legislature.