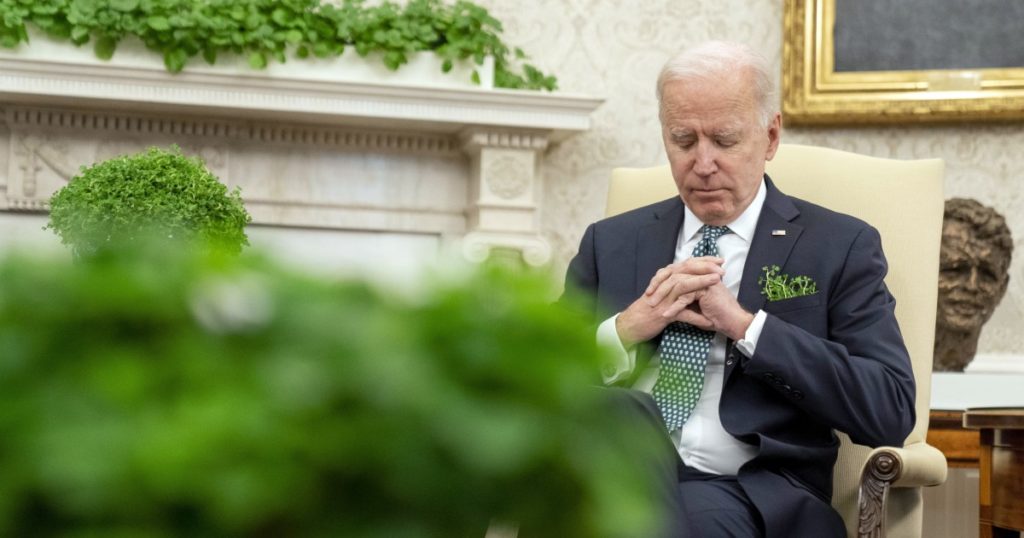 President Biden’s trip to Georgia on Friday was supposed to be a victory lap, a triumphant return to the state that helped put him in the White House and gave Democrats control of the Senate, enabling them to push through a burst of government spending to help the country dig out of the coronavirus crisis.

But now Biden’s visit has been overshadowed by this week’s killing spree at three spas in the Atlanta area, a crime that will force the president to temper his role as cheerleader with his obligations as mourner in chief.

His next moves will be watched particularly carefully by civil rights advocates and the nation’s Asian American communities. Six of the eight victims were women of Asian descent, and police have arrested a 21-year-old white man. Authorities have not characterized the shootings on Tuesday evening as a hate crime, but they come as Asian Americans face a rising tide of harassment and violence in the year since the coronavirus began spreading from China.

“We’re now in a place where we’re grieving,” said Stephanie Cho, executive director of the Atlanta chapter of Asian Americans Advancing Justice. “This is his moment to really shine and say this will not be tolerated anymore and be more strong about it, rather than just ‘thoughts and prayers.’”

The White House has rewritten Biden’s itinerary for his trip, postponing a celebration of the $1.9-trillion American Rescue Plan and setting up meetings with Asian American leaders “to discuss the ongoing attacks and threats against the community.” He’ll be traveling with Vice President Kamala Harris, and they’re also scheduled to visit the Centers for Disease Control and Prevention, which is based in Atlanta, to get an update on the pandemic.

“The events changed where the focus needed to be for this trip,” said a White House official who requested anonymity to discuss the planning process.

Biden ordered flags to be lowered to half-staff on Thursday, and White House Press Secretary Jen Psaki said he supports legislation aimed at beefing up the Justice Department’s review of hate crimes related to the coronavirus.

The president has spoken only briefly about the killings so far, telling reporters that “whatever the motivation here, I know that Asian Americans are very concerned, because as you know I’ve been speaking about the brutality against Asian Americans for the last couple of months, and I think it is very troubling.”

Anti-Asian hate crimes spiked in more than a dozen of the country’s largest cities last year, according to police data analyzed by the Center for the Study of Hate and Extremism at Cal State San Bernardino.

A national organization called Stop AAPI Hate — the acronym stands for Asian American and Pacific Islander — received reports of 3,795 incidents over the past year, with 68.1% involving verbal harassment and 11.1% including physical assaults. Among the incidents, Asian Americans reported being punched while riding the subway in Washington, being taunted with racial slurs in New York and being coughed on and blamed for the coronavirus in Dallas.

Former President Trump said little to discourage the attacks besides tweeting one year ago that “it is very important that we totally protect our Asian American community in the United States.”

He also used racist language to describe the coronavirus, calling it the “kung flu” or the “China virus,” even after being warned that his rhetoric was incendiary.

“It was all too familiar,” Rep. Doris Matsui (D-Sacramento), a Japanese American politician who was born in an incarceration camp near the end of World War II, said Thursday during a congressional hearing on discrimination and violence against Asian Americans. “Comments like these only build upon the legacy of racism, anti-Asian sentiment and insensitivity that seeks to divide our nation.”

Police said Wednesday that the alleged killer admitted to the crimes and blamed them on his “sexual addiction,” claiming that the spas were a temptation that he wanted to eliminate. The characterization sparked outrage because they downplayed the racial aspect of the shootings and ignored how Asian women have been fetishized, particularly because no evidence has emerged to suggest the victims were sex workers.

“The fact that people believe what he said shows how invisible Asians are,” said Mae Ngai, a history professor at Columbia University.

The shootings occurred at a time when Asian Americans are playing an increasingly important role in Georgia politics, making up a larger share of the voting population and filling more seats in the state Legislature. Voter turnout among the state’s Asian Americans doubled from 2016 to 2020, helping to clinch the state for Biden.

Two months after Biden’s win, the state replaced its two Republican senators with two Democrats — Jon Ossoff and Raphael Warnock — in a pair of runoff elections. The twin victories gave Democrats control of the Senate and smoothed the way for Biden’s push for massive spending on COVID-19 relief. Not a single Republican voted for the legislation.

Georgia’s political importance made Biden’s trip — which was announced a week ago, before the killings — a key stop on his administration’s cross-country tour as he promotes the American Rescue Plan.

Maintaining support for the legislation, which has already proved popular in public polls, is one way Biden hopes to ward off potential Democratic losses in next year’s midterm elections, and his party is eager to cement Georgia’s shift from Republican stronghold to swing state.

But Biden also campaigned for office as someone with the empathy that Trump lacked, and the change in his plans for Friday’s trip was meant to reflect that.

“This is really a time for him to be exactly the opposite of Trump,” Cho said.