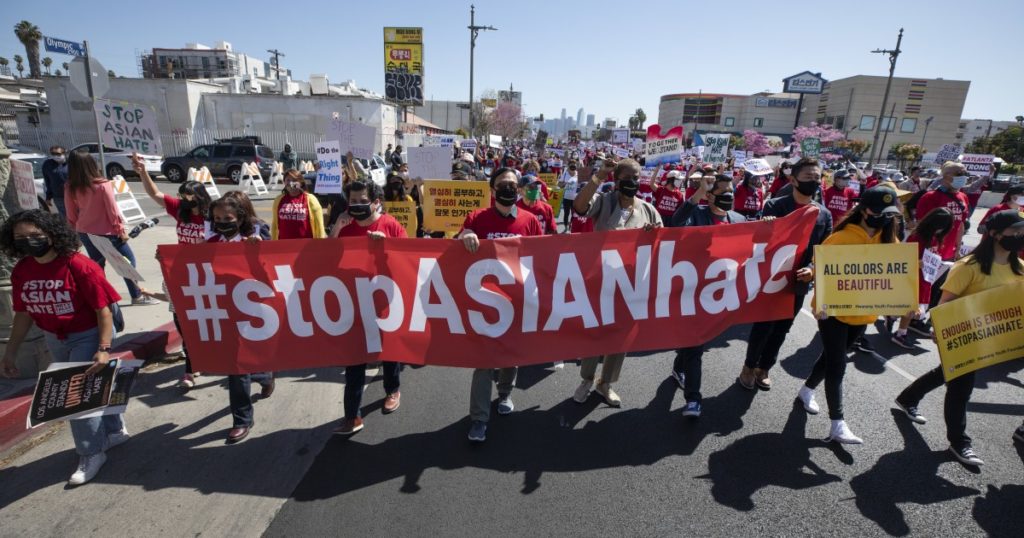 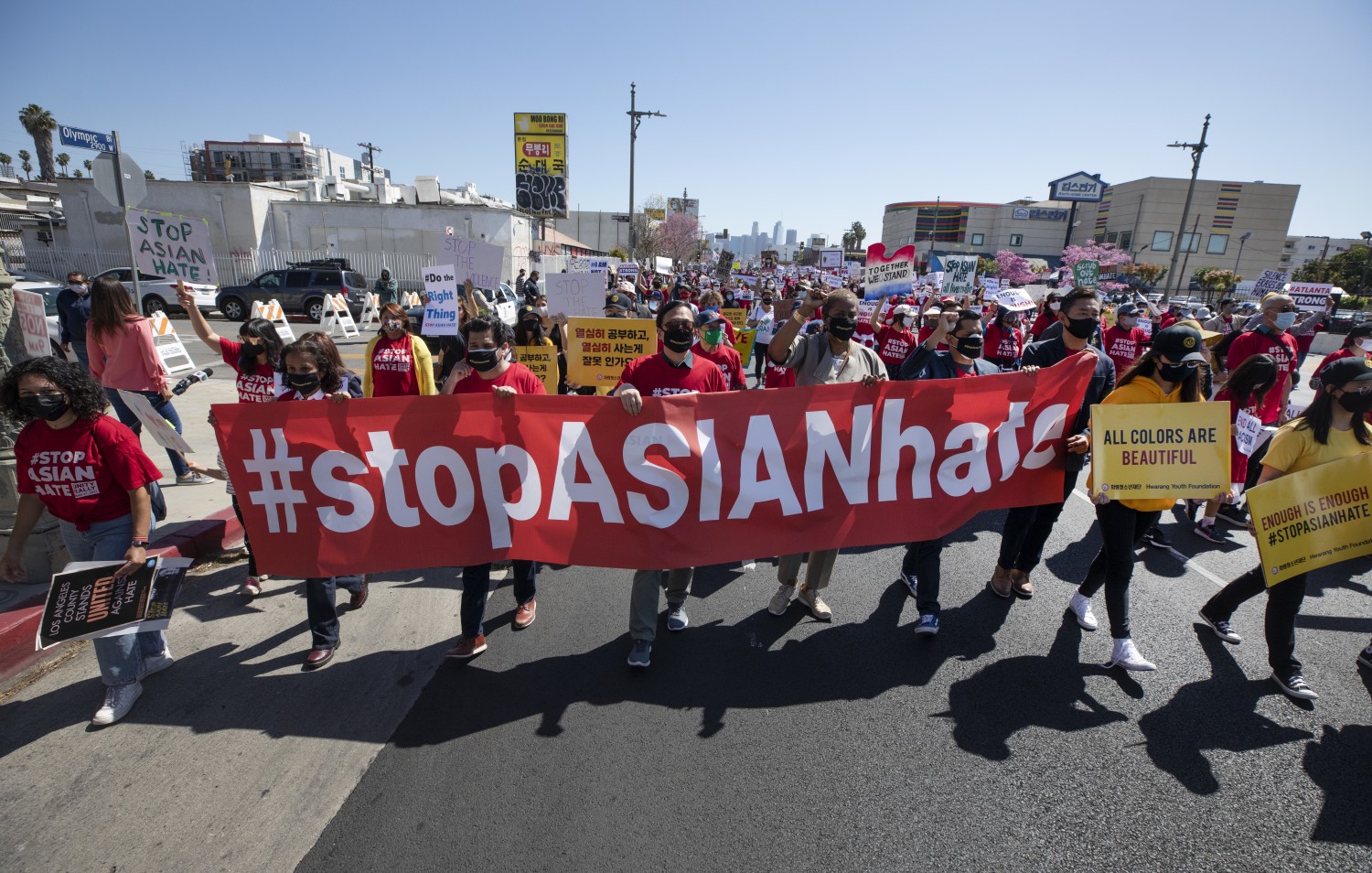 It wasn’t until after the Atlanta shooting last month that members of Hyun Jung Grant’s family understood she worked in a massage parlor, rather than a cosmetic shop, as the South Korean immigrant had told her children.

The predominant image in America of immigrants from Korea, China, India and other Asian countries is one of highly skilled, driven workers, often dominating technical, medical and other demanding fields, and their children, who seem to fill the top ranks of prestigious U.S. schools.

But Grant and five other Korean and Chinese women killed in the attack revealed a less recognized and growing segment of the Asian American immigration story — one that has been particularly hard hit by the pandemic.

This second stream of Asian immigrants began arriving in the U.S. in more recent decades and has remained largely disconnected from the first stream. Unlike the stereotypes of Asian Americans, many of these immigrants have little education, lack valuable job and English skills, and have remained heavily concentrated in low-income work shunned by others.

Among all ethnic and racial groups in the United States, including Black and Latino Americans, it’s Asians who today have the biggest income gap between the top 10% and the bottom 10%, according to a 2018 report by Pew Research Center.

More recent census data of household incomes suggest the trend is continuing, and it may even have intensified in the last year because many Asian households have members who work at restaurants, nail salons, doughnut shops and other small businesses that have been pounded by the pandemic.

Los Angeles’ Chinatown, for example, “was hit earlier, even before the lockdowns. It lost much more business and has recovered much more slowly,” said Paul Ong, a UCLA economist and urban planning scholar who researches Asian American issues.

He said Asian American communities in San Francisco and New York have seen the same pattern.

Similarly, government surveys indicate that, compared with white people, Asians are more likely to have lost earnings and fallen behind on rents or mortgage payments since the outbreak of COVID-19.

Asian Americans have been the fastest-growing segment of the U.S. population, and while about 80% of the 23 million Asians in the U.S. were born or have roots in five countries — China, India, the Philippines, Vietnam and South Korea — there are vast differences in history, culture, language, class background between and within the various Asian groups.

Those differences are an important factor behind the stark differences between the earlier and later streams of emigration from Asia.

Beginning as far back as the 1950s, many Asian immigrants arriving in the United States were predominantly well educated and from relatively prosperous and successful families.

Since roughly the 1980s, many more Asian immigrants came from poorer backgrounds, with less education and fewer competitive job skills. Like many in the 19th century waves of emigration from Europe and elsewhere, these Asian immigrants were driven by poverty and social and political unrest in their homelands.

For them, coming to America represented a far riskier roll of the dice than it had for those who came before.

Both groups of Asian Americans have recently been targets of surging hate incidents across the country, including verbal abuse and physical harassment and violence. Asians near the bottom of the socioeconomic ladder have been most vulnerable.

Some analysts say the myth of the Asian model minority may be playing an important role in the attacks and abuse.

Success can fuel resentment, especially during economic hard times or amid the stresses of a pandemic.

Many foreign-born Asians in the U.S. struggle with language and culture barriers that, when coupled with their need to survive economically, can make them particularly vulnerable to exploitation and violence.

Back in the 1970s, Asians were one of the most economically equal groups in terms of income distribution, but as the standard of living for rose sharply for those at the top, they overtook Black Americans to become the most unequal as a group.

Pew’s study found that in 2016, Asians at the 90th percentile had an income of $133,529, more than 10 times those at the 10th percentile. Census data through 2019 suggest little change in the trend, said Pew’s senior researcher, Rakesh Kochhar, who authored the original report.

The earnings gap reflects wide differences in education among Asian adults 25 and older: A full 25% have graduate or professional degrees, compared with 14% for white Americans.

But Asians also are three times more likely than white people to have less than a ninth grade education, according to census data compiled by Brookings Institution demographer William Frey.

Among Thais, for instance, she said the first couple of waves of immigration that began in the 1950s consisted of people with advanced degrees who sought additional training in the U.S., as well as students and other more well-to-do individuals.

But in the decades after the Immigration and Naturalization Act of 1965 established a new policy based largely on reuniting families, as Thailand began to industrialize, many more from poor rural parts of the country arrived in California and other areas of the U.S.

Martorell, who came from Thailand in 1972 and earned a master’s degree in urban planning, founded the Thai center in 1994, shortly after the Northridge earthquake dislocated Thai families living in the San Fernando Valley.

“The model minority myth really hurts the [Asian Pacific Islander] community, especially folks who are struggling and in poverty and need resources,” she said.

“Policymakers don’t understand that there needs to be resources and funding to come to the aid of the API community because the API community is not monolithic. It’s very diverse. You’ve got huge pockets of poverty.”

The Pew study noted that poverty rates were as high as 35% among Burmese, 33% among Bhutanese, and 28% among Hmong and Malaysians, about double or more than for the U.S. as a whole.

A culture of shame has also complicated life for many members of Asian communities who are struggling in the U.S., said Miliann Kang, a professor in women, gender and sexuality studies at the University of Massachusetts-Amherst who has researched the experience of Korean Americans who predominate the nail salon industry in New York.

She has found that many of these women are “the pillars of the family in providing economic support, but oftentimes it’s invisible.”

Though there’s less stigma today with the proliferation of nail salons, she said, still many families don’t want to make public that they’re doing such service work. In some cases, these workers are shunned by the very people who may have sponsored them to immigrate to the U.S., she said.

In Atlanta, Grant’s family has been reluctant to discuss her, and official records are scant, but a picture of her life emerges from interviews with relatives and others in the Korean community.

Grant and her fellow massage employees worked in a shadier part of town, far from the bustling Korean American business district.

The massage parlors operate on “the fringe” of Korean American society, said one professional who works closely with Asian immigrants in the city. “In terms of other Koreans knowing about them, they’re under the belly of our community.”