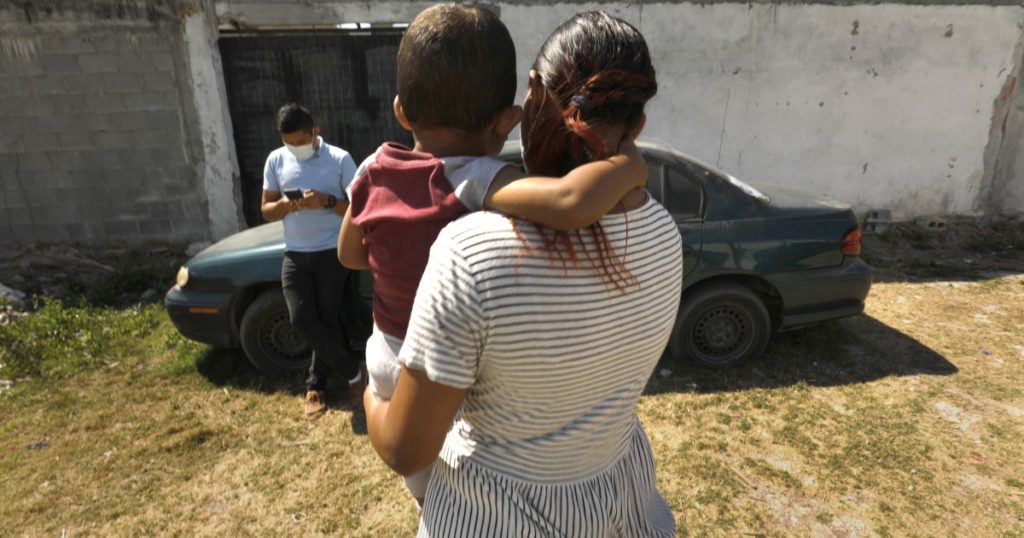 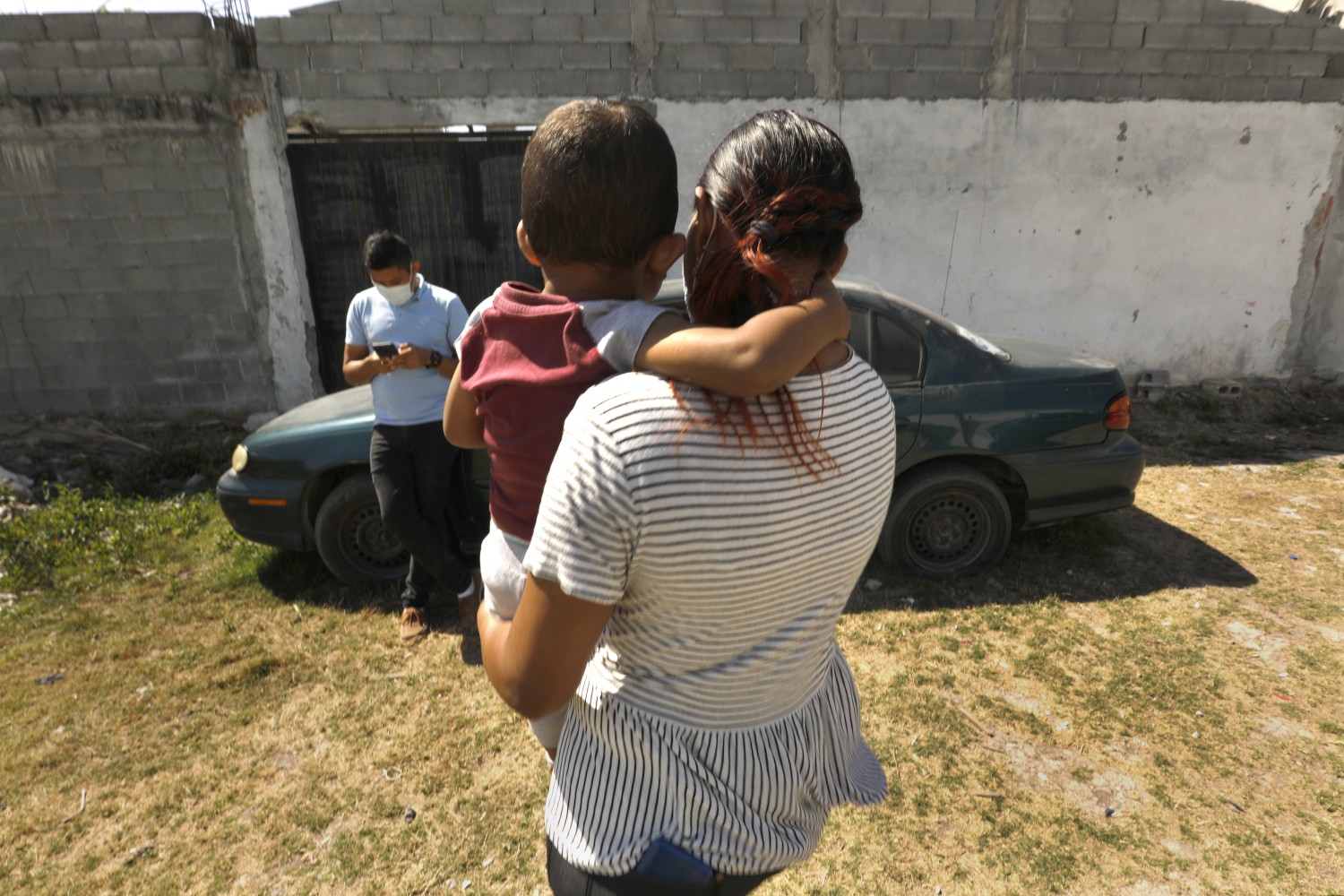 Asylum seekers under the Trump-era Remain in Mexico policy who had their cases in the U.S. closed — many for reasons beyond their control, including kidnappings and court rulings against the government — will now be able to come into the country to pursue asylum claims, the Biden administration said Tuesday.

The administration on Wednesday will begin to allow the first of thousands with closed cases to pursue their asylum claims within the United States, the Department of Homeland Security announced Tuesday. More than 30,000 migrants could potentially be eligible, according to government data.

“As part of our continued effort to restore safe, orderly, and humane processing at the Southwest Border, DHS will expand the pool” of asylum seekers eligible for processing, the department said in a statement, including those “who had their cases terminated or were ordered removed in absentia.”

Facing a policy riddled with administrative errors and questions of illegality, immigration judges across the United States ruled against the Trump administration, closing thousands of cases the government had brought against asylum seekers sent to Mexico to await U.S. hearings.

But when President Biden took office and began winding down the policy that he sharply criticized, his administration only allowed asylum seekers under Remain in Mexico whose immigration cases remained open to enter the United States.

Since February, the Biden administration has permitted entry to some 12,000 asylum seekers with pending Remain in Mexico cases, according to the United Nations refugee agency, the primary organization processing them. At the same time, Biden officials have urged patience from those whose cases were closed, promising a second phase.

Advocates and experts welcomed the move to begin admitting those asylum seekers, but criticized the administration’s slowness on restoring access.

“A delay of that kind would have to be driven by political considerations, not legal or purely administrative ones,” said Austin Kocher, an assistant professor at Syracuse University. “It flags a larger question: Is the Biden administration serious about following its national and international obligations to asylum law?”

For many asylum seekers, it is too late. From January 2019, when the Trump administration first implemented the policy in Southern California, to when President Biden froze the program on his first day, roughly 70,000 migrants were sent by U.S. officials to wait in some of the world’s most dangerous cities just south of the border.

More than 1,500 of them suffered rape, kidnapping and assault, according to Human Rights First. And those numbers have continued to rise since Biden took office, through a combination of policies that have left tens of thousands stuck on the southern side of the border.

An untold number missed their hearings while abducted, several were killed, and hundreds more made the wrenching decision to send their children across the border alone, believing they’d have a better chance of being allowed to stay under U.S. policies to protect unaccompanied minors. Thousands are estimated to have given up.

“Why it’s taken so long is obviously of concern, because those people who are still in Mexico are still suffering and in dangerous situations,” said Judy Rabinovitz of the ACLU, which sued Trump over the policy.

Biden officials have acknowledged this grim toll, even as they continue to send asylum seekers — some with Remain in Mexico cases — to Mexico again, invoking a Trump-era coronavirus policy. Citing Title 42, an obscure 1944 public health law, border officials have summarily expelled more than 850,000 migrants, including asylum seekers, this time without a court date or due process.

“Having Title 42 still in place at the same time that the administration is claiming to try and fix cases in Remain in Mexico presents the administration with a fundamental contradiction between what they claim to be doing and the way that border control is actually working on the ground,” said Kocher.

Biden froze Remain in Mexico on his first day in office, though it had already largely been supplanted by Trump’s coronavirus expulsions policy. But the Biden administration did not formally end Remain in Mexico until June 1.

In the memo ending the policy, Homeland Security Secretary Alejandro Mayorkas said it had further strained department resources, and added to a record backlog in immigration court proceedings.

More than 25% of those subjected to the policy were apprehended by border officials when they attempted to enter again, Mayorkas said, and roughly 44% of cases were completed by judges’ orders to remove asylum seekers who missed their hearings.

That raised questions about whether the program provided them “adequate opportunity” to appear, he said, “and whether conditions faced by some MPP enrollees in Mexico, including the lack of stable access to housing, income, and safety, resulted in the abandonment of potentially meritorious protection claims.”

Still, the current chaos at the border — with thousands of migrants remaining stuck in northern Mexico and monthly border-crossing numbers still among their highest levels in years — stems in part from confusion over the administration’s continued pledges to undo Trump’s policies, while its promised asylum overhaul had yet to materialize.

Advocates argue that migrants subjected to Remain in Mexico who received final decisions from immigration judges denying their asylum claims also deserve to be given another opportunity to seek asylum in accordance with U.S. law.

On Tuesday, the Homeland Security department statement reiterated that others who may be eligible to enter in the future “should stay where they are currently located and register online” through a system administered by the United Nations.

Trump officials explicitly stated that the goal of the policy was to make it as difficult as possible to seek asylum and deter others.

“This is what they wanted, and this is what they got: People couldn’t get asylum,” Rabinovitz said of the Trump administration. Now with Biden in the White House, she continued, “We’re saying no — in order to unwind it, you need to give people a new opportunity to apply for asylum, free of that taint.”