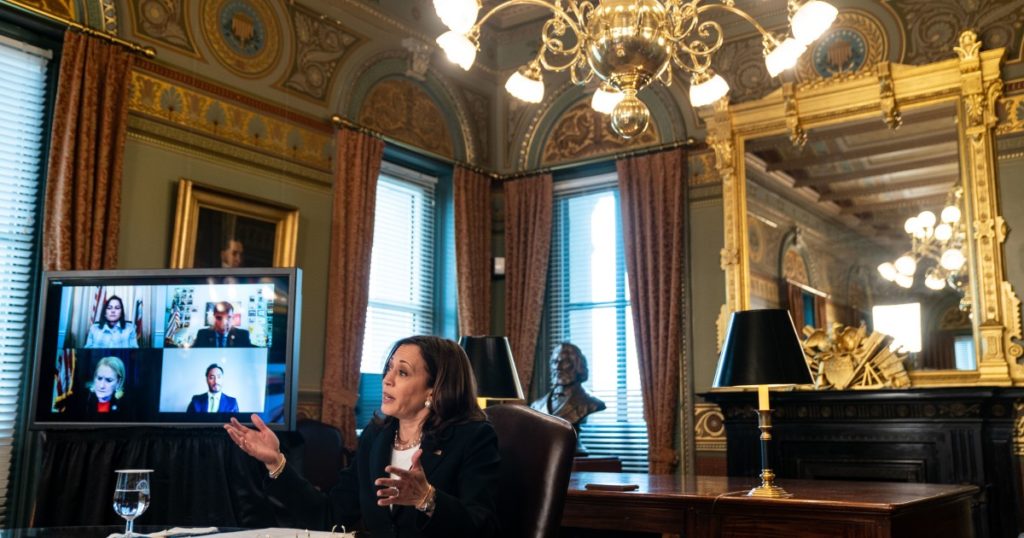 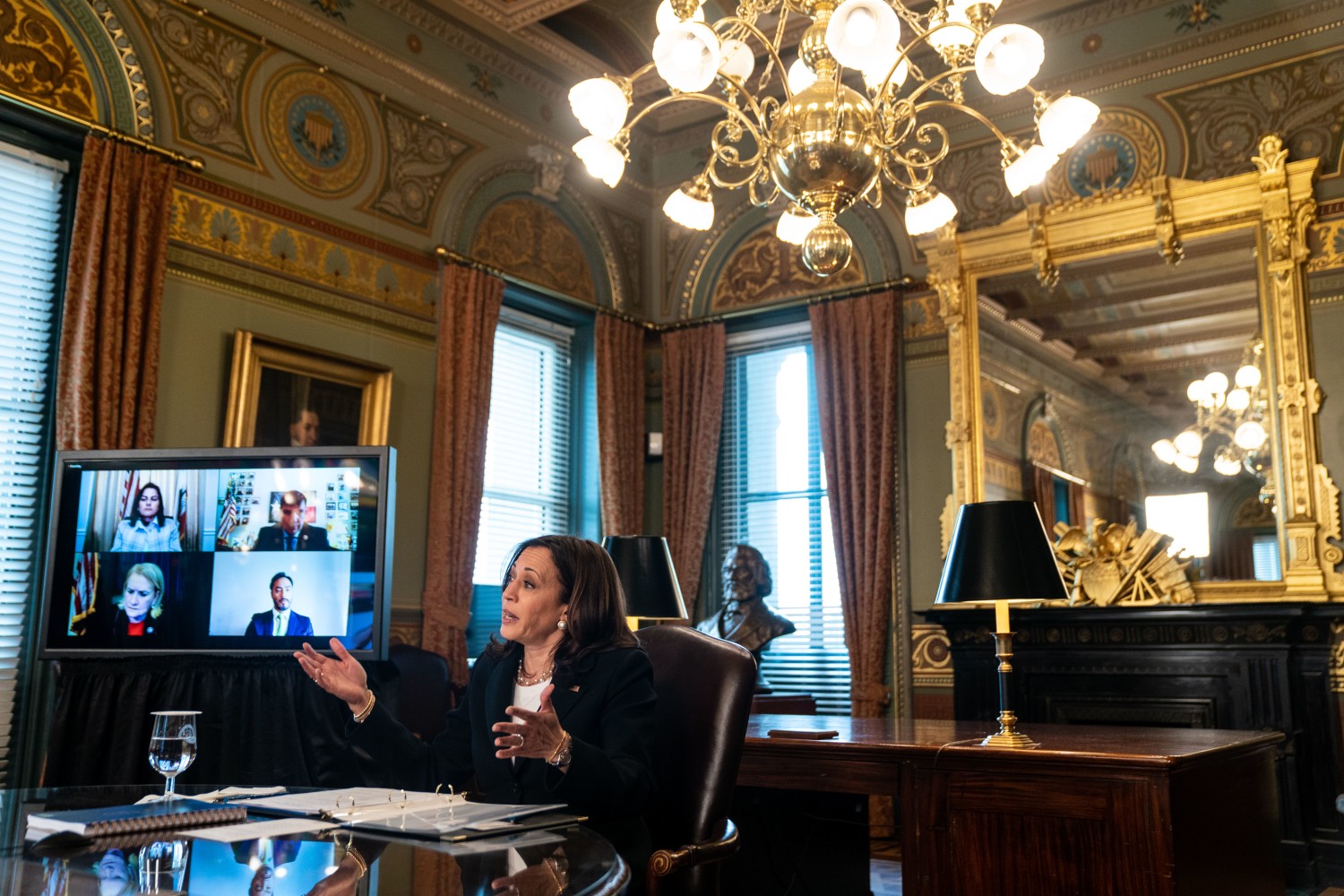 Americans of Asian and Pacific Island heritage voted in unprecedented numbers to help Vice President Kamala Harris become the first Indian American in national office, and to push Democrats over the top in decisive races in Georgia and elsewhere that gave the party control of the Senate.

But even with one of their own at the pinnacle of power, many of the activists who helped turn out that vote say their diverse communities are still not getting the attention they deserve from either party, especially given the heightened fears of pandemic-driven discrimination and violence that drove many to the polls to oust former President Trump.

What they saw last fall was fairly astounding in the world of politics, an increase in Asian Americans’ turnout of 39% from 2016, more than for any other racial group, with two-thirds of their votes going to President Biden and Harris, according to estimates from Catalist, a Democratic data firm. The increase was even higher in pivotal swing states, including Georgia, where the Asian American vote jumped 84%, and Nevada, where it increased 65%, according to TargetSmart, another Democratic group.

For decades, both parties have coveted the votes and donations of the small but growing constituency of Asian Americans. Republicans early on figured they had an edge, given many Asian Americans’ entrepreneurialism and conservative values. Yet their party’s anti-immigrant stands of recent years turned off some voters, and Trump’s immigration crackdown and racist rhetoric — calling the coronavirus the “China virus” and “Kung Flu” — exacerbated the alienation. Democrats have benefited.

Nikore and other progressive Asian Americans see this as a key moment, saying that younger activists are moving to the left. While Trump, who emboldened white supremacists and painted immigrants as criminals, was the motivating force for many, there is belief among some Asian Americans that the activism will endure.

“It’s on us to force the hands of national Democrats, to make sure we’re on as equal a playing field as anyone else,” Nikore said.

Jane Hong, a historian at Occidental College who has written about politics, race and evangelism, said, “More Asian Americans are voting but many more are mobilized.”

They were quick to hold the Biden administration to account. Asian American Sens. Mazie Hirono of Hawaii and Tammy Duckworth of Illinois, both Democrats, criticized the president in March for failing to include an Asian American or Pacific Islander in his Cabinet, though Katherine Tai is the U.S. trade representative, a position considered Cabinet-level.

Such frustrations underscore a broader feeling of invisibility that many in the community describe. A poll released last week found that 42% of Americans could not name a prominent Asian American. Among those who offered a name, 11% picked Jackie Chan, who lives in Hong Kong, and 9% chose Bruce Lee, who died in 1973, according to the survey, which was commissioned by the nonprofit group Leading Asian Americans to Unite for Change.

Harris, whose mother was from India (her father is from Jamaica), was named by only 2% of respondents. She is far more identified by her Black heritage. Hong said the diverse backgrounds of many Asian Americans and Pacific Islanders underscores the difficulty in building a coalition around their group identity.

“People use that term as a descriptor,” she said. But “it’s a project in the making.”

Many Asian Americans are in West Coast states, but currently two major cities in the east, New York and Boston, have Asian Americans — Andrew Yang and Michelle Wu, respectively — vying for the lead in mayoral campaigns reflecting the increase in Asian American candidates who have run for office since Trump was elected.

Asian Americans’ issues are both the same as other Americans’ and particular to their group. The disruptions of the pandemic have elevated concerns of small business owners, including immigrants from Asia. Deadly attacks against spa workers of Asian descent in the Atlanta area and Sikhs in Indianapolis brought belated attention to the increase in discrimination and violence long faced by Asian Americans — prompting Congress to give final approval this week to a measure aimed at protecting Asians from hate crimes.

Wu, a progressive who first won an at-large seat on Boston’s city council after working for Sen. Elizabeth Warren’s 2012 Senate campaign, said she has seen a rapid change in her city. Acting Mayor Kim Janey became the first woman and the first Black person to hold the job when she was appointed to replace Marty Walsh, who became Biden’s Labor secretary. When Wu was first elected in 2013, she was one of only two women of color on the otherwise white and male 13-member council; by 2019, a majority of members were women and people of color.

Wu said she spoke in Mandarin, Spanish and English in videos announcing her candidacy for mayor, and that her campaign has distributed literature in Vietnamese, Cape Verdean Creole and Haitian Creole. Asian Americans make up about 10% of Boston’s population so she will need to build a coalition to win in a city where people of color are a majority.

She said Asian Americans and Pacific Islanders have been “a bit more fragmented” at times, but the recent attacks have pushed them “to speak out in a unified way.”

Nikore said the political parties have failed to gather useful polling information on Asian Americans and to invest in building on their 2020 turnout gains — for example, by compiling data to gauge what concerns differentiate Korean American voters, say, from those of Indian, Thai or Japanese descent. Asian Americans made up about 4% of the U.S. electorate in 2020, but the variety of languages and cultures makes such investments expensive.

Sam Oh, the lead strategist for both Steel and Kim, said reaching voters in their own languages and understanding their cultures is essential. He cited his Korean-born parents: “They came here and they were small business owners and they didn’t participate in the electoral process. They were just trying to make ends meet and that was their priority.”

Last year, when the state mandated more liberal mail-in voting in response to the pandemic, “the barrier to vote was at an all-time low for people, especially for people who weren’t accustomed to voting,” Oh said.

Steel’s campaign focused heavily on her district’s large Vietnamese American community, reaching voters in their native language through mail, phone calls, radio and television ads, digital ads, text messages and door-knocking. She spoke about her parents’ escape from North Korea, to connect with the Vietnamese Americans’ experience and opposition to communist rule.

Kim criticized Trump for his references to “Kung Flu.” Both Steel and Kim significantly outperformed Trump’s vote in their districts.

“It’s so important to have people who understand these communities — who understand their stories and how policies impact their lives — represent them in Congress,” Oh said, “whether you’re Democrat or Republican.”