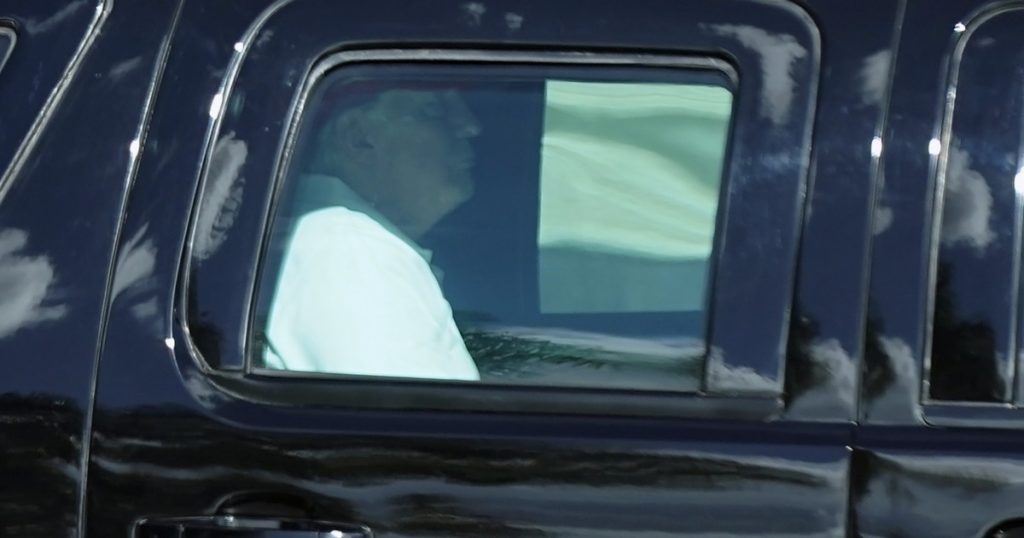 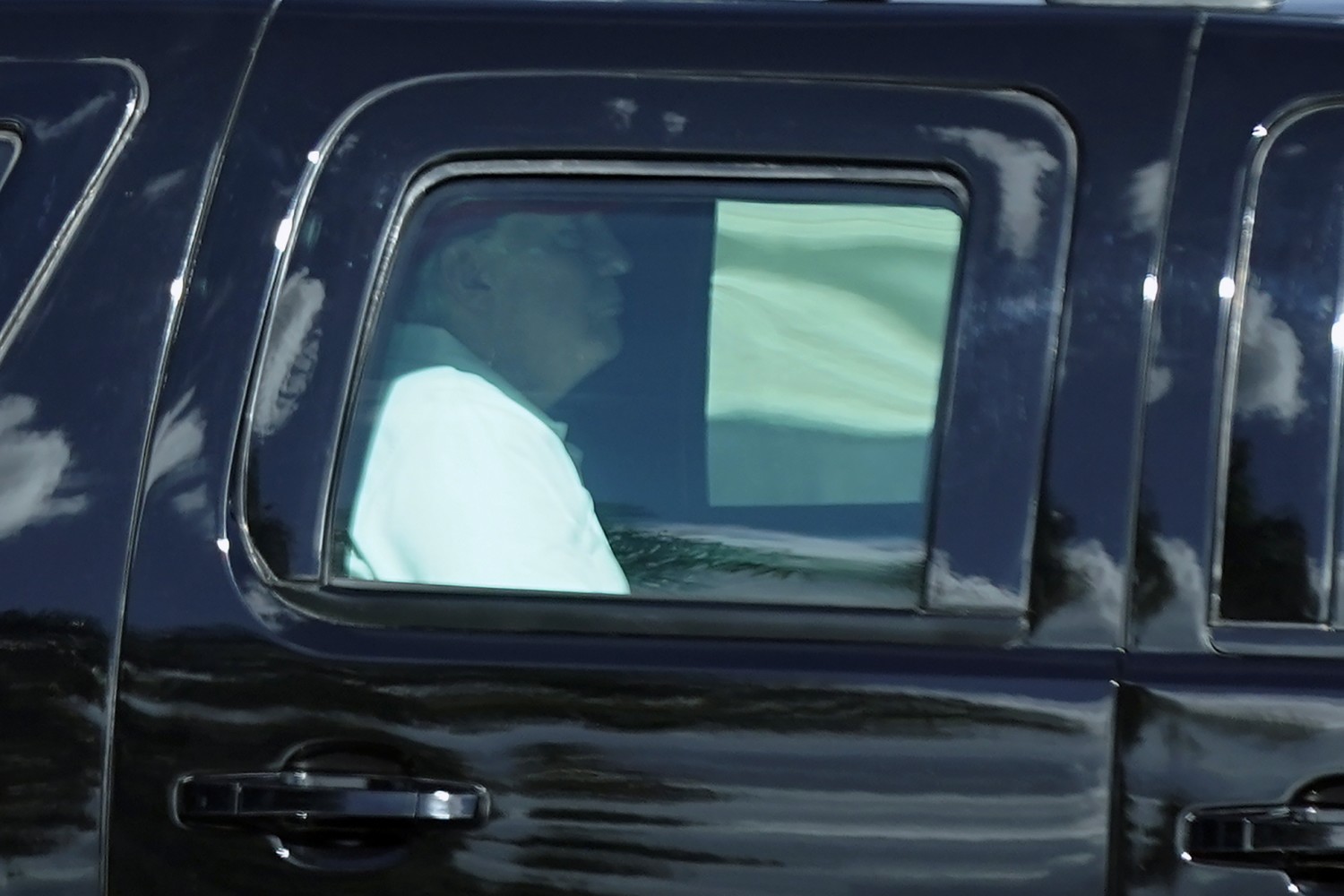 He promised to bring deal-making savvy to the nation’s capital, yet President Trump is poised to end his term with back-to-back embarrassments — caving to sign a coronavirus relief compromise he’d called “a disgrace” and facing the likelihood that Congress will override his veto of an annual military operations bill.

In a bipartisan vote on Monday evening, the House took the first step in rebuffing the president’s veto of the defense bill, which had passed overwhelmingly in both chambers this month. The override vote, which required a two-thirds margin, was 322 to 87.

“The troops, the country, indeed the world is watching to see what we will do, whether we can tune out other differences, and still come together to support the men and women of the military and American national security,” Rep. Mac Thornberry (R-Texas) said before the vote. “I would only ask, as members vote, they put the best interests of the country first. There is no other consideration that should matter.”

Only some Republican leaders and his most hardcore right-wing allies backed Trump, who’d vetoed the legislation because it would allow the removal of the names of Confederate leaders from military bases, and because it didn’t advance his unrelated goal of punishing social media companies that he views as unfair to him.

The Senate could vote as soon as Tuesday to follow suit, capping the president’s defeat and making this the first of his nine vetoes to be overridden — just over three weeks before Trump leaves office.

Shortly before the veto vote, the Democratic-led House did give Trump one thing he wanted — approval for a $2,000 payment to assist millions of Americans during the pandemic. But it’s unclear whether the GOP-controlled Senate will even consider the bill given Republican opposition there.

House Republican leaders did not urge members of their caucus to vote either way on the defense-bill veto override, in effect giving them a green light to snub a president whom the party almost never crossed in four years.

“It’s a sign that the president’s influence, while still strong in the Republican Party, is beginning to wane,” said Michael Steel, a former top aide to former Rep. John A. Boehner, the Ohio Republican who was House speaker from 2011 to 2015. Another factor, Steel added, was that Trump’s reasons for vetoing the bill, the latest of the sort Congress has passed annually for six decades, “don’t make a lick of sense.”

The $741-billion legislation, known as the National Defense Authorization Act, includes a 3% pay raise for service members, funds military equipment and base construction, and authorizes spending programs, creating jobs in nearly every congressional district across the country.

“This is a test for how many Republicans are willing to set aside their clear policy commitments in order to side with the president,” said Eric Schickler, an expert on the relationship between the White House and Congress at the UC Berkeley. “He’s putting them in this impossible position.”

Trump previously avoided override fights with Congress. Soon after taking office, he threatened to veto a measure imposing sanctions on Russia for its meddling in the 2016 presidential campaign but backed down once it passed by an overwhelming bipartisan vote. While the pending defense bill had similar support, Trump vetoed it anyway, another example of his erratic behavior as he has continued to deny that he lost reelection.

The House vote followed Trump’s retreat on Sunday night from his stunning threat before the holidays to not sign a package of measures both funding the federal government through September and providing nearly $900 billion in assistance for people and businesses struggling during the COVID-19 pandemic. Trump’s Treasury secretary had negotiated the legislation with congressional leaders on his behalf, yet he denounced the deal after it was reached and complained that it didn’t include enough money in direct payments to Americans.

He wanted $2,000 per person, rather than the $600 agreed to. He also objected to spending on a number of foreign aid programs, though his budget requests to Congress earlier this year proposed such funding.

Trump held the bill for five days, finally giving up his demands for changes and signing it less than 36 hours before much of the federal government would have been forced to shut down, However, the president’s delay resulted in a week’s gap in unemployment payments; jobless recipients will have their state benefits, and $300 extra in federal aid, extended for 10 weeks, not 11.

For an unemployed person in California, where the maximum weekly unemployment insurance payout is $450, that means up to $750 less.

Trump claimed to be sending a “redlined” version of the spending and relief package back to Congress, but lawmakers have no intention of making the changes the president seeks.

Elaine Kamarck, the founding director of the Center for Effective Public Management at the Brookings Institution, and a former Clinton administration official, called Trump’s behavior “bizarre.”

“It is totally irresponsible,” she said. “He creates a crisis, and then he steps in and signs the bill as if he’s the big savior of the crisis. Democrats and Republicans are sick of this.”

Trump has watched the chaos he has created play out from Florida, where he’s vacationing at his Mar-a-Lago estate. He hasn’t appeared in public to address the controversies, or the recent bombing in Nashville, nor have White House officials done much to explain his actions.

The president’s public schedule says that he “will continue to work tirelessly for the American People” and that “his schedule includes many meetings and calls.” Yet nearly every day he has played golf and tweeted conspiracy theories about the election that he lost.

Trump has raged against the Justice Department for failing to investigate his baseless allegations of voter fraud and complained that the Supreme Court didn’t act on his legal challenges. But lately he has been especially infuriated with Senate Republicans for not supporting his bid to stay in power — a dynamic that is believed to have contributed to his recent actions upending the legislative process.

Congress is scheduled to count the electoral votes on Jan. 6, the final step before President-elect Joe Biden is inaugurated on Jan. 20. It’s normally a ceremonial occasion, but Republican hard-liners are planning to object, potentially bogging down the process, and Trump has encouraged followers to rally in the capital.

“See you in Washington, DC, on January 6th,” he tweeted on Sunday. “Don’t miss it. Information to follow!”

On Monday, Biden charged in a televised address from Wilmington, Del., that the Trump administration has refused to cooperate with his advisors, especially in providing national security information. He cited “roadblocks from the political leadership” of the Department of Defense and the Office of Management and Budget.

“It’s nothing short, in my view, of irresponsibility,” Biden said.

The president’s fixation on overturning the election result reflects how consumed he has become by his grievances at the end of his term.

He has frequently complained about social media companies such as Twitter labeling his tweets as disinformation, and he has accused technology giants of being biased against conservatives. His frustration boiled over into the debate over the defense bill, though the two issues are unrelated. Trump demanded that lawmakers include his proposal to repeal Section 230, a federal provision that limits website owners’ legal liability for content posted by users.

Fulfilling the president’s request probably wouldn’t have the impact he wants. Without legal protection, Twitter and other companies could be more likely to remove the kind of false or incendiary content that Trump routinely posts. That didn’t stop the president from attempting to hold up Pentagon funding until he got his way.

“I will not stand by and watch this travesty of a bill happen without reigning in Big Tech,” he tweeted on Dec. 26. “End Section 230 now, before it is too late. So bad for our Country. Show courage, and do what’s right!!!”

How to Build a Cheap Homemade Speed Camera – StreetsblogMASS