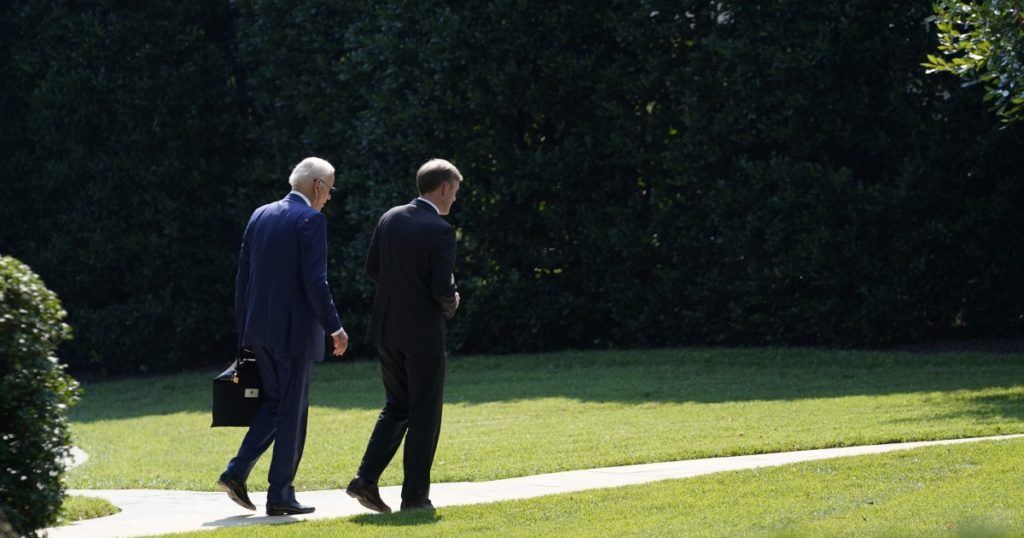 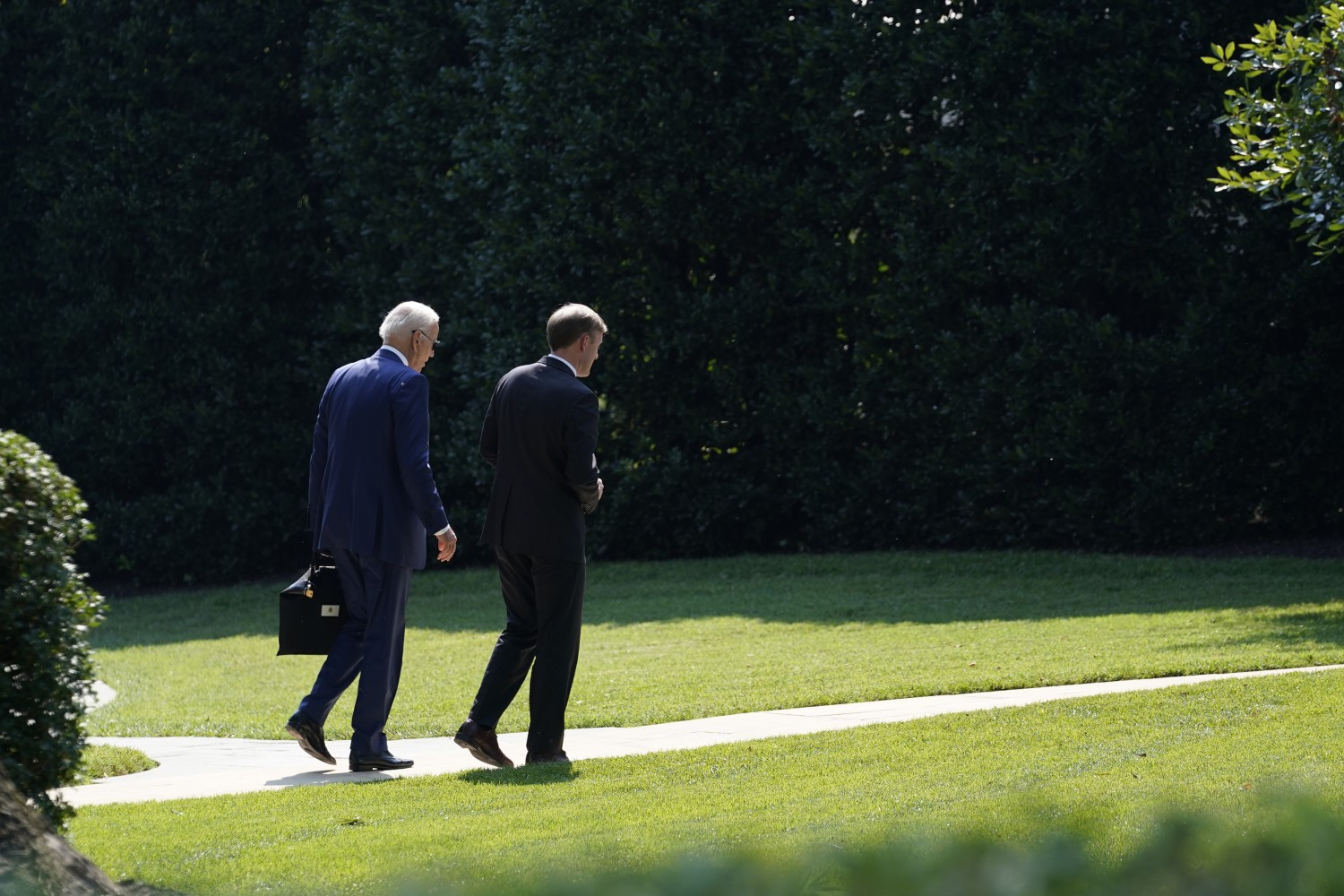 A little more than two months ago, a beaming President Biden stepped into the Rose Garden to announce that vaccinated Americans no longer needed to wear masks indoors. So much progress had been made against the coronavirus, now they could go back to “greeting others with a smile.”

But anyone smiling inside the White House on Wednesday was supposed to do it once again from behind a mask.

The requirement was back after the Centers for Disease Control and Prevention said new research showed even vaccinated people could transmit, in rare cases, the more contagious Delta variant.

Reporters and photographers wore masks. Members of the press office wore masks. Biden did not for his short walk from the Oval Office to Marine One for a trip to Pennsylvania — the requirement doesn’t apply to outdoors.

Unlike when Donald Trump was president, and his administration disregarded public health guidelines, this White House has been a barometer for how federal officials say Americans should protect themselves from the coronavirus.

Now it’s a high profile showcase for the country’s faltering attempt to end the pandemic as the Delta variant tears through unvaccinated communities, and infections rise. Millions of Americans’ reluctance or refusal to get their vaccines has left large swaths of the country vulnerable to the virus, a situation that has led Biden to once again recommend masking to slow the spread.

Biden described the masking guidelines Tuesday as “another step on our journey to defeating this virus.”

If it’s a journey, it’s a frustrating one that requires backtracking at times. Administration officials acknowledged that the guidelines were unwelcome news, particularly for people who have gotten their shots and watched hospitals fill up again because others will not.

Biden made his personal adherence to public health recommendations a cornerstone of last year’s campaign to defeat Trump, and he publicly embraced the guidelines.

“I hope all Americans who live in the areas covered by the CDC guidance will follow it,” Biden said. “I certainly will when I travel to these areas.”

Shortly after he issued his statement, it became clear that he doesn’t need to travel to be affected by the guidelines. Officials in Washington, D.C., announced the city met the threshold to be considered a place with “substantial” spread of the coronavirus, meaning an average of 50 new cases per 100,000 people.

Under the CDC recommendations, that means people should wear masks indoors in public settings like offices and businesses. So once again there are signs outside the West Wing once again reminding people wear masks when they stepped inside, even when they’re vaccinated.

Anyone outdoors was exempt from the requirement, but the summer heat made that option unbearable in its own way.

Dr. Rochelle Walensky, the CDC director, said the masking guidelines were released because of new research that shows the Delta variant, which is responsible for the vast majority of the country’s infections, behaves differently from previous versions of the coronavirus.

If someone suffers a rare breakthrough case from the variant, they can carry as much virus as someone who is unvaccinated, meaning they could be contagious and dangerous to others, even if they don’t realize they’re infected or have mild symptoms.

Vaccines remain effective at preventing serious illness from the coronavirus, even when the Delta variant is involved, and the White House is straining to convince more Americans to get their shots. Just under 70% of adults have received at least one dose of a vaccine, meaning the country has yet to reach the target that Biden hoped to meet by July 4.

Biden plans to announce more steps to spur vaccinations on Thursday. After speaking to the intelligence community on Tuesday, he said he was considering requiring federal workers and contractors to get inoculated or submit to regular testing.

If more people got their shots, Biden said “we’d be in a very different world.” Turning to the audience of intelligence officials he had just praised in his speech, “If you’re not vaccinated, you’re not nearly as smart as I said you were.”