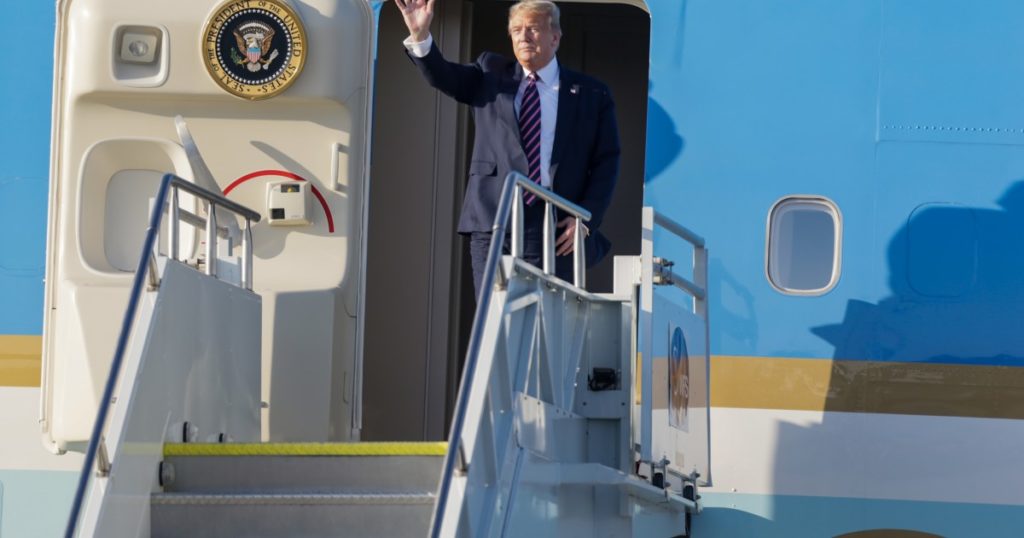 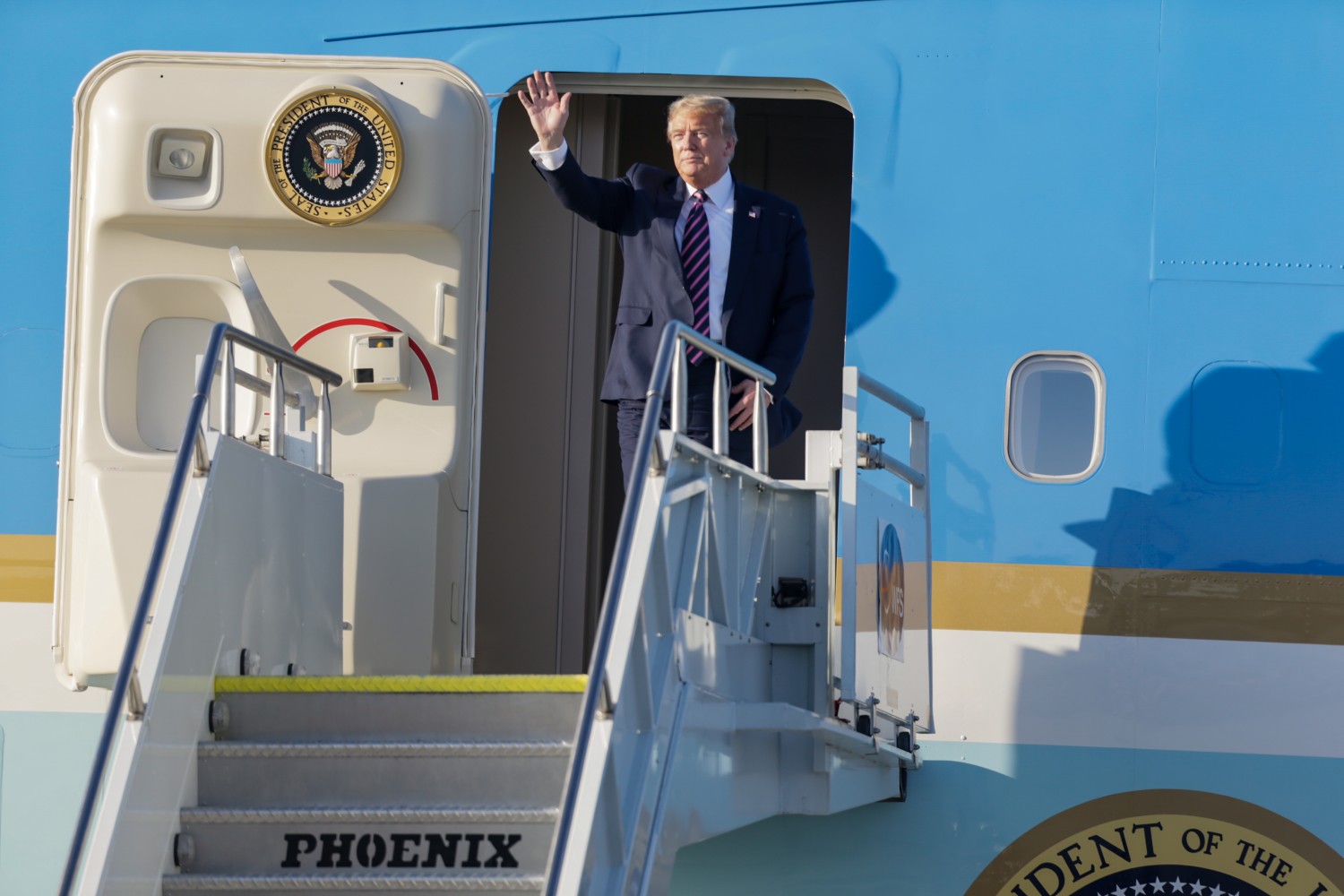 Every president leaves a legacy. For Donald Trump it is, among many things, a Republican Party in worse shape than he found it.

He won 74 million votes in November — more than any Republican presidential candidate in history. Joe Biden, however, received 81 million votes and a clear-cut victory in the electoral college, which is why the Democrat sits in the White House and Trump does not. That’s how our system of representative democracy works.

But Trump didn’t just lose the White House. Under his divisive, ego-driven leadership, Republicans also surrendered control of the House and Senate, a losing trifecta unmatched since 1932 and President Herbert Hoover’s dismal showing amid the Great Depression.

The Democratic hold over Congress is eyelash-thin and both chambers will be very much in play in 2022. For now, though, Democrats have control.

But Trump leaves behind more than just a weakened GOP in Washington, a party torn between its governing and insurrectionary wings.

There was a time, not even a decade ago, when Republicans held roughly half the 2,500 mayoral and city council seats in California. No more. Today, that number has fallen to just about a third while Democrats now hold a majority.

The GOP decline is “happening everywhere,” said Robb Korinke, who crunched the numbers for GrassrootsLab, a firm that conducts nonpartisan research on local government throughout the state. “The Central Valley. The Bay Area managed to get bluer than it was. L.A., places like the San Gabriel Valley and South Bay. Orange County, places like Irvine and Fullerton. The Inland Empire. San Diego.”

The only place that gained Republican representation was Kern County, which, notably, is the home of House GOP Leader Kevin McCarthy of Bakersfield.

Local elections in California are officially nonpartisan. Unlike congressional or legislative contests, there is no party primary to determine the nominee, no party designation listed on the municipal ballot. So even though Republicans have been shut out in statewide contests for well over a decade, rendering them all but impotent in Sacramento, party members more than held their own at City Hall. As the saying goes, there were no “Democratic” or “Republican” potholes waiting to be filled.

But things began to change in the last five years.

Part of that was structural, including movements that aligned municipal elections with balloting for state and national offices, resulting in increased voter turnout that tended to boost Democrats.

(Although there is no party listed on the ballot, GrassrootsLab compiles its data by checking the party registration of local lawmakers.)

Much of the GOP implosion, though, is attributable to Trump and the way he cleaved the country into pugnacious political camps and supercharged the Democratic opposition.

“When Republicans ran on issues without the scarlet ‘R’ ” — Republican — “they did quite well,” said Mike Madrid, a conservative strategist, partner in GrassrootsLab and co-founder of the anti-Trump Lincoln Project. “The problem is now there’s no avoiding what’s become the scarlet ‘T.’ You have to wear the Trump brand and that is so, so toxic. And it’s trickled down to every level of elected office.”

These days just about everything, it seems, has turned into a partisan fight, including apolitical potholes. That’s a problem for Republicans in a state where they are vastly outnumbered.

The change in local government, though, goes beyond increased Democratic dominance. The ranks of Black, Latino and Asian American mayors and city council members have also grown significantly in the last five years.

“Ten years ago, the median council member was a retired banker, a retired cop, an older white guy, folks who on the natural tended to be Republicans,” Korinke said. “Today, there is no median. It may be an Asian Pacific Islander Realtor, a Latino activist or a white mortgage broker.”

One factor is a switch in many localities from citywide to district elections, which makes it easier for political newcomers and candidates who lack personal wealth or an extensive fundraising network to win office.

But once again there is the Trump effect, a backlash that spurred increased engagement and activism among women, people of color and others he disparaged. Groups like Run For Something and Our Revolution, a spinoff of Vermont Sen. Bernie Sanders’ presidential campaigns, urged those antagonized by Trump to channel their anger and dismay into a run for local office.

The effects are likely to linger even with Trump pried from the White House.

One problem for Republicans is that local offices often serve as a proving ground for up-and-coming politicians. In November, for instance, the GOP took back a coastal congressional seat the party lost two years ago when the chair of the Orange County Board of Supervisors, Michelle Steel, narrowly toppled freshman Democrat Harley Rouda. One big reason for her victory was Steel’s years-long connection to the community.

Fewer local officeholders means fewer political prospects to launch into higher office, a problem that could plague the GOP for years to come.

“Historically, somewhere between two-thirds and three-quarters of the legislature has come from local government,” a pathway that was particularly true of Republican lawmakers in Sacramento, Korinke said. “This is destroying their bench.”

Republicans once dominated California, sending forth generations of national political leaders, including Earl Warren, chief justice of the Supreme Court, and Presidents Nixon and Reagan. But over the better part of two decades, the state GOP has fallen to rump-group status as its leaders promoted policies and embraced personalities that antagonized a growing number of California voters.

The party dug itself a hole. Thanks to Trump, that has grown into a chasm.