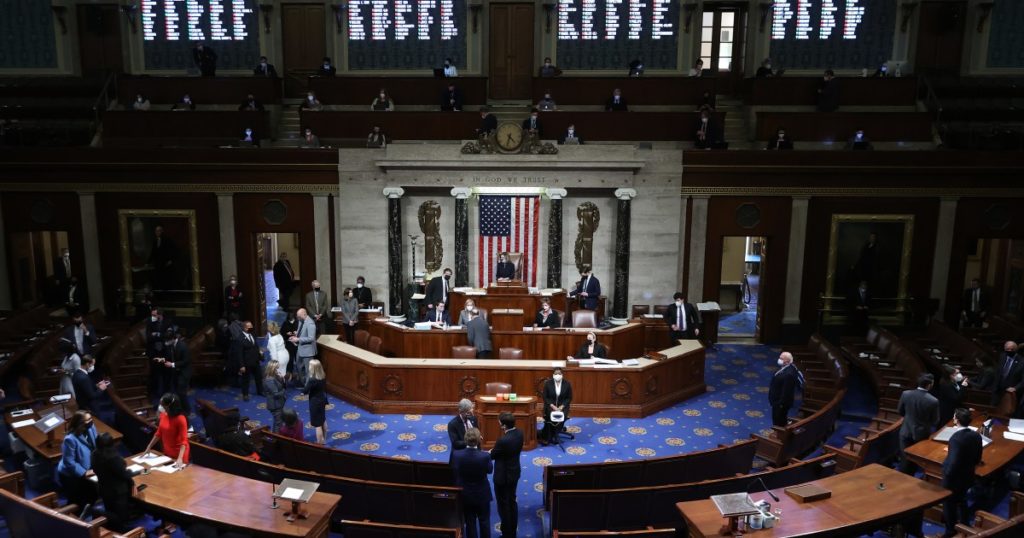 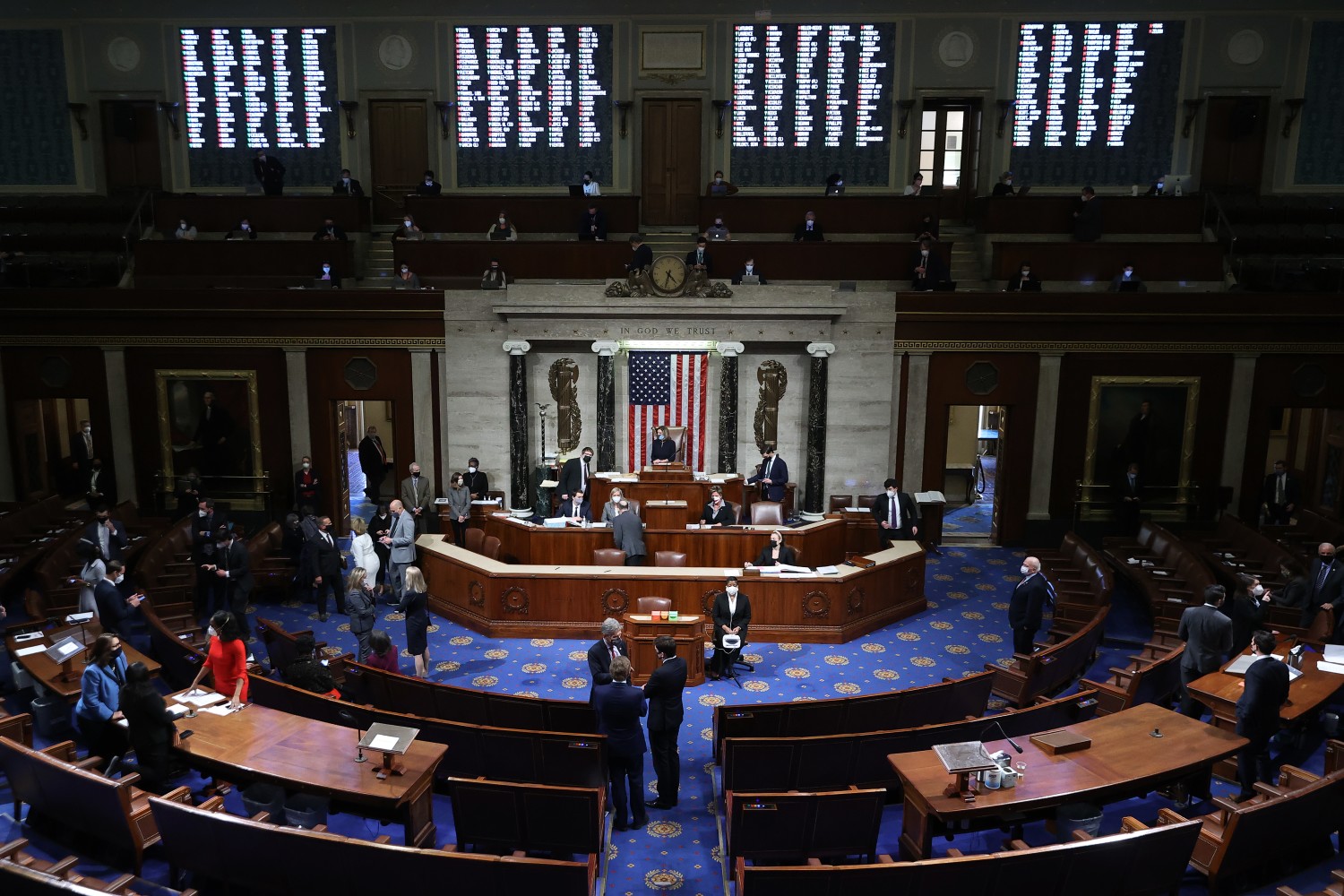 Soon after the Sept. 11 attack, in the hollow-eyed hours that followed, there was a shining moment on the steps of the U.S. Capitol, when members of Congress, Democrat and Republican, spontaneously joined in a shaky but heartfelt rendition of “God Bless America.”

It was a moment of grace, an act of defiance, a determined show of unity at a time it seemed the country, after a bitterly disputed election settled by a hair’s breadth, was hopelessly divided into warring partisan camps.

There were few such moments of transcendence Wednesday as lawmakers, for the first time in history, voted to impeach a president for a second time.

The proximate cause, the desecration and pillaging of the Capitol by terrorists goaded by President Trump and his grievance, recollected the shock of the attack on the Eastern Seaboard by terrorists who turned a fleet of jetliners into a rain of guided missiles.

The response on Wednesday, though, was drearily predictable and altogether emblematic of a country where a moment like the one 20 years ago seems like a memory from a long-gone political past. When it comes to partisan antagonism, it seems there is no bottom.

With every Democrat in favor of impeachment, and the ranks of Republicans just as nearly opposed, the outcome was never in doubt. Trump’s name will be darkened forevermore.

That left only hours of explication, of speechifying, conducted under House rules in the manner of a tennis match: one side serving, the other volleying in response. The result of all the back-and-forth was a recapitulation of the last four years and its rubbed-raw divisions.

“He is a clear and present danger to the nation that we all love,” said Speaker Nancy Pelosi, the Democrat from San Francisco.

“They’re kicking all of us,” said Matt Gaetz, the Republican from Florida, who remains one of Trump’s most devoted defenders.

The debate took place in a barricaded Capitol, which still bears scars of last week’s mob attack and resembled an armed camp, with troops deployed across its marble floors to prevent further incursion. But that was seemingly lost on one Republican after another, as they rose in defense of the vengeful president.

For some, it was an opportunity to yet again press false claims of a stolen election, to defend gun rights, to celebrate Trump and bemoan a “double standard,” equating last summer’s protests against racism with an attempt to violently subvert the will of 81 million Americans and overturn a free and fair election.

Others used the occasion to advertise other political points. California Republican Rep. Tom McClintock of Elk Grove wore a face covering — mandatory under House rules — that read “This mask is as useless as our governor.”

Rep. Marjorie Taylor Greene, the QAnon Republican from Georgia, wore a black mask that read “Censored,” the contradiction apparently lost as she spoke to a nationwide audience of millions.

There was some acknowledgment — though at times grudging — of Trump’s culpability in last week’s lethal assault, his egging-on of supporters before they marched the 16 blocks down Pennsylvania Avenue to storm the Capitol.

“The president bears responsibility for Wednesday’s attack on Congress by mob rioters,” said House GOP leader Kevin McCarthy, his throat tightened with emotion as, for the first time, he publicly held Trump to account. The Bakersfield Republican also swatted away the bogus claim that leftists in the guise of Trump supporters were responsible for the violence that day.

He acknowledged, which he previously would not, that Democrat Joe Biden had won the November election and will be properly sworn in next week as the nation’s 46th president, failing to echo Trump’s fabricated claims of a stolen election.

Still, like many of the president’s defenders, McCarthy objected to impeachment on procedural grounds. Too rushed, he said. Too inflammatory. A bad precedent. Besides, Trump will be gone in a week, anyway.

Impeachment, McCarthy went on, would only serve to further divide the nation at a time it desperately needs healing. “In this country,” he solemnly stated, “we solve our disputes at the ballot box.”

Left unsaid was the fact that McCarthy, just a week ago, joined 138 Republican House members — more than half their number in the chamber — in voting to overturn the Nov. 3 election and negate Biden’s victory so Trump could illegally serve another four years.

It was a Democrat invoking the words of a Republican who showed that at least some in Congress could rise above today’s fashion of knee-jerk partisanship.

Steny H. Hoyer of Maryland, the No. 2 Democrat in the House leadership, concluded presentation of the case against Trump by quoting Liz Cheney, the third-ranking Republican, and her fiery condemnation of the president. His actions spurring the attack on lawmakers, Cheney said in a written statement Tuesday night, was the greatest “betrayal by a president of the United States of his office and his oath to the Constitution” in the nation’s history.

Cheney opted not to speak Wednesday. In the end, only nine other Republicans joined her and 222 Democrats in sanctioning the president for the insurrection he helped spark against the very government he was elected to protect and defend.

God bless America. The country needs all the help it can get.