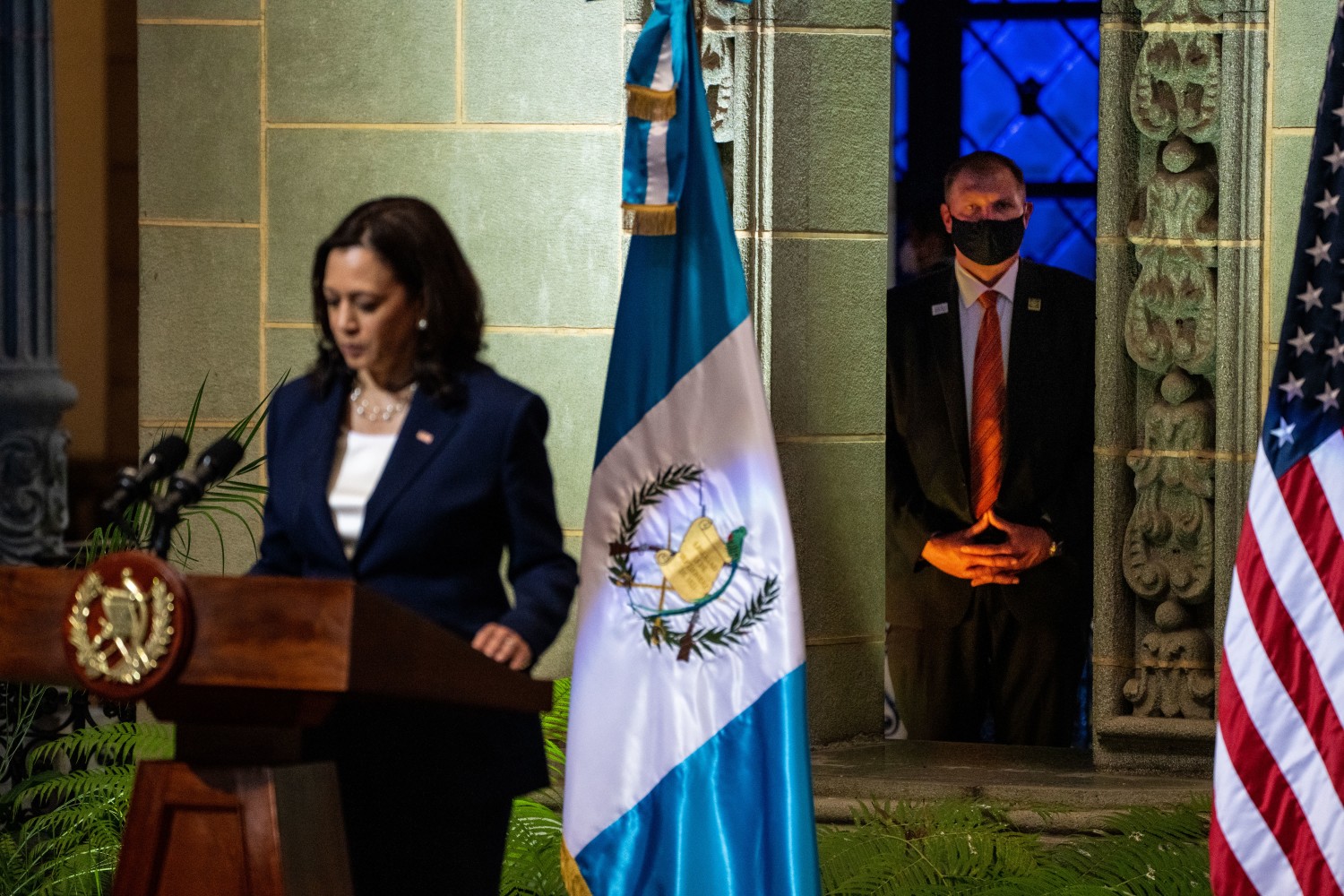 Vice President Kamala Harris ended her trip to Guatemala and Mexico Tuesday by repeating something she has been saying for months: Most people who flee Central America for the United States do not want to leave their homes, and would not do so if they felt safe and economically secure.

That is true. But like everything else about her mission to curb migration to the southern border by addressing the fundamental causes, it’s complicated. And the complications are what make her task so daunting, and perhaps unresolvable anytime soon.

Harris, speaking for the administration, proposed increased foreign aid and economic development programs to supplant the remittances that have fueled the region’s economies for generations. Yet many communities in Guatemala, El Salvador and Honduras have depended for decades on family members who send wages earned in the United States back home. Such foreign remittances account for between 14% and 21% of these Northern Triangle countries’ economies, according to 2019 data from the World Bank.

The vice president inevitably must rely on leaders complicit in corruption to help her tackle the problems in their nations. Yet corruption is one of those problems driving residents away, by siphoning money and impeding the delivery of essential services.

And Harris has said her portfolio does not include the bureaucratic and humanitarian mess at the U.S.-Mexico border, yet that’s where the problems are most evident to Americans.

As Harris left Mexico, she asked for patience and understanding. But as domestic controversies demonstrated during her short trip, she may not get it.

Republicans have been attacking her relentlessly for not visiting the border, prompting her to promise in Mexico City that she will go soon. And liberals have been furious that she gave tough warnings to Central Americans not to make the journey north, even as she was acknowledging the conditions driving many to flee.

Gottschalk supports much of the Biden administration’s approach in aiding Central America but still found himself “rage tweeting” after Harris, in Guatemala, warned would-be migrants not to come and said they would be “turned back” at the border if they did. To Gottschalk, that is a fundamental hypocrisy.

“It is completely inappropriate for a U.S. official at any level — let alone the vice president — to travel to a region and see firsthand the reason people are making this impossible, so-difficult decision to leave,” he said, “and then say heartlessly, ‘We will turn you back.’”

His organization is suing the Biden administration for continuing a Trump administration policy under which border officials turn away asylum-seekers by citing the pandemic as a public health emergency. Under U.S. law, migrants at the border have the right to seek asylum.

The comments from Harris did not represent a change in administration policy; President Biden has said much the same thing. But for Harris to say it in the region, as she talked mostly about alleviating poverty and violence, was different — jarringly so.

Harris, asked twice about the shift in emphasis as she left Guatemala for Mexico on Monday night, tried to move the discussion back to her primary focus — mitigating the effects of the pandemic, natural disasters and other problems.

But she did not backtrack. The administration has tried, without much success, to straddle the line between sympathy and toughness, given concerns over the high numbers of children and families coming to the border with smugglers, and the ongoing political pressure that comes with the increase in migrants.

Administration officials are aware of the challenges in communicating the complex messages. But for the most part, they simply have to deal with the situation they face — just as President Trump and President Obama did before Biden and Harris.

Ricardo Zúñiga, the administration’s special envoy to the region, was pressed by reporters in Guatemala about that country’s decision two years ago to dismantle an international body aimed at fighting corruption, a source of ongoing concerns about President Alejandro Giammattei’s commitment to fighting graft.

Zúñiga didn’t have an easy answer. He said the defunct anti-corruption body was “very successful,” but he but made clear he did not expect Giammattei to resurrect it.

“The point is not that there’s one specific model,” he said, trying to sound hopeful. For the United States, he added, “The point is to provide support to the people within the government” or the judiciary.

That’s the kind of statecraft that Harris, who is new to diplomacy, is learning on the job. She appeared to enjoy her meeting with Mexican President Andrés Manuel López Obrador, which lasted for more than two hours on Tuesday, even as critics have been alarmed at the populist leader’s attacks on journalists and other independent watchdogs.

Harris has been made aware of López Obrador’s antidemocratic tendencies. But administration officials say that she has to establish a constructive working relationship with him, given his country’s importance to the United States when it comes to border security and trade.

Harris has avoided meeting with Honduran President Juan Orlando Hernández, who has been implicated in drug trafficking, and Salvadoran President Nayib Bukele, viewed as increasingly authoritarian.

Jason Marczak, director of the Atlantic Council’s Adrienne Arsht Latin America Center, said the problems Harris is confronting in Central America — economic inequality, poverty and elite rule — have been intractable for the better part of a century.

“Her being able to solve it in a couple months since getting the portfolio on her desk” is not realistic, he said. “This is an important but first pass at a challenge that has been vexing for these societies for quite some time.”

Ariel Ruiz Soto of the Migration Policy Institute credits Harris for tackling the problem but says the administration is not doing enough to provide humanitarian protections for people in harm’s way, nor is it creating enough legal ways for people to immigrate to the U.S. from those countries.

“That’s what’s really missing in the conversation. In Central America, there’s really not a pathway” for people to immigrate outside the asylum system, Ruiz Soto said. “There has to be a different option.”