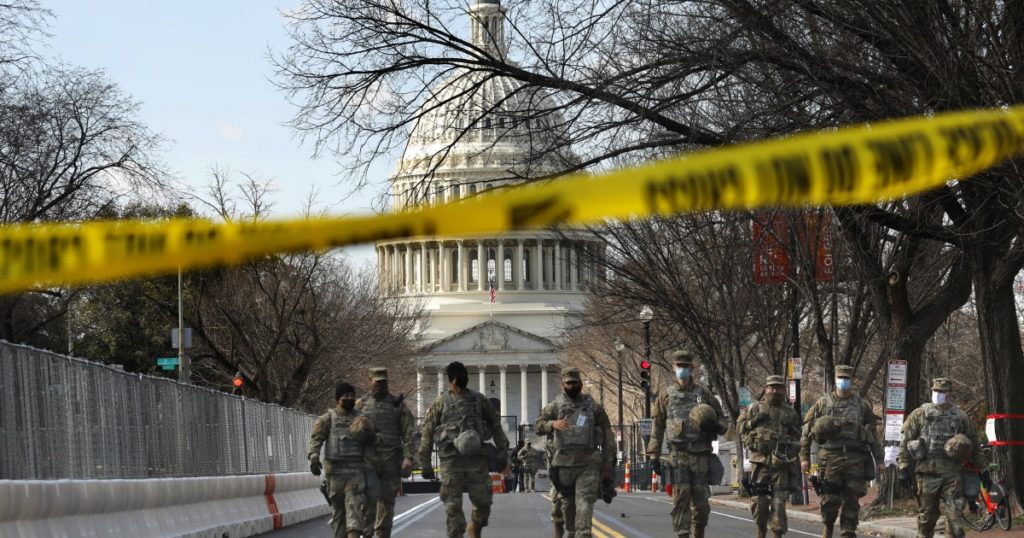 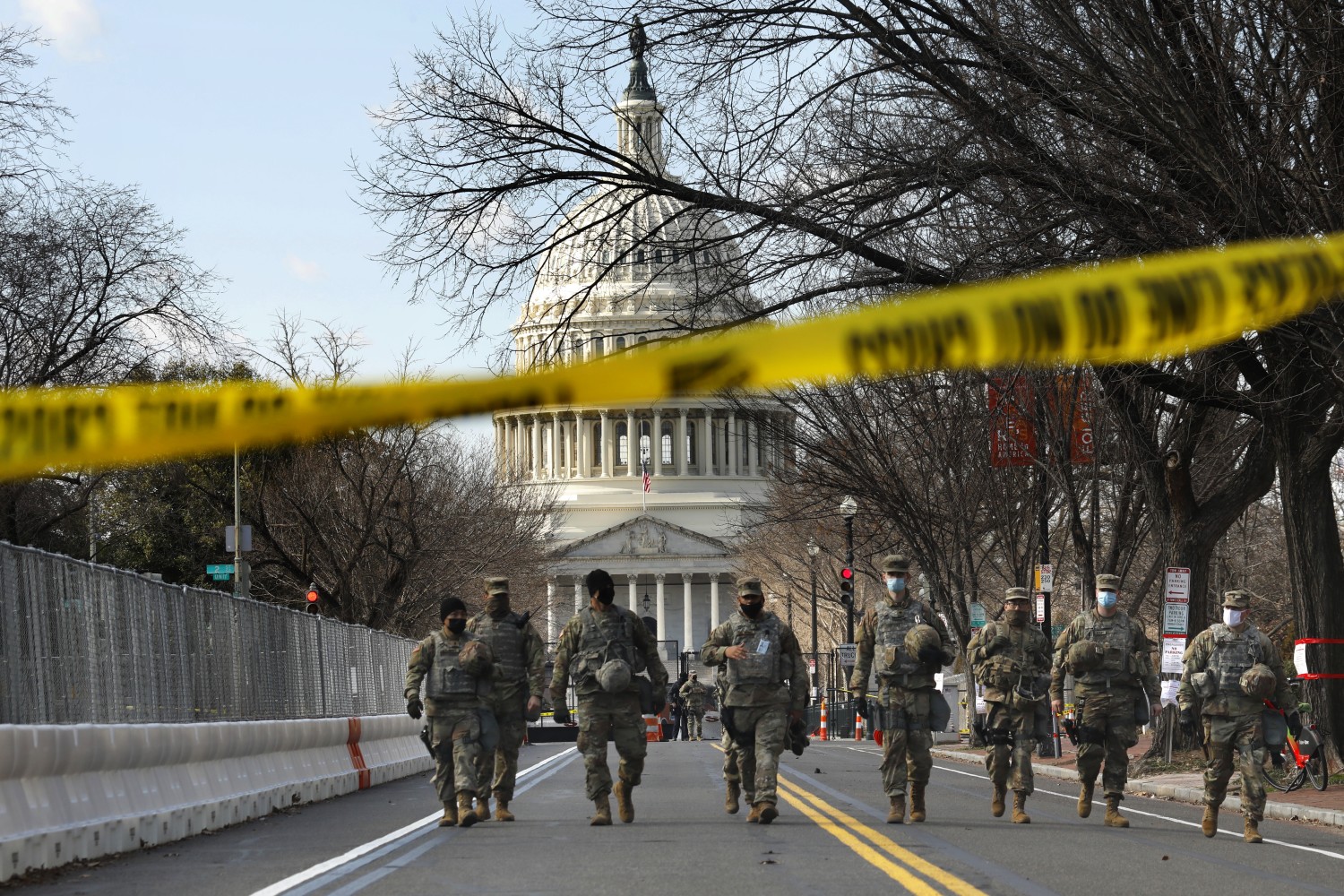 Few U.S. presidents taking the oath of office have found themselves on quite the razor’s edge of peril and promise as Joe Biden. Scourge to some, savior to others, he is the calm after a raucous four-year carnival, a leader who must quell a pandemic, restore an economy and mend a nation at war with itself as he at last steps into the role he has desired for decades.

American presidential inaugurations have often come against the backdrop of momentous events — the Civil War, the Great Depression, the war in Vietnam, the civil rights era. For Biden, at 78 the oldest president ever to take office, the burdens are great, with many of those he will govern refusing to recognize the very legitimacy of his victory.

Together with a trailblazing vice president-elect, Kamala Harris, Biden on Wednesday inherits a country shadowed by insurrection and contagion. The two will take their oaths of office on the steps of a Capitol overrun by marauders just 14 days earlier, as the U.S. death toll from the coronavirus shudders its way past 400,000 and financial hardship tightens its grip on millions of American families.

Across the country, many Americans saw a moment of national ideals tested, and sometimes found wanting.

In the high desert of New Mexico, a retired university professor ruefully remembered the “city invincible” dreamed of by Walt Whitman, poet of democracy. On the Florida campus of a historically Black university, built on the site of a former slave plantation, a young female student wondered whether this was a longed-for time to “breathe a little more, a little easier.”

An Arizona pastor who once supported President Trump now repudiates a man he sees as “leading us into civil war.” An Oregon registered nurse who treats COVID-19 patients sought to bridge a bitter divide by reaching out to protesters who carried weapons but scoffed at face masks. A Texas carpenter defiantly declared he would “die for Trump.”

Discord and disillusionment, interspersed with gestures of grace: In the tumultuous events of recent weeks, and the hazy outlines of what lies ahead, some heard the cadences of a particularly American story.

“To Whitman, democracy is an experiment,” said Bruce Noll, a retired University of New Mexico professor. “It has to be renewed constantly by every generation.”

Fifty-one years ago, Noll, 77, memorized much of Whitman’s epic poem “Leaves of Grass” and performed it in the poet’s persona, eventually touring 27 states and five foreign countries. He was hiking outside Albuquerque on Jan. 6, he said, when a friend called him in tears with word of the Capitol being stormed by a mob of extremist Trump supporters.

Whitman’s line, he said, immediately came to mind: “I dream’d in a dream I saw a city invincible.”

“The good part about what happened,” Noll said, “is making people think about the Constitution and what democracy is supposed to be — what are we really about, and what is America supposed to mean.”

Across the country and at the opposite side of the age spectrum, Arriell Drayton, a 21-year-old junior at Florida A&M University in Tallahassee, said life these days sometimes feels like “a tense movie running on repeat.”

But she was heartened by the impending inauguration, especially the ascent of Harris, a Black woman, to the vice presidency. At times during Trump’s tenure, “I have felt truly at a disadvantage, at a loss,” Drayton said.

“That is starting to ease,” she said. “I feel as a Black woman I can breathe a little more, a little easier.”

During the racial justice protests that broke out after George Floyd’s death in police custody in Minneapolis last year, Drayton joined other Florida A&M students in marches in the city and outside the state capitol. She calls the moment “our civil rights movement,” but is under no illusions about the American racial landscape changing overnight.

“It’s a movement that will have twists and turns,” she said, “and will take time.”

Time made all the difference for Kevin Wenker, a lifelong Republican who cast his ballot four years ago for Trump. A pastor who leads Mount Zion Lutheran Church in the Phoenix suburb of Peoria, he said he still considered himself a conservative, but in November, he voted for Biden.

“I don’t recognize my country,” the 70-year-old pastor said.

After Trump’s praise of the “fine people” among those who engaged in deadly 2017 white supremacist violence in Charlottesville, Va., and now the president’s unstinting efforts to overturn the 2020 vote, Wenker saw a man “leading us into civil war.” The Capitol insurrection horrified him.

“I’m very distressed at the state of our nation,” the pastor said. “Our country has to do something about this moment we are in.”

His views have cost him congregants, and he has gotten into arguments with his sister, who lives in Sacramento and still backs Trump. At his church, he prays for both political parties — and for both the outgoing and incoming presidents.

Trying to bridge different worlds is a daunting task. But a few days ago, on an impulse, Kimberly Edwards decided to give it a try.

The 44-year-old registered nurse lives in Lincoln City, an Oregon coastal town where she works in a hospital emergency room. She and her husband, Mike, 45, a teacher and Army veteran, had driven an hour to Salem, the state capital, to do some shopping. Outside the Capitol, they spotted a group of men in tactical gear, carrying long guns.

The couple, politically liberal, asked what the armed group was protesting, and a man in his 20s, who gave his name as Ace, said he and his companions represented “people who are having their rights being stripped away from them.”

The back-and-forth conversation continued for a time.

“I’m not saying you can’t have your guns,” Kimberly Edwards told the men. “I’m just saying you’re here, and it looks intimidating.”

The discussion grew heated. One of the men told her to stop talking about things she didn’t understand. She listened to what they had to say, and shared some knowledge of her own: what happens to COVID-19 patients she treats, some of whom fell gravely ill after eschewing face coverings.

Afterward, she said the exchange had been worthwhile, if frustrating.

“With extremes on all sides,” she said, “it’s very hard to get anything done in the middle.”

In Austin, Texas, Bobby Marshall, a 63-year-old carpenter with a leather jacket and black hat, saw no downside to the Trump years. He was one of a small group of supporters of the president who gathered over the weekend outside the heavily guarded state Capitol complex, a gathering that was calm despite fears of violence in advance of the inauguration in Washington.

“We have lived well, been able to work,” Marshall said. “Salaries are good, stock market is up, until this COVID thing came along. What is there to complain about?”

Echoing the president’s own angry rhetoric, and channeling the conspiratorial churn that courses through the loosely organized but angry cohort of extremist Trump backers, he blamed “antifa, BLM, communists” for any disorder in his state or elsewhere in the country.

“They will never take Texas,” Marshall said. “I would die for Trump.”

In Phoenix, Noemi Romero hoped simply for an end to the fear. An immigrant who came with her parents to Arizona from Mexico when she was 3 years old, the 29-year-old was without resident papers until 2018 when she registered for the Deferred Action for Childhood Arrivals program.

Romero, now a family advocate for the Puente Human Rights Movement, said she and the immigrants she works with live with constant anxiety that “our families and communities could be detained, arrested or separated.”

For her, the change of administrations is welcome. Biden has said he plans to quickly propose an eight-year pathway to citizenship for millions of immigrants residing in the country illegally, as well as a quicker route to green cards for DACA recipients like her.

But hope was tinged with skepticism. In 2013, during Biden’s vice presidency, Romero was arrested and spent three months in detention after a raid at the business where she worked. Back then, Joe Arpaio, later the recipient of a Trump pardon following his dire maltreatment of immigrants, was Maricopa County sheriff.

Romero was measured in her assessment of the president: Trump, she said, was “a very careless person.” Now she will wait to see what happens under a new president.

“Anyone can make promises,” she said. “There are a lot of people in our community who are looking forward to change under Biden. We hope he keeps his word.”

King reported from Washington, Kaleem from Phoenix, Read from Salem and Lee from Tallahassee. Times staff writer Patrick J. McDonnell in Austin contributed to this report.