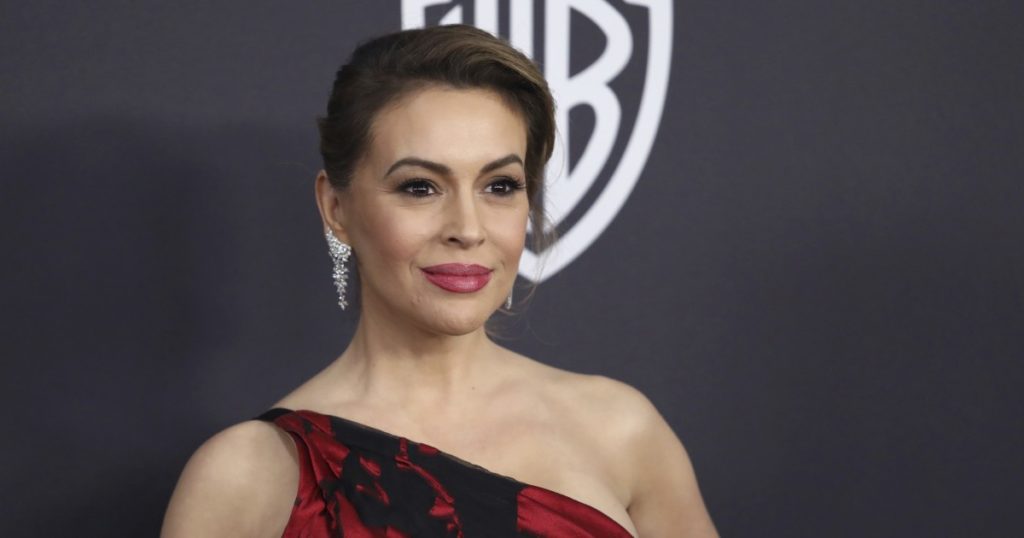 Alyssa Milano, veteran of TV shows including “Who’s the Boss?,” “Charmed” and “Insatiable,” has her eye on a seat in Congress.

“I am confirming that it is possible that I will run for office in 2024,” the actor-activist said Tuesday in a statement to The Times.

Milano told the Hill on Tuesday that she was possibly interested in challenging California’s 4th District Rep. Tom McClintock for his House seat, building on a tweet she floated in late May.

“I split my time between Truckee, Calif., and Bell Canyon, Calif., and the Republicans have basically had a strong arm there in the 4th District,” Milano told the Hill, saying she would love to potentially flip the red district to blue.

The district has consistently chosen a Republican as its House member since 1992, though Democrats were in charge there for 30 years prior. McClintock, who unsuccessfully ran for governor of California in the 2003 recall, has held his seat since the 2008 election.

Milano’s decision wouldn’t happen in time for the 2022 midterms, though. She has a “Who’s the Boss?” reboot in the works, in addition to other commitments, and she couldn’t do that and run for Congress simultaneously.

“It’s going to take someone with, I think, name recognition and deep pockets to be able to run against McClintock, and so I’m considering it,” the COVID-19 long-hauler told the Hill. “I’m basically gathering information right now, speaking to different consultants, speaking to the community.”

Milano’s political ambitions build on her history of activism and embrace of liberal and progressive causes, which is mirrored in her “Sorry, Not Sorry” podcast and likely in her upcoming book of the same name. She was an online leader, for example, in the #MeToo movement and has defended abortion rights. On Wednesday she will rally virtually with Senate Majority Leader Chuck Schumer to discuss canceling student debt.

Milano has worked with UNICEF, PETA and other animal rights groups, and canvassed for various candidates. Leading up to the 2016 election, Milano first threw her support behind Sen. Bernie Sanders before switching to former Secretary of State Hillary Clinton. She endorsed Biden in the 2020 presidential race.

In a May tweet, the 48-year-old actor asked her followers whether she should run against McClintock, who was among 62 Republican representatives who voted against the COVID-19 Hate Crimes Act, which focused on violence against Asian Americans and Pacific Islanders.

The bill, which President Biden signed into law May 20 after it was approved by both branches of Congress, was criticized by Republican Sen. Josh Hawley — the Senate’s lone dissenting vote — as too broad, giving the government “open-ended authority to define a whole new class of federal hate crime incidents.”

Representatives for Milano didn’t respond immediately Tuesday to a request for confirmation, but Milano retweeted a post by a reporter for the Hill who was promoting the story.