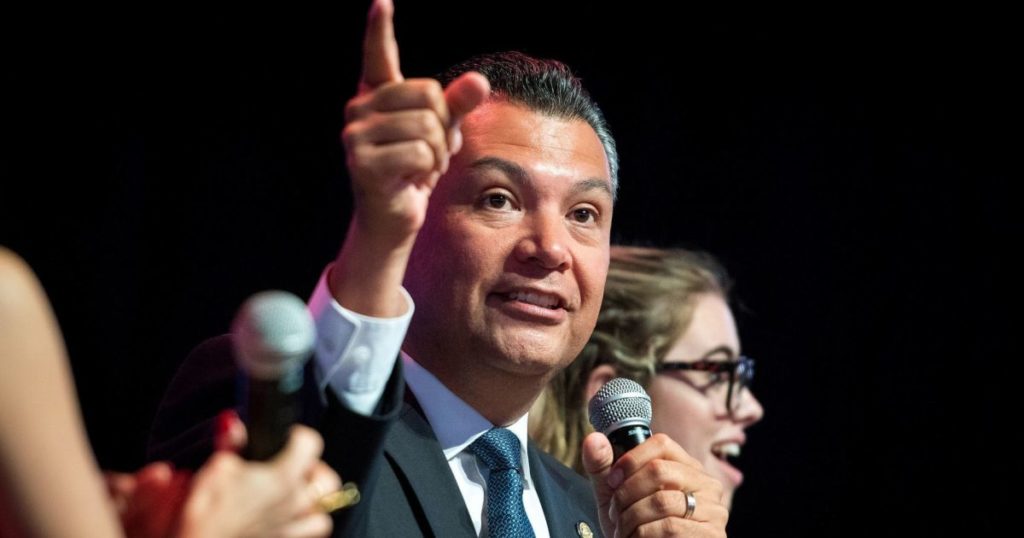 Alex Padilla, a Los Angeles Democrat who once developed software for satellites but later rose through local and state political office to become California secretary of state, was chosen Tuesday by Gov. Gavin Newsom to serve in the U. S. Senate — an appointment that tears down a barrier for Latinos that has stood as long as California’s statehood.

Padilla, a longtime Newsom ally, will become the first Latino to represent California in the Senate, succeeding another history-making politician, Sen. Kamala Harris. Harris, who was the second Black woman and first South Asian to serve in the Senate, in November became the first woman elected vice president of the United States.

The son of Mexican immigrants who settled in the San Fernando Valley, Padilla’s rise to the upper echelon of state politics closely shadowed the steady, decades-long ascension of Latino power and influence throughout California, from L.A.’s towering City Hall to the chandeliered chambers of the state Capitol.

At age 26, Padilla won a seat on the Los Angeles City Council during the anti-immigrant tumult of the 1990s after California voters approved measures requiring “English-only” public schools and banning immigrants who were in the U.S. illegally from government assistance and services. Padilla, who earned a degree in mechanical engineering from the Massachusetts Institute of Technology, went on to become the city’s youngest council president, a state senator and California’s current, two-term secretary of state.

The election of Democratic President-elect Joe Biden and Harris in November handed Newsom one of his most consequential and politically perilous opportunities in his first two years as California governor — deciding who to appoint to fill Harris’ seat in the Senate, among the most coveted political offices in the nation.

Newsom has faced months of relentless lobbying and pressure from powerful constituencies within the Democratic Party, even from some of his closest advisors.

Newsom said the responsibility was something he wouldn’t “wish even on my worst enemy” because his decision, no matter whom he appointed, was destined to raise the ire of those whose wishes were denied. But choosing Padilla also provides Newsom an opportunity to salve some of those relationships — the governor must now fill Padilla’s vacancy as secretary of state.

Padilla’s appointment does not require confirmation by the California Legislature and his U.S. Senate seat will be up for grabs in the 2022 election. That gives Padilla just two years to set up shop in Washington and launch what is expected to be a very competitive, multimillion-dollar Senate race.

Though incumbency provides advantages when it comes to raising federal campaign funds, Padilla will be starting from scratch. Meanwhile, two potential Democratic competitors already have funds socked away in campaign accounts: Rep. Adam Schiff of Burbank has $13.7 million and Rep. Katie Porter of Irvine has $10.2 million.

Rep. Tony Cárdenas (D-Los Angeles), a close friend to Padilla for more than two decades, said he has no doubt that Padilla will win over most Californians, no matter who they backed for the appointment, and beat back any challenge in 2022.

“Alex Padilla, with his personality and his work ethic, is going to be able to unite our state and show us in two short years that he’s ready, willing and able to unify all communities across the state,” Cardenas said. “And then continue to have a very successful career in the United States Senate.”

Padilla, 47, has served as California’s secretary of state since 2015. He became one of the first statewide officials to tangle with President Trump over his unfounded allegations in 2016 that millions of California ballots had been cast illegally. In 2017, Padilla rejected requests by Trump’s voter fraud commission for access to detailed voter information from the state, citing privacy concerns.

His most notable achievement as chief elections officer was his push for enactment of the state’s Voter’s Choice Act, allowing counties to swap out neighborhood polling places for community vote centers as long as they also mailed a ballot to every registered voter. But another high-profile program — the state’s automatic voter registration program at DMV offices — was beset by a number of errors when it debuted in 2019.

“The good news is, they were quickly identified and quickly addressed,” Padilla said in a recent interview. “Overall, the program has been an overwhelming success.”

Padilla began his political career in the working-class neighborhoods of the Valley, where he ran City Council election campaigns for Cardenas and Richard Alarcon.

In 1999, he won his own seat on the City Council representing the northeast Valley. Aided by independent mail and phone campaigns by the California Democratic Party and the Los Angeles County Federation of Labor, Padilla won decisively against a more seasoned candidate, Corinne Sanchez, president of the health services agency El Proyecto del Barrio and a longtime community activist.

“There is a great deal of pride about a barrio boy going to MIT and coming back,” said Miguel Contreras, then the executive secretary-treasurer of the federation, to explain Padilla’s election victory at the time.

Padilla initially lived with his parents in Pacoima while on the council and his first action was to fix a traffic light near the elementary school he attended as a child.

In an emotional inaugural speech, Padilla dedicated his first term to his parents, Santos and Lupe, immigrants from Mexico who worked as a short order cook and house cleaner, respectively. His mother became a U.S. citizen two days after his election, joining his father, who had taken the citizenship oath three years earlier.

Janice Hahn, who is now a member of the Los Angeles County Board of Supervisors, remembers the young Padilla on the City Council as someone who was poised and wise beyond his years.

“He does have an innate ability to empathize and listen to other people,” Hahn said. “Coming to elected office at 26 really helps you grow into the job. He showed a real sense of leadership.”

Two years after his election, Padilla shocked the old guard at City Hall by beating a veteran council member, Ruth Galanter, to win enough votes on the City Council to become president of that body. At 28, he became the youngest person and first Latino to serve as council president in more than 100 years.

A pivotal moment in his career happened during the 9/11 terrorist attacks when Padilla served as acting mayor for four days while Mayor Jim Hahn was stuck in Washington, D.C. Jack Weiss, a former federal prosecutor who served with Padilla on the City Council, recalled being with Padilla when there was a report that one of the planes hijacked by terrorists might be landing in Los Angeles, though that later proved to be false.

“Throughout that morning I remember Alex remaining calm,” Weiss said. “Looking back on his poise then gives me great confidence that he will be poised going forward if he becomes a senator.”

As City Council president, Padilla played a role in the selection of William Bratton as chief of police and was involved in negotiations for approval of the downtown development known as L.A. Live, as well as modernization of Los Angeles International Airport. Padilla also strongly opposed an effort to have the Valley secede from Los Angeles to form a new city.

His state Senate tenure, which was ended by term limits, included an emphasis on health and safety issues. He won approval of a bill that requires California restaurants to post calorie information on their menus to help reduce obesity. He also authored a smoke-free housing law.